We found the swamps on Enoch John Road in Wilkes County, Georgia, in 2011 and drive by them every time we’re in the county. These photos were taken at the eastern swamp on a tributary to Fishing Creek. 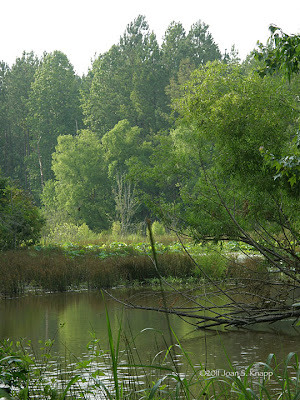 In summer, you’d never suspect anything. The view across the water is blocked by a large stand of American Lotus (Nelumbo luteo). Beavers are in the area but you think that they’d have their lodges further up the swamp. But no…  In the Winter of 2011 we got a better look at the swamp. 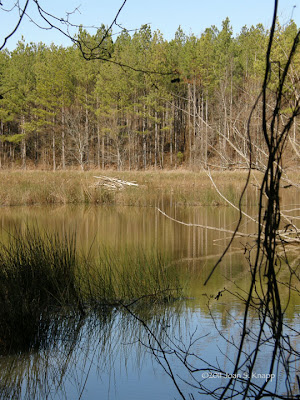 The water is impounded by a dam that is at least six feet tall at its tallest point. 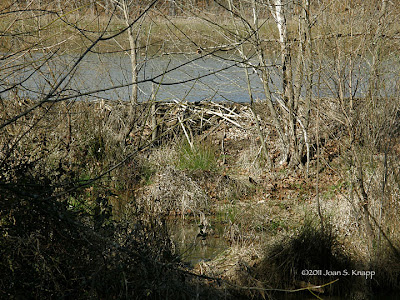 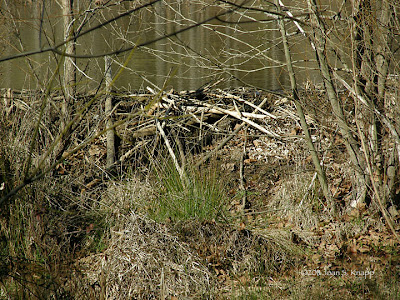 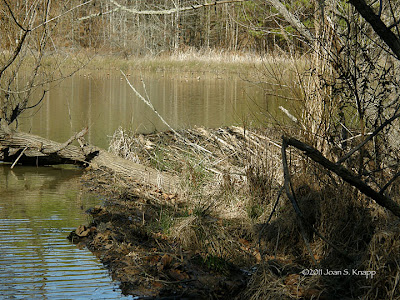 And from the side… 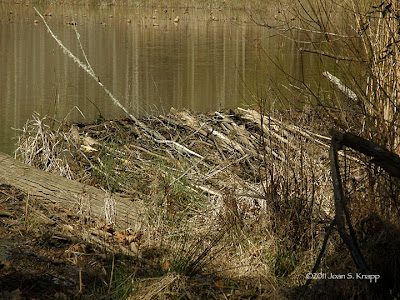 It appeared that the dam had been undergoing maintenance. There was evidence of some new timbers and signs that fresh mud had been applied to the top of the dam. 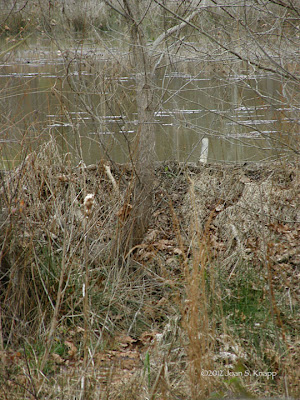 When we stopped by in mid-December, 2012, the dam has grassed over completely. All that is visible of the long, thick trunk that was clearly visible in 2011, is the exposed part above the dam that has weathered. 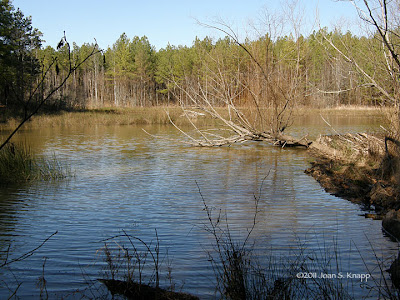 At first we didn’t see it, but then we spotted the beaver lodge. 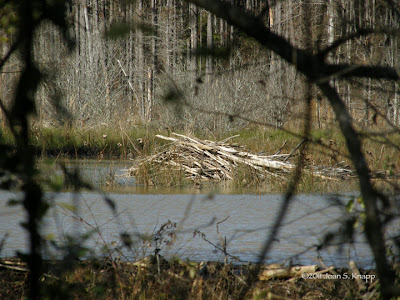 A classic beaver lodge in the middle of the swamp. 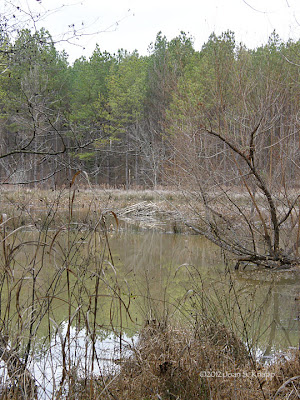 In December 2012, it’s still difficult to see the lodge from the road 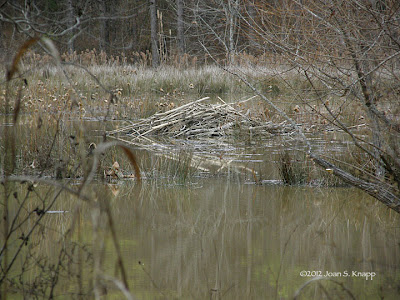 The lodge has weathered and some of the big timers that were on the top right-hand side appear to be in the water in front of the lodge.

We climbed up an embankment to get a clearer view of the swamp. 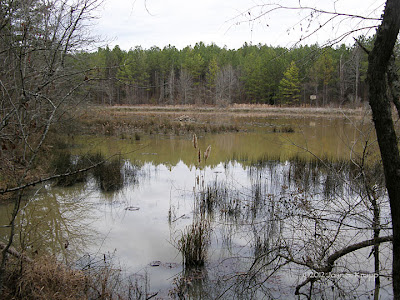 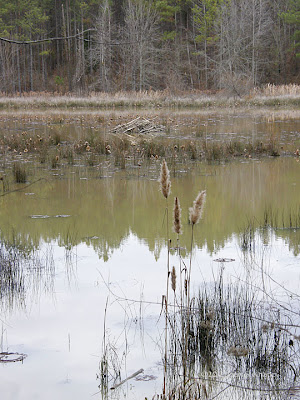 Views of the lodge in the distance. In the summer, the lotus field would block this view. 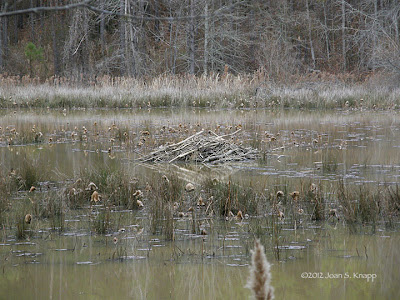 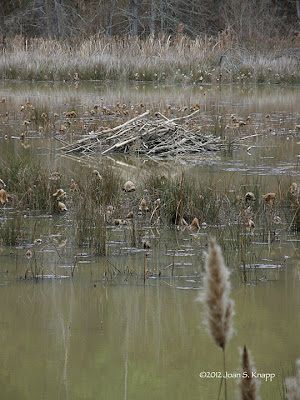 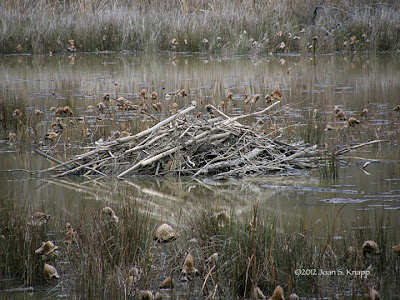 Increasingly closer views from this vantage point. Dead lotus leaves are clearly visible in the water around the lodge.

The icing on the cake would be to catch a glimpse of the beaver swimming in the swamp.
Click on an image to view a larger image