April 3rd, 2014. On our way back from South Carolina, we detoured through Clayton to the Tate City Road on the Tallulah River that we had last visited in late 2012. At that time, we had found seeds of Jack-in-the-pulpit (Arisaema triphyllium) and the Strawberry Bush (Euonymous americanus) as well as blooms ofJewelweed (Impatiens capensis). 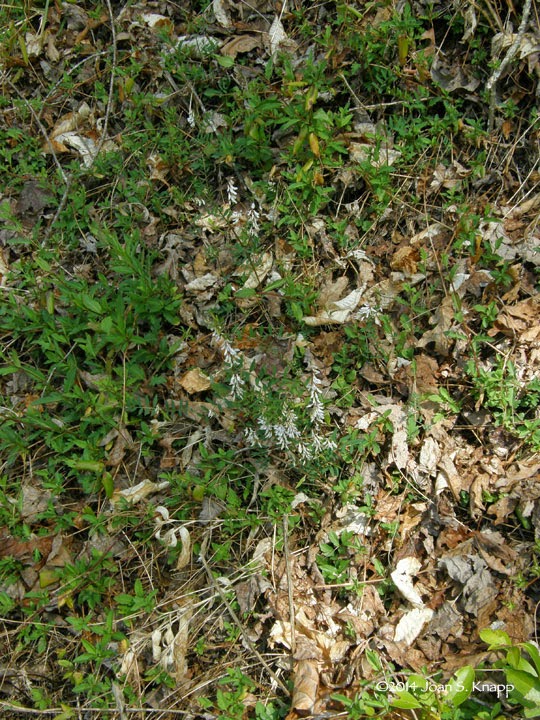 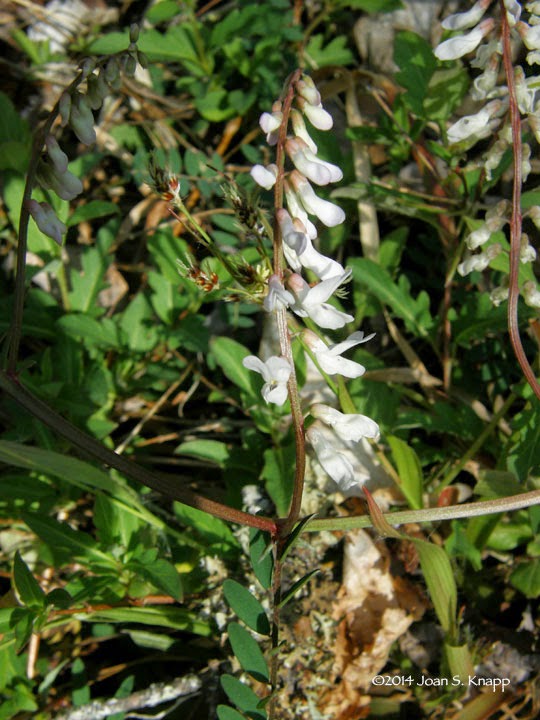 Vicia caroliniana (Carolina Vetch, Wood Vetch, Pale Vetch) was growing on the embankments before we crossed the river. 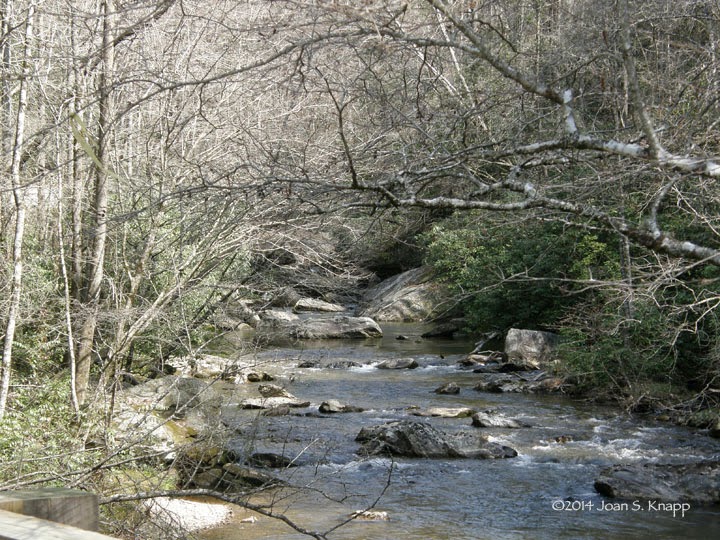 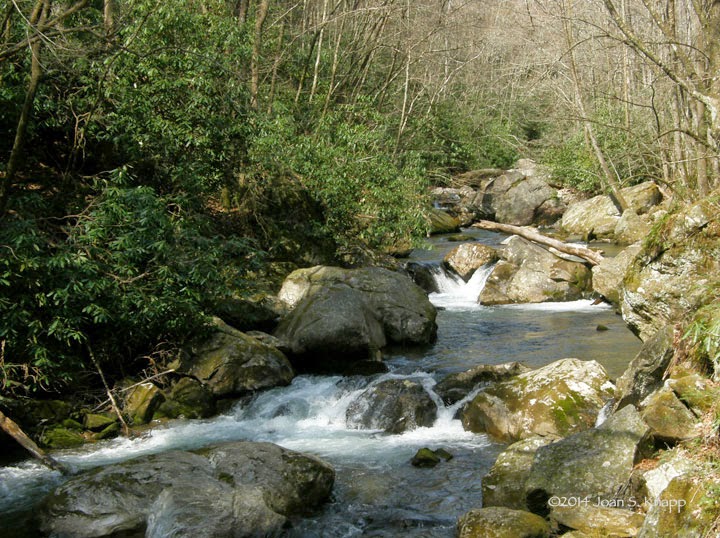 At first, the road runs along the river where the water is flowing over large boulders for some distance. We saw wildflowers on some of the steep embankments that were not easily accessible. 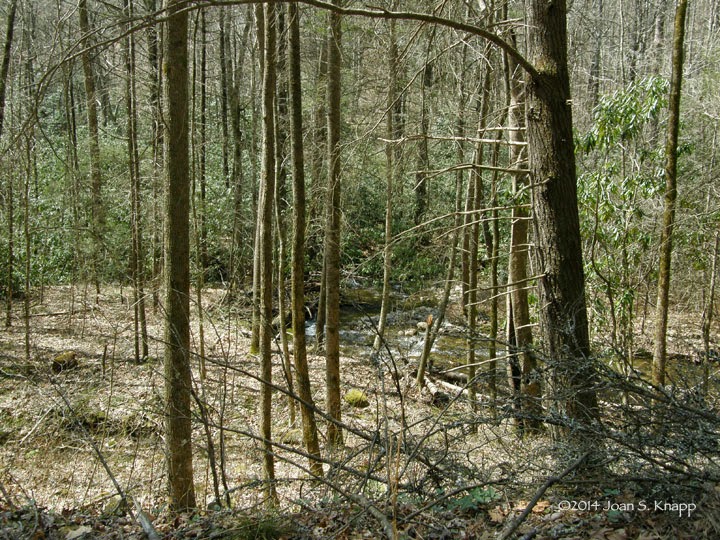 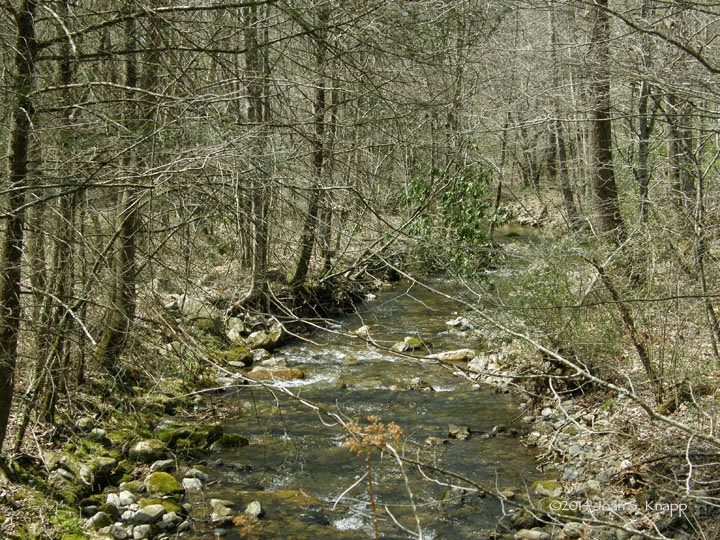 Further up the river, the valley widens. The wildflowers were more accessible. 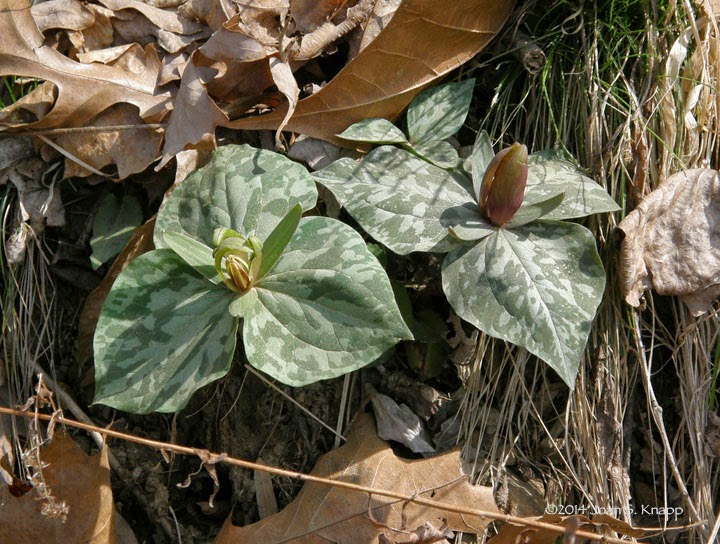 Trillium cuneatum (Little Sweet Betsy, Purple Toadshade) were flowering on both sides of the road. The number of plants with the green form of the flower was striking. 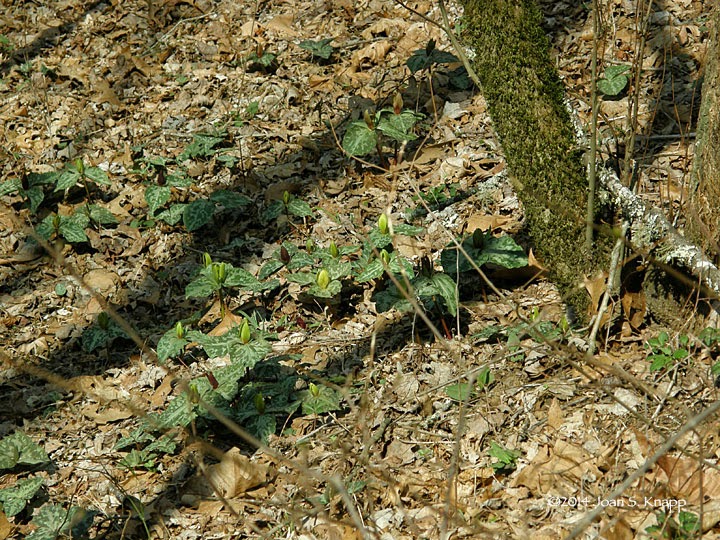 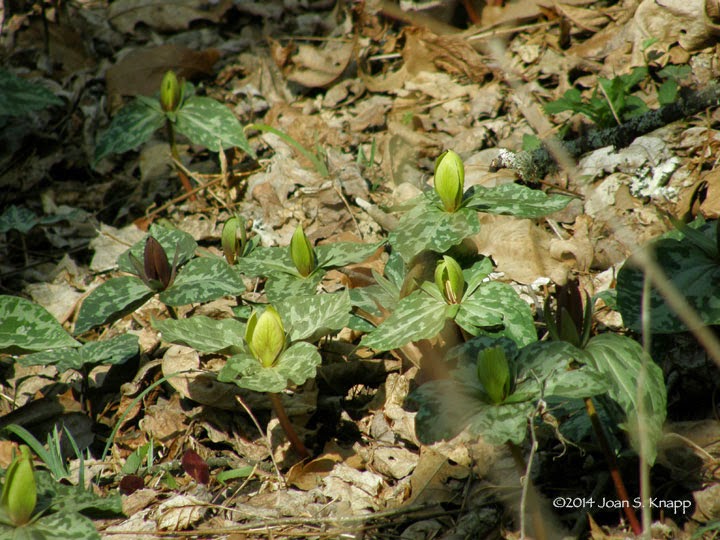 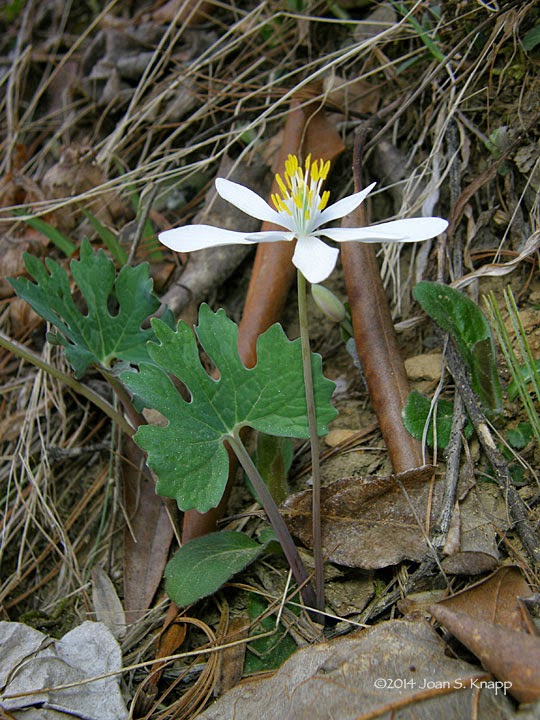 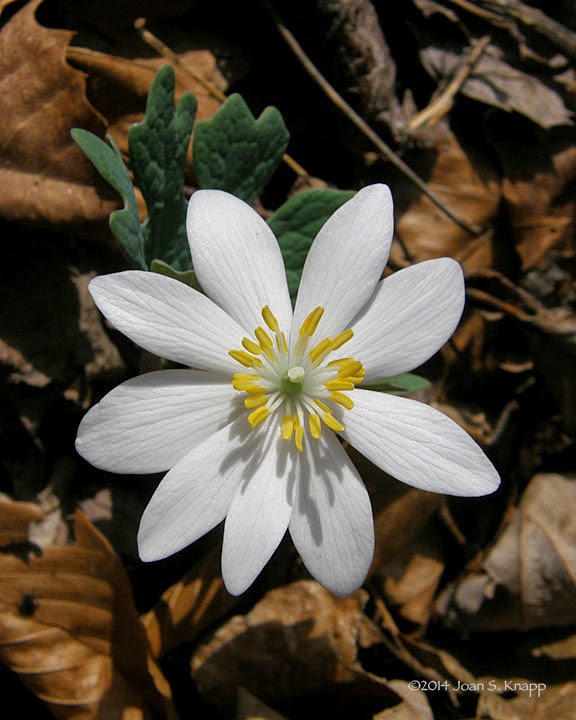 Sanguinaria canadensis (Bloodroot, Red Puccoon) plants in bloom were plentiful on many embankments. 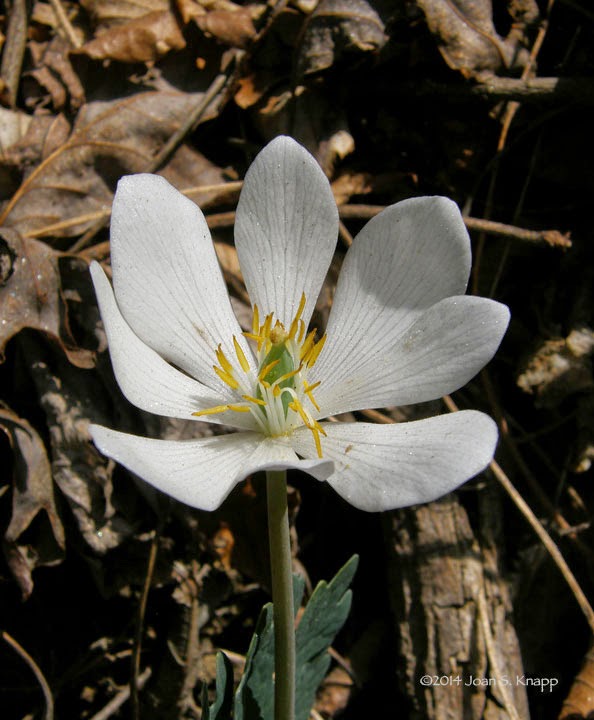 Some were starting to develop seedpods. 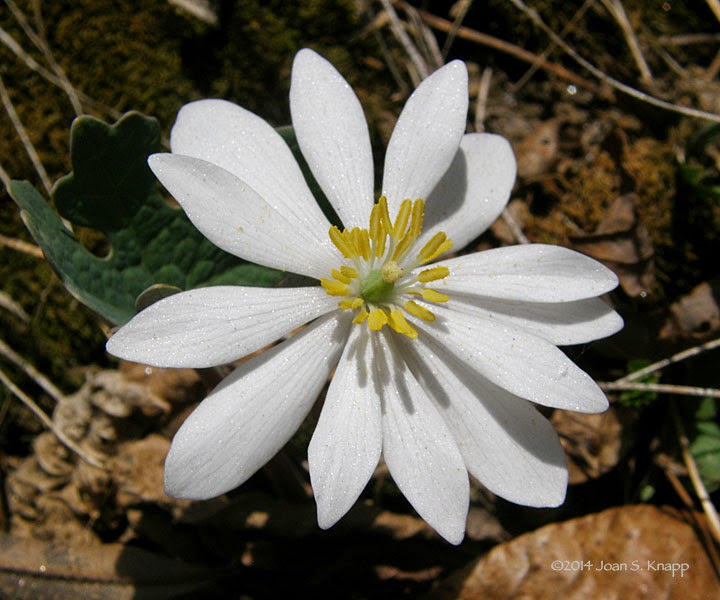 In addition to the ‘normal’ Bloodroot flowers, we found quite a few ‘double’s. 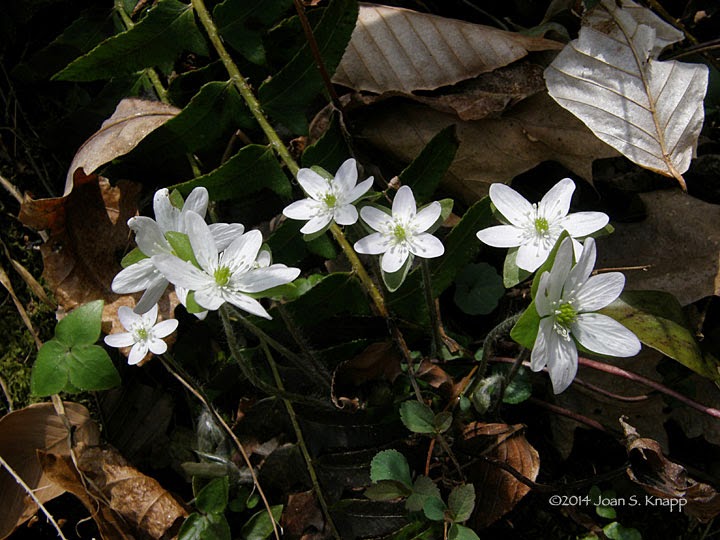 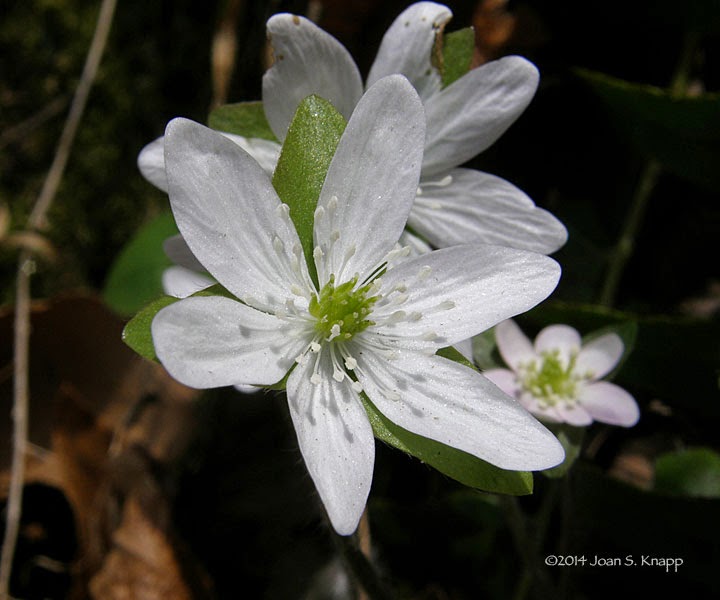 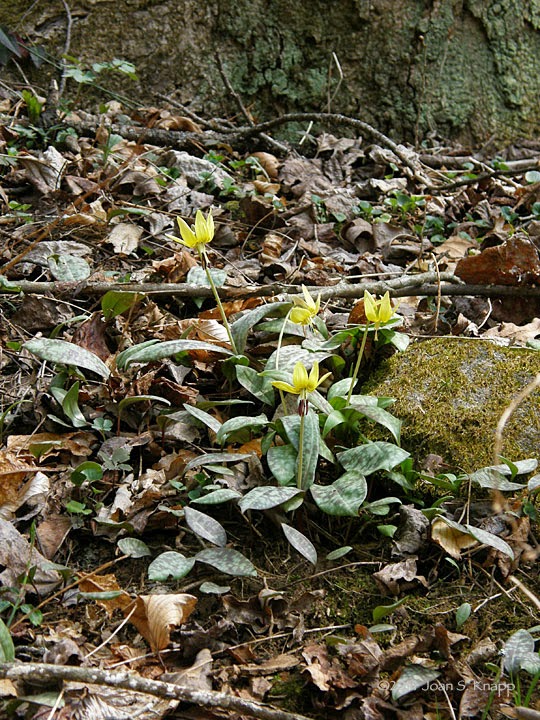 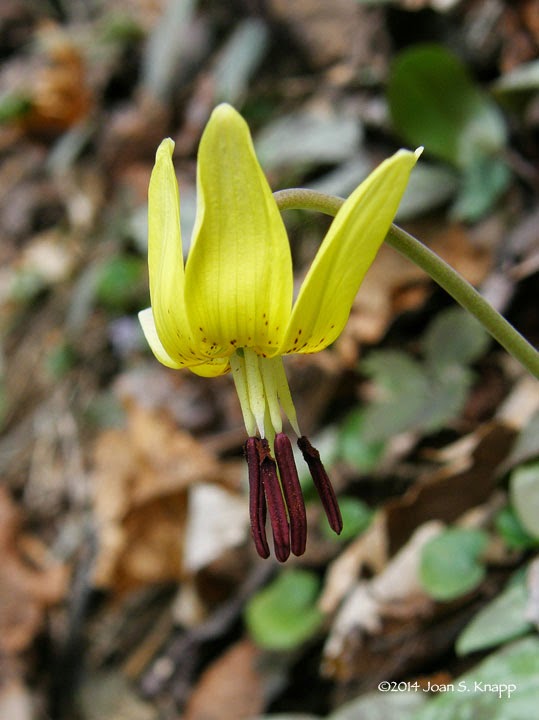 Erythronium umbilicatum (Dimpled Troutlily, Dimpled Trout Lily, Dogtooth Violet). We found only two small patches of these lilies. It was surprising that they were still blooming.


At the end of the road, we found a number of wildflowers, some just starting to blooms or finishing for the season. 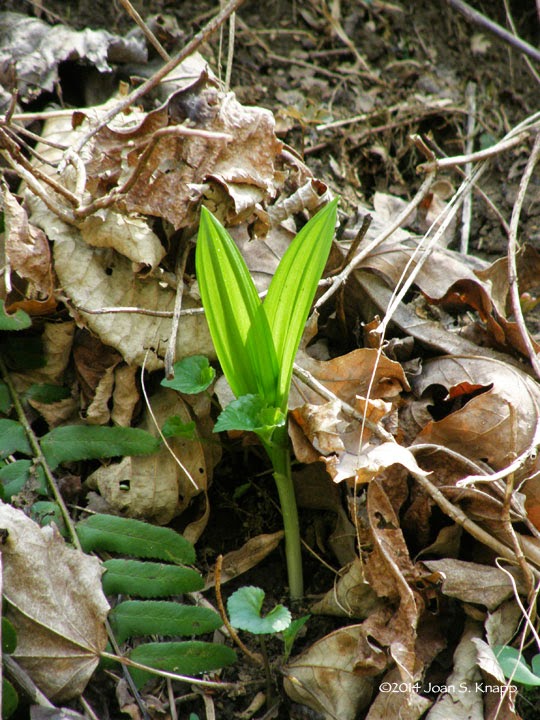 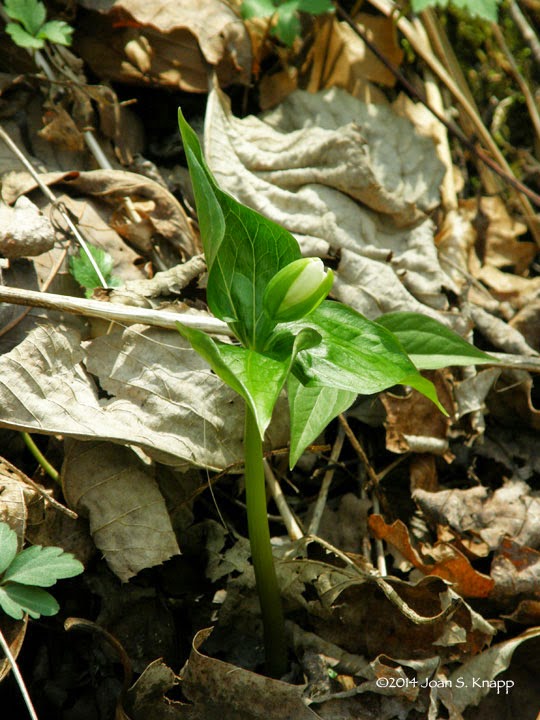 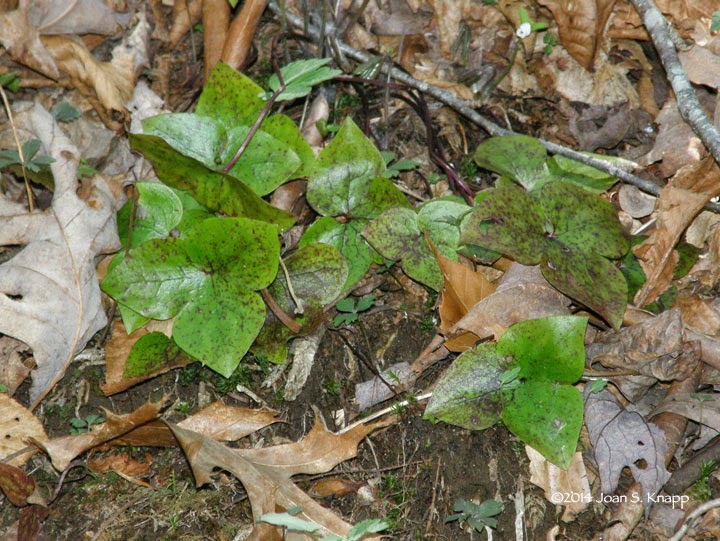 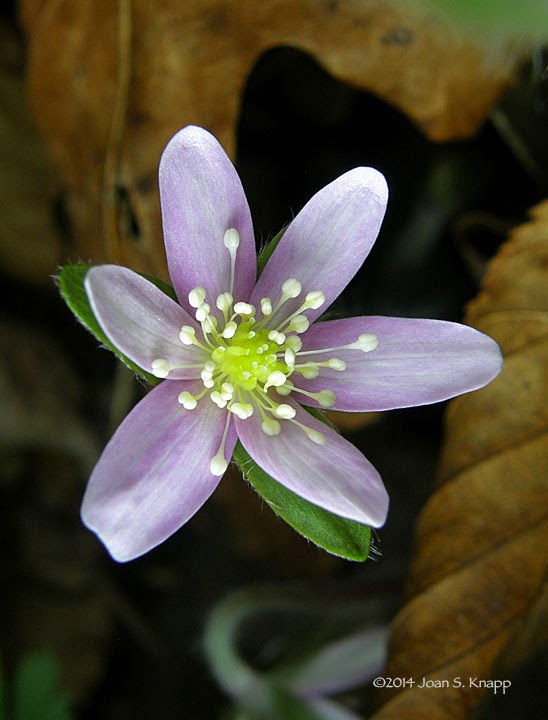 This is a rich botanical area for Spring wildflowers and well-worth a visit.