September. The last bolete that I’ve been able to identify, thanks to friends on the Facebook ‘Boletes of North America’ group, was the Pale Bitter Bolete (Tylopilus rhoadsiae). 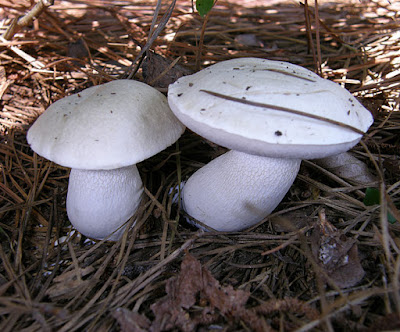 I spotted a pair of white boletes under a small bush a few feet from the base of a Loblolly Pine (Pinus taeda). They were striking because they were almost pure white against the dark background. The caps were approximately 2.5-3 inches diameter and they stood about 3 inches high. 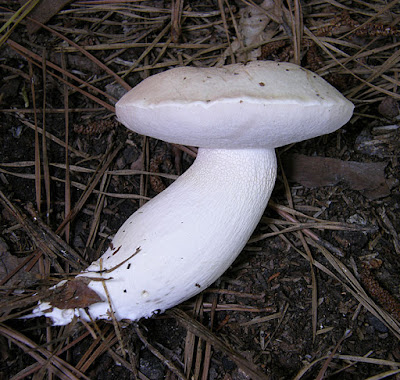 Closer inspection showed that the caps were slightly gray with pure white stems and pore surfaces. The pore surface darkens to a pink-gray color with age due to the color of the spores. 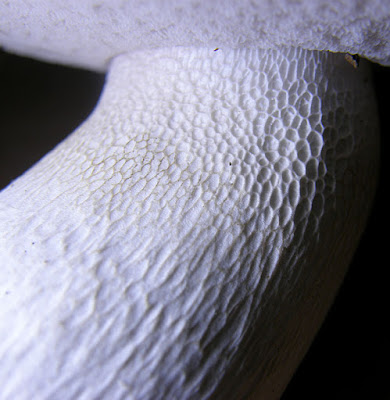 The stems showed delicate reticulation, particularly towards the apex.

I found several smaller boletes around the base of the nearby pine tree a little way south of the bridge to the Fishing Area. The specimens I photographed were probably associated with roots of that pine. I didn't find them in any other location along this trail.

Tylopilus rhoadsiae is one of the rare white boletes and is also unusual because it is mycorrhizal - associated with the roots – with pines. Most boletes I found in this area were mycorrhizal with hardwoods.