June 23rd. We’ve had almost 28 inches of rain this year; more than half our annual rainfall during a good year. The moisture has brought out some surprises, and this was one.
I was walking my usual trail. There’s an area where eastern fence lizards and anoles seem to gather in the spring. For some reason, I keep an eye on this short section of trail throughout the year, even after the lizards have disappeared for the season.

So… On this morning as I walked along, it was a… 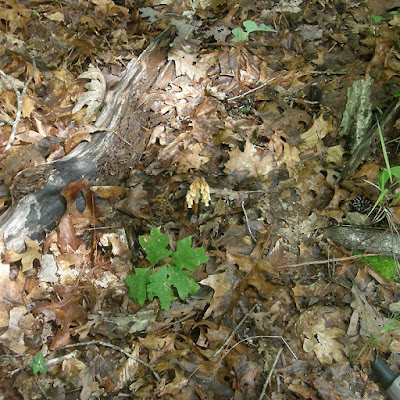 shape ‘that didn’t fit’ that caught my attention. I knew immediately what it was: Pinesap (Monotropa hypopitys). Although I knew what it was, it was hard to believe that it was flowering here. 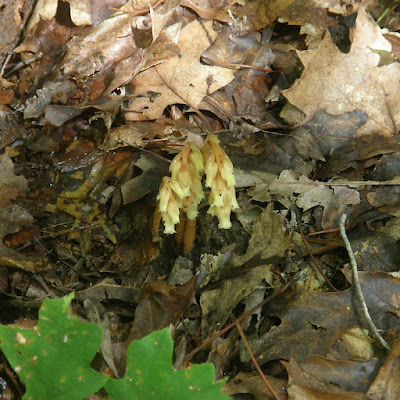 A closer view from the trail.

This is one of those occasions when I lie in the leaf litter to get better photos of the plant. 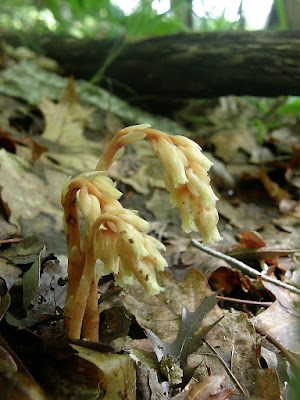 It was blooming at the base of a relatively steep slope in a predominantly hardwood forest. 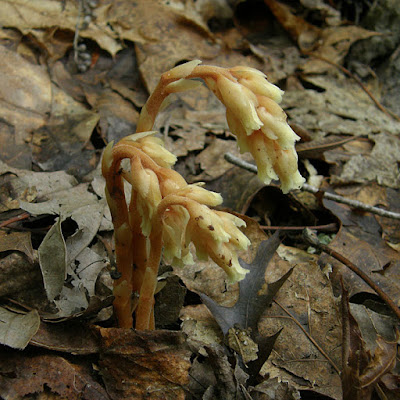 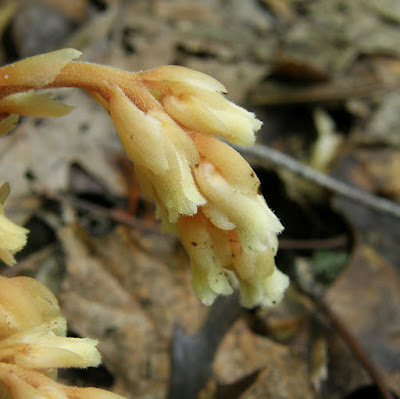 Close-up views of the flowers.

I went back few days later to see if the stems had darkened at all. 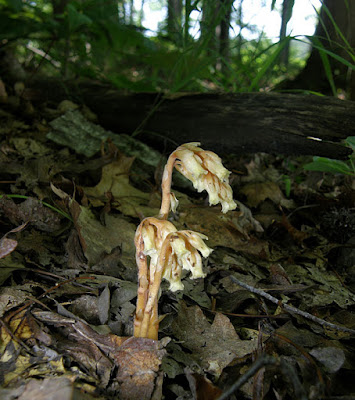 These flowers were pale, which is typical of flowers early season flowers. Later in the year, the stalks would be red and the flowers a slightly deeper yellow with reddish tints on the flowers.

Monotropa hypopitys is distributed widely in North America. The plants are pale because they don’t produce chlorophyll; they obtain nutrients though mycorrhizal fungi with micorrhizal  association with tree roots.

I’ve walked this trail for several years and know many individual plants by name. I’ve never seen Pinesap in this park before, which I why I believe the rainfall we’ve had this year is responsible for its blooming this year by providing good conditions for growth of the mycorrhzal fungus that feeds the plant. This particular location gets morning sun, but is shaded by large oak trees with a healthy layer of leaf litter. It is similar to other areas where I’ve seen Pinesap later in the season.