February 17th, 2014. I was just getting up when I noticed that all the birds at the feeders had scattered. This usually means that a cat or dog is wandering through, or a hawk is flying overhead. However, when I looked out the window, I was very surprised to see a possum - a Virginia Opossum (Didelphia virginiana) - snuffling around in the seed hulls underneath the bird feeders. It was in the shade but I grabbed my camera just in case. These photos were taken hand-held at 1/20th of a second so… 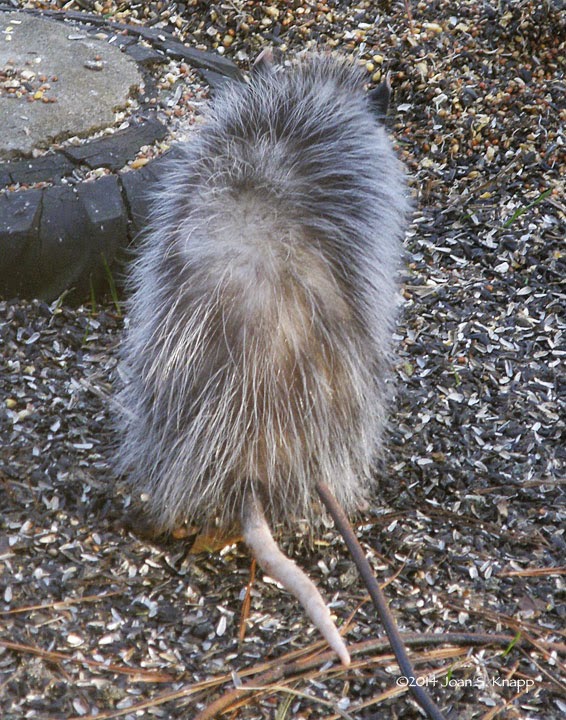 It was standing with its back towards me. I wasn’t terribly hopeful that it would turn around. I expected it to wander off across the clearing and into the woods but… 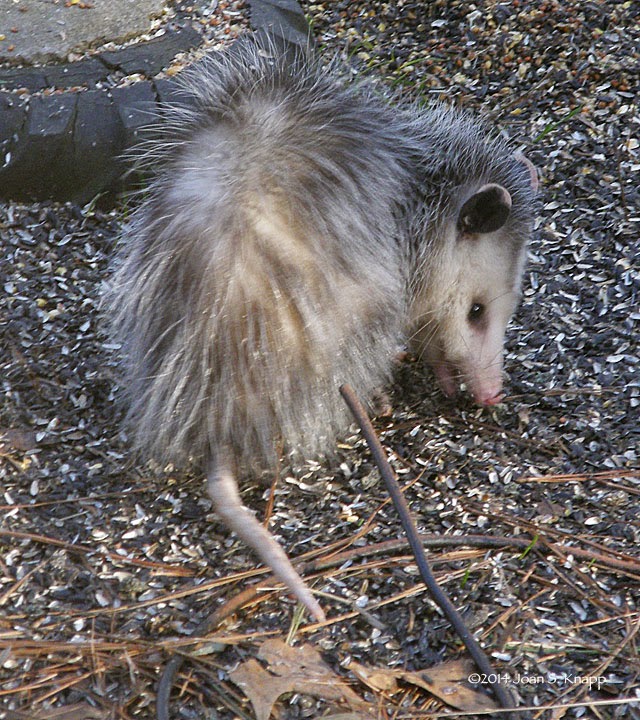 it turned its head just and I caught a glimpse of its face. 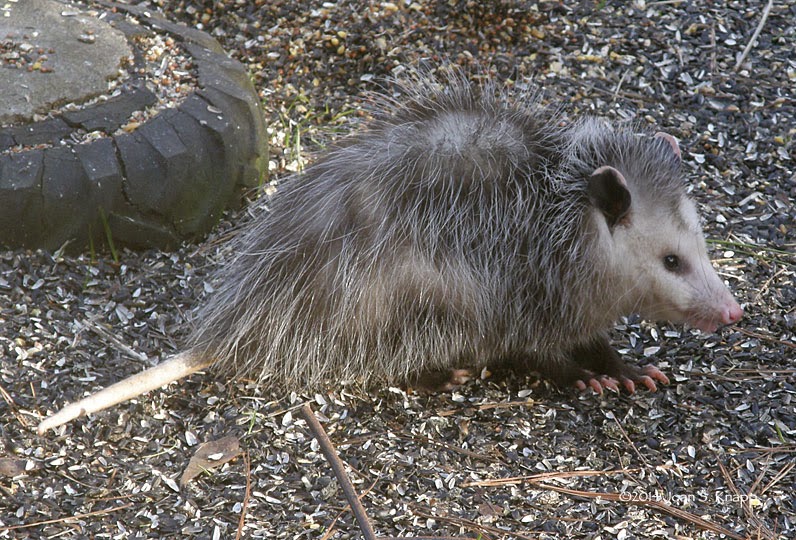 To my surprise, it turned around and… 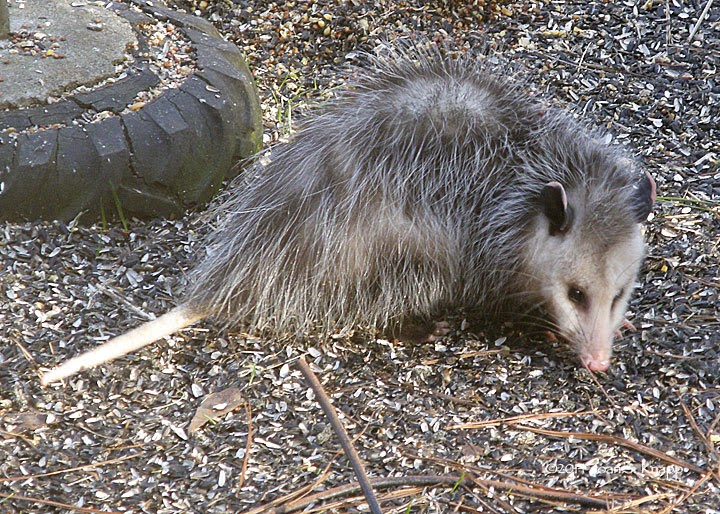 It continued to nose out seeds. 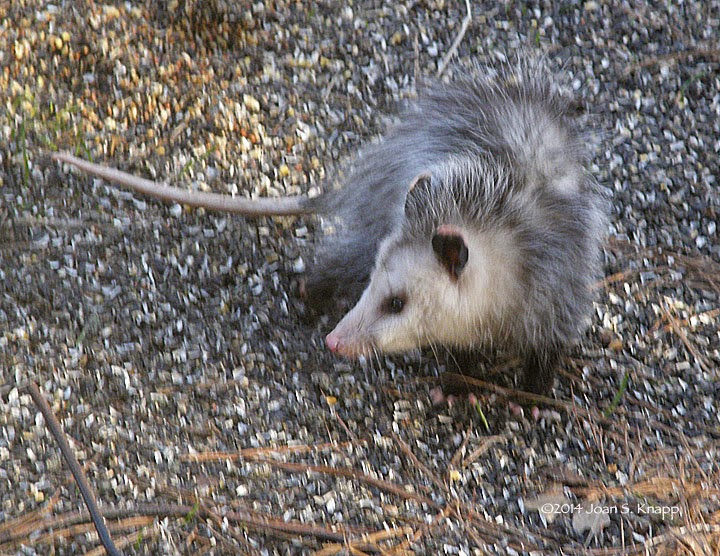 Something distracted it and… 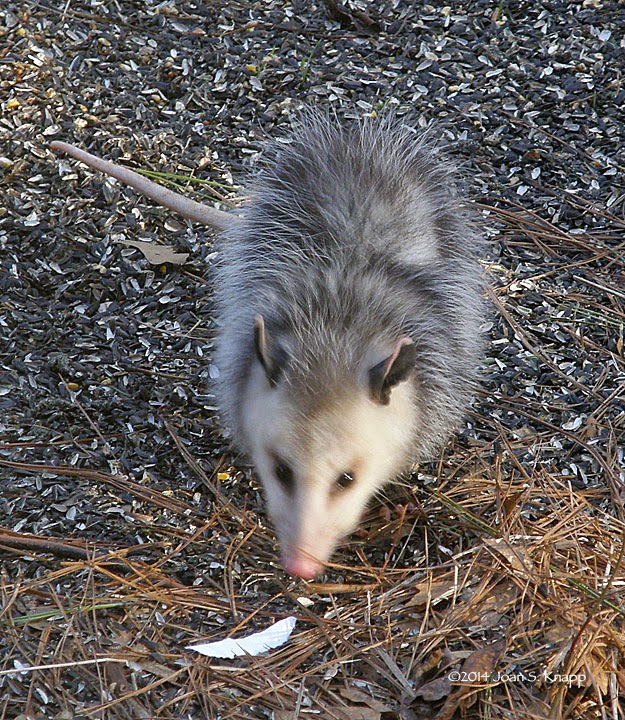 it decided it was time to leave. It moved quite rapidly towards the house and turned towards the woods.

It’s very unusual to see a possum in the morning. I don't think I'll see another one during the day any time soon.