August.  I almost missed this fungus as I walked along the trail. But there it was… 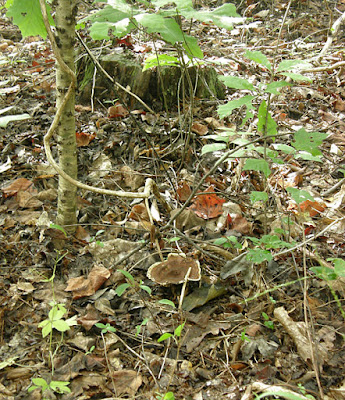 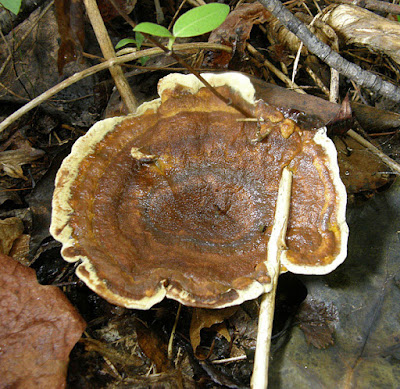 This fruiting body was a simple cap approximately 4.5 inches in diameter. Often, these fungi develop multiple lobes and look much more elaborate than this one. The cap has concentric zones of browns, with a yellow margin; the yellow margin is characteristic of this species. Some caps have more orange tones than this one. 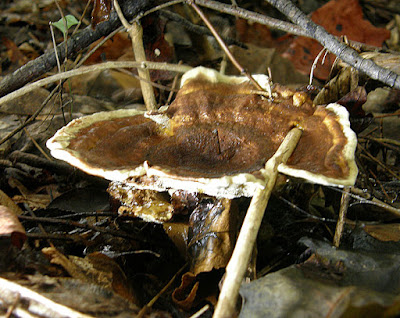 The cap is often depressed in the center as this one was. In fact, it had rained the previous evening and this cap was full of water when I found it. I had to drain it and blot it ‘dry’ to capture some of its surface characteristics. 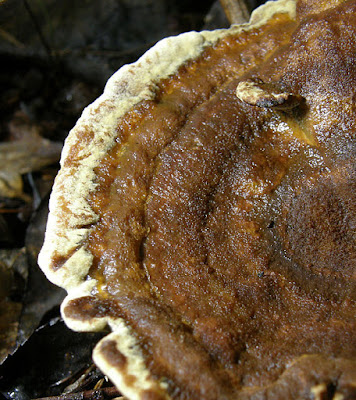 This close-up of the cap shows the ‘felted’ appearance that is indicative of the velvet surface of the cap when it's dry. It’s interesting that there is a small cream area in the upper right of the image that indicates that the cap may have been beginning to develop another lobe. 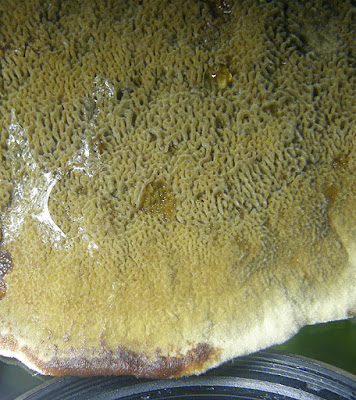 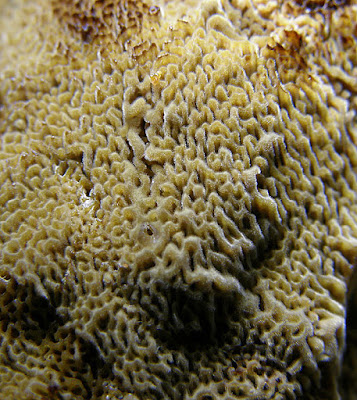 I used a mirror to photograph the underside of the cap. The pore surface is a gold color, also characteristic of this species, and also appears to have a velvet texture. The pores are slotted and someone maze-like. The surface of the pores turn brown when bruised, as is evident in the upper part of the lower image.

This fungus is commonly called the Dyer’s Polypore because it can be used to dye wool.

Phaeolus schweinitzii is distributed widely in the northern hemisphere, and has also been documented to occur in Europe, Africa, and Australia.