March 2nd - .  Eastern Sweetshrub (Calycanthus floridus) are among the earliest plants to flower.  At Fort Yargo State Park, shrubs grow in two areas on east-facing slopes above the reservoir. Shrubs are quite small, ranging from two-to-six feet tall.

The first location is south of the Fishing Area, in an area that receives early morning sun. Shrubs in the southernmost location bloom first. 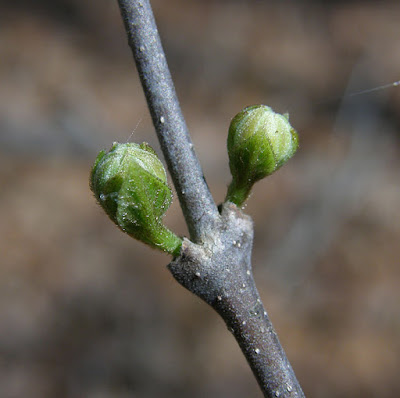 I spotted the first buds on March 2nd, and the first flowers on March 27th. Flowers don’t have the ‘traditional’ petals and sepals; the maroon structures are called tepals. 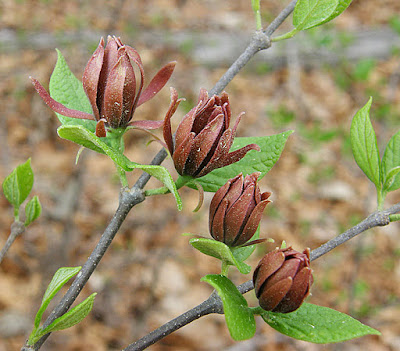 The early flowers in this area, that have some sun exposure, have a brownish tone. 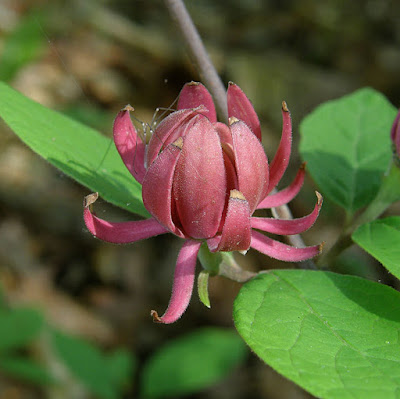 Flowers in more shaded areas in this southern location are pink. The tepals on these flowers are flat and thin, like ribbons.

Shrubs also grow in a shaded area north of the Fishing Area. 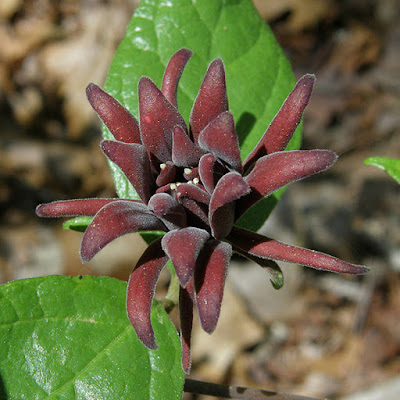 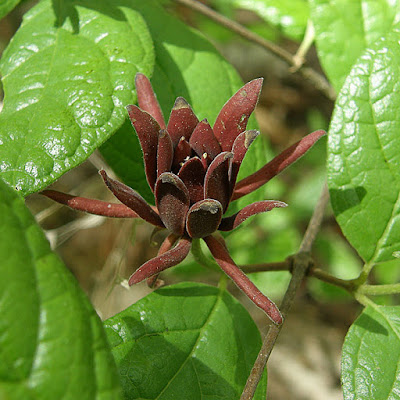 The tepals on flowers in this location are more fleshy and a deeper maroon color. 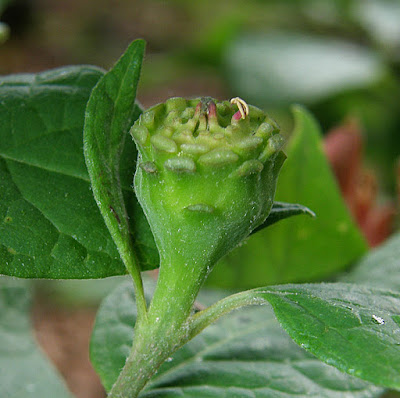 Soon after the earliest plants had bloomed, I was on the lookout for signs of developing seed capsules I did spot a couple, but these didn’t develop any further. I haven’t found any more developing this year.

In 2015, however, several capsules developed to maturity. 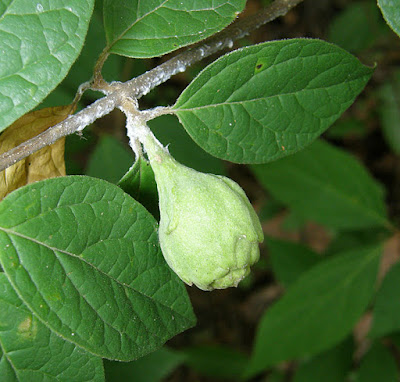 The capsules continued to swell, and… 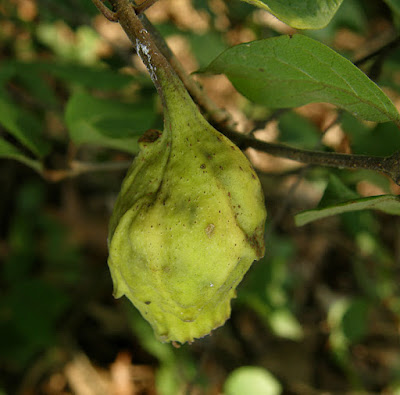 reach their final size by November, and then… 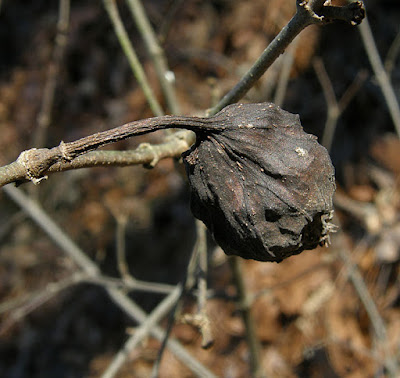 matured to a brown color. These may persist on shrubs through winter until spring, when they fall.