March 8th. I hadn’t been checking the Lenzites betulina (Gilled Polypore) log each week, so I had missed the early stages of another fungus growing on the log: Panellus stipticus (Bitter Oyster) mushrooms. Typically, they may be found growing in overlapping clusters on dead wood. 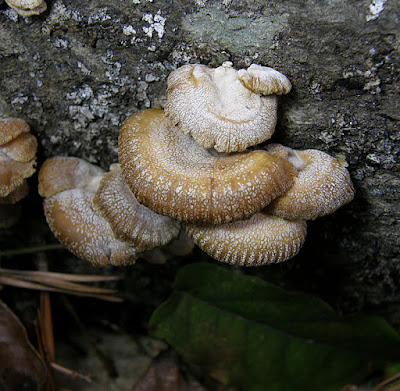 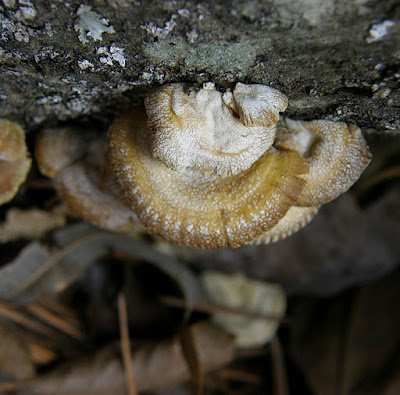 These were quite beautiful, with a sculptured, cracked-scaly appearance characteristic of old specimens. The caps were semicircular, 1-to-1.5 inches wide, convex with flattened tops, and with margins slightly curved under. 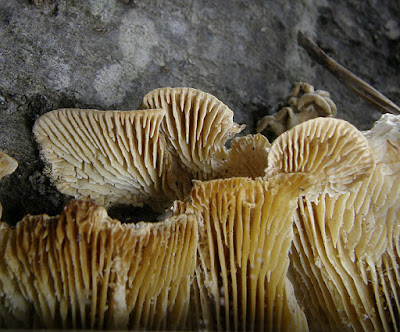 A peak at their undersides to look at their gills. 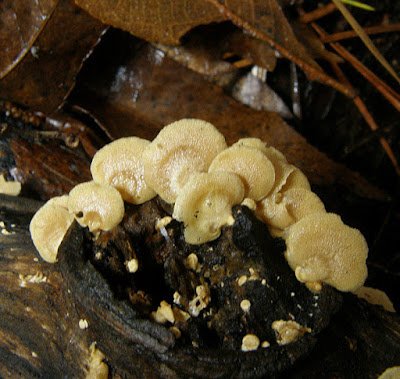 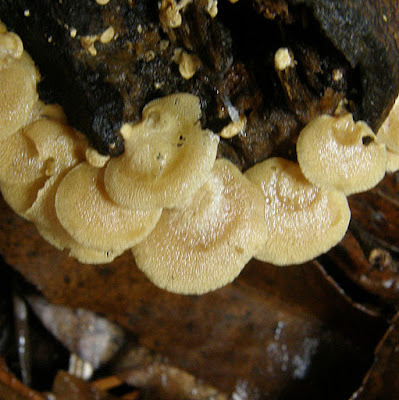 The caps of young specimens were ‘boring’ compared with older ones. Caps were a bland tan-brown, and almost flat. These caps had a depressed zone near their attachment point. The cap surfaces were uneven. Descriptions say young caps may be hairy or woolly. 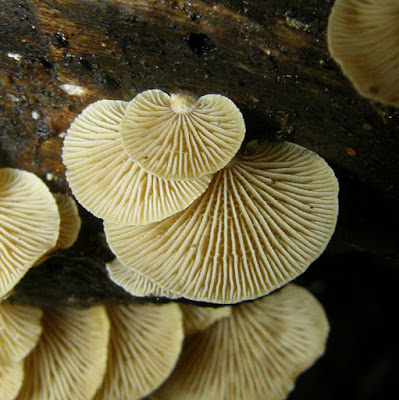 The undersides of the young specimens were more interesting than the caps. Gills were close and a pale yellowish brown. Descriptions say the gills may be forked. I didn’t find any forked gills, but I did fine crossveining, which is visible in the largest cap.

Panellus stipticus mushrooms are known for another characteristic that makes up for their bland appearance; they luminesce in the dark. There are nice pictures of the bioluminescence, including a video, in the link to the Cornell Mushroom Blog. I haven’t seen their luminescence yet. I’ve only found the mushrooms on pieces of wood too large to move, so viewing their luminescence is still on my bucket list.