April 13th, 2013. It was clear from our trip to  Boggs Creek RecreationArea in the Chestatee Wildlife Management in Lumpkin County on March 30th that this would be an interesting place to follow through the Spring wildflower season. Particularly, a couple of developing wildflowers – a trillium and a plant with fern-like leaves – had piqued our interest and we wanted to identify them. We crossed the road to where we had seen the Viola hastata plants in bloom to see if there were new wildflowers in bloom. 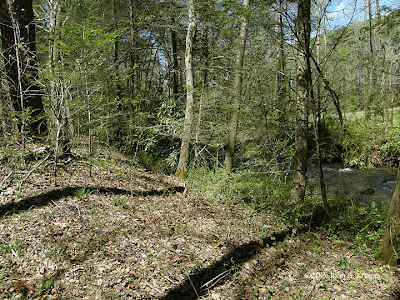 The creek bank where we found the Viola hastata blooms on our previous visit.

Iris
This looks like a dwarf iris but time will tell. 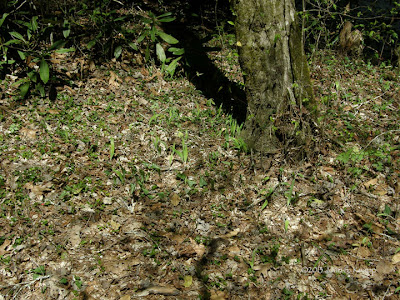 We found a patch of iris plants had emerged during the previous two weeks. 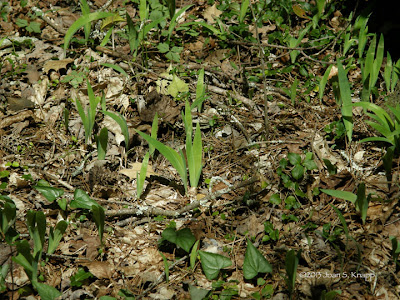 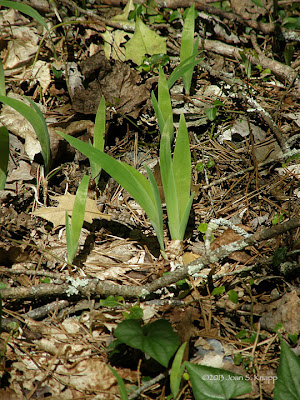 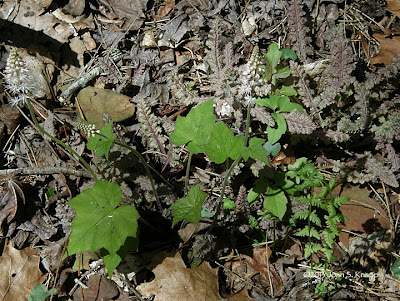 An individual plant in bloom 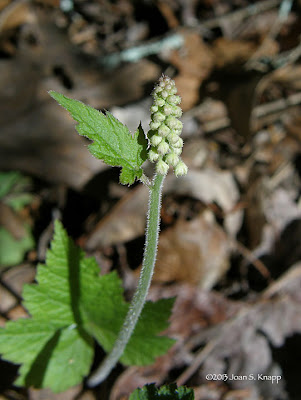 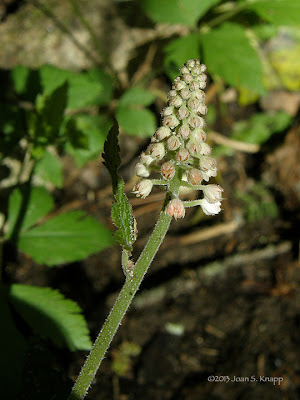 Just starting to open; none of the flowers has opened fully. 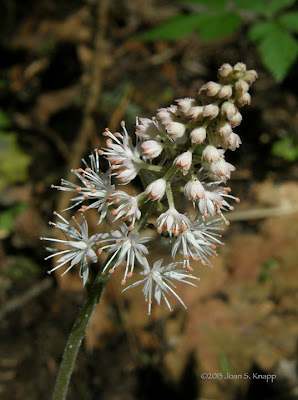 Flowers at the bottom of the spike have opened. 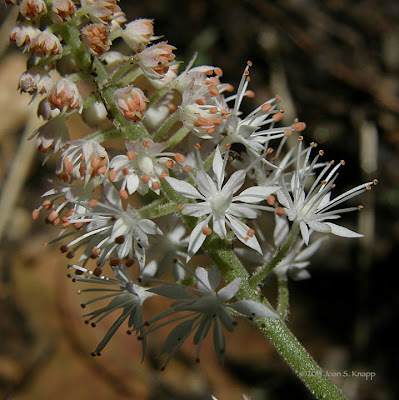 A closer view of individual flowers 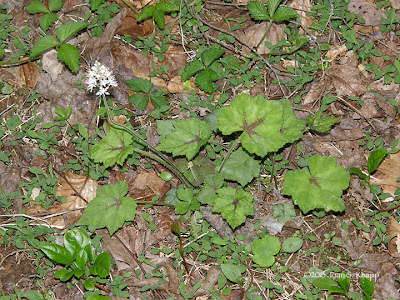 The leaves of most plants were an even green but a leaves of some plants had darker patches at their centers. 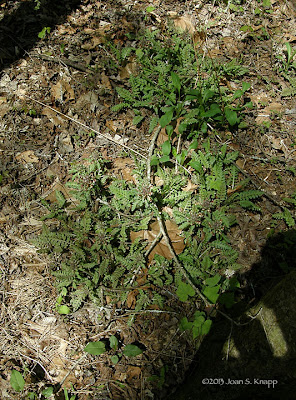 Most of the flowers we found were deep maroon, whereas some were 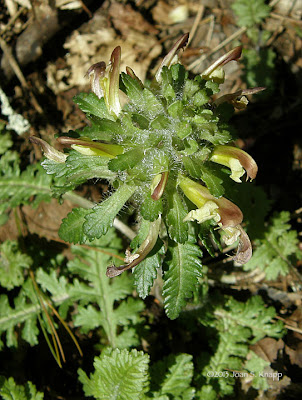 Intermediate between the original cream form and the deep maroon form. 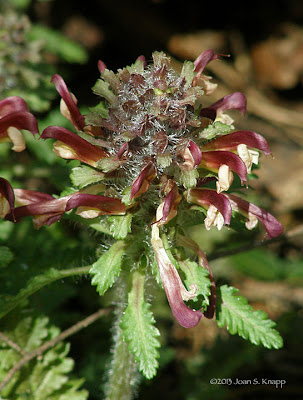 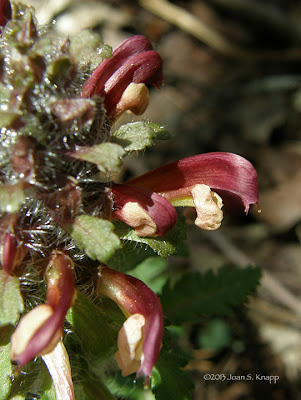