August. I saw Frost’s Bolete (Exsudoporus frostii; formerly Boletus frostii) for the first time on another trail in the park. 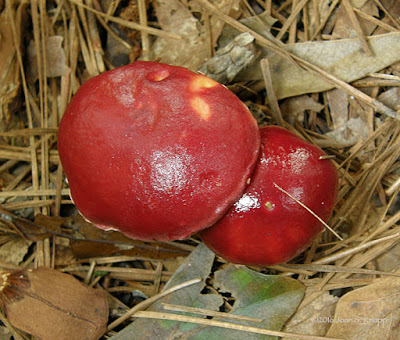 They were easily visible from the trail. Two ‘shiny’ red caps. The caps of young Frost’s boletes are sticky. 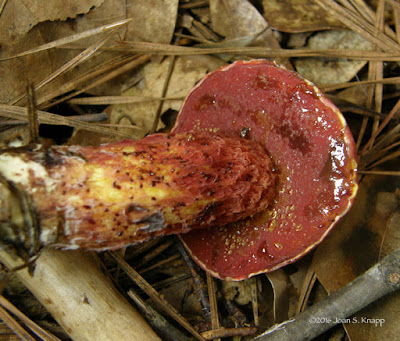 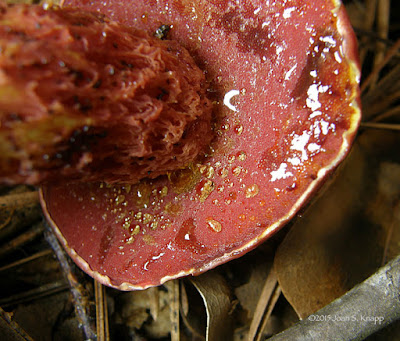 When I turned one over, I could see the red reticulate stem and the red pore surface. (The fluid isn’t unusual in young specimens; older specimens usually have dry pore surfaces.) It didn’t take long to identify this species.

I’ve since found it in several locations near the trail north, but not south, of the Fishing Area. 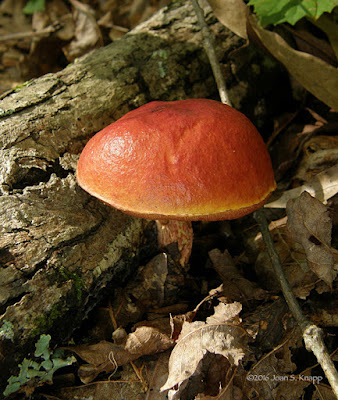 This beautiful specimen was growing between the trail and the reservoir shore. 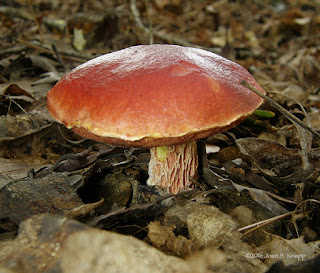 Another older specimen, with a still somewhat shiny cap, was growing beside the trail. 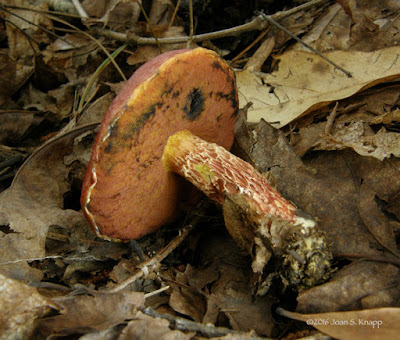 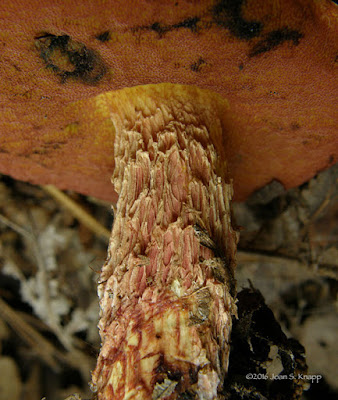 The reticulation on the stem is much more pronounced, but less pigmented, in specimens as they age. The pore surface becomes brownish in older specimens although they still develop the deep blue/black color that results from bruising, when a colorless compound called boletol is exposed to air and oxidized to a blue color. 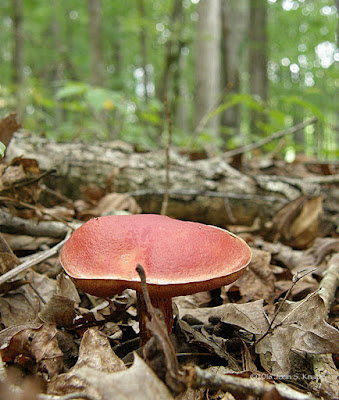 I’ve mentioned, on occasion, that I often sit or lie on the trail to take photographs. I was lying just past a slight bend in the trail when I took this photo. A tree in the bend hid me from other walkers on the trail. I became aware of a walker cautiously approaching, just out of eyesight. I realized that they could only see my legs and feet, and were probably wondering if they were encountering a body on the trail. I sat up and let them know I was a living creature. We laughed. This isn’t the first time other walkers have wondered if I was OK, but this was the funniest occurrence, depending on how you look at it.