September 7th, 2014. I saw it when I was a fair way away from it. It just looked like some roadkill – maybe a squirrel. It didn’t move. As I got closer, I could see it was a snake. I assumed it was dead because, had it been alive, it should have seen me and shifted into high gear to get off the road.

It was a short, fat snake with a tail that tapered sharply to the tip. A Copperhead (Agkistrodon contortrix)? But, as I got closer, I could see that it was a dark orange-red color – not the dark brown and beige of a Copperhead. My first thought was Corn Snake/Red Rat Snake (Elaphe guttata) but the body was the wrong shape. There were some ‘newborn’ babies near the body but the ants had already started devouring them. This indicated that this snake was not a Corn Snake which lays eggs and is not a live bearer. 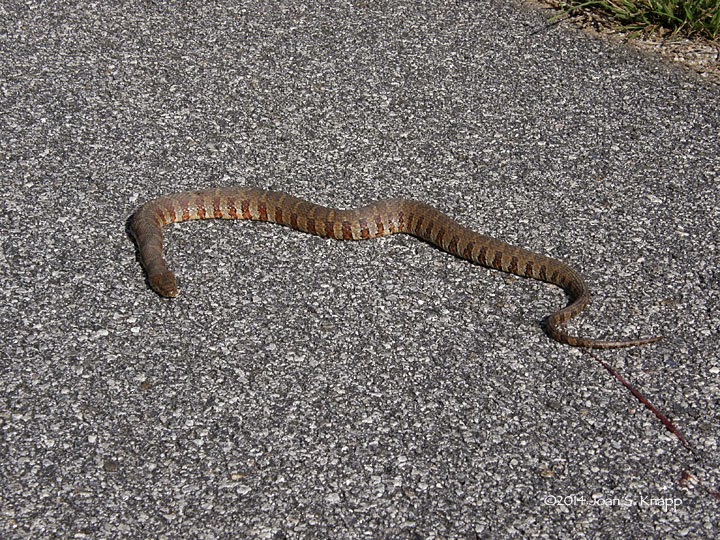 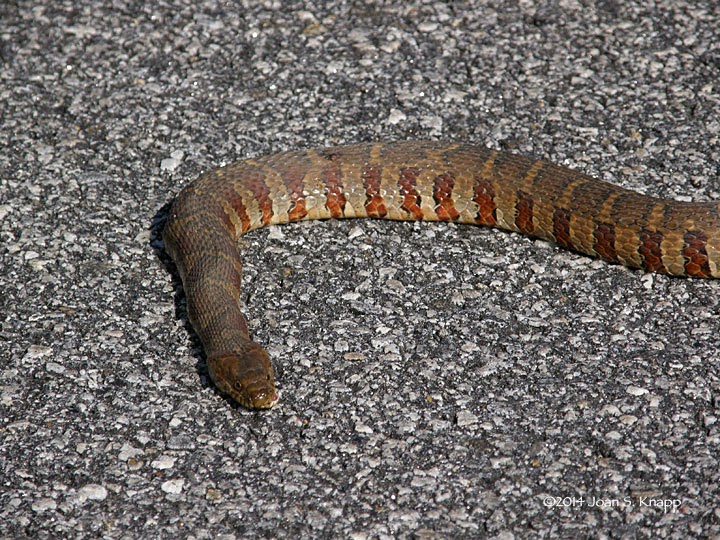 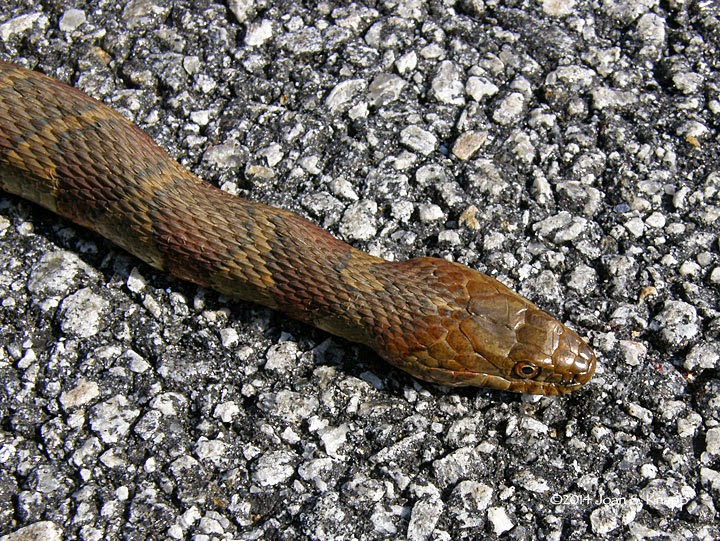 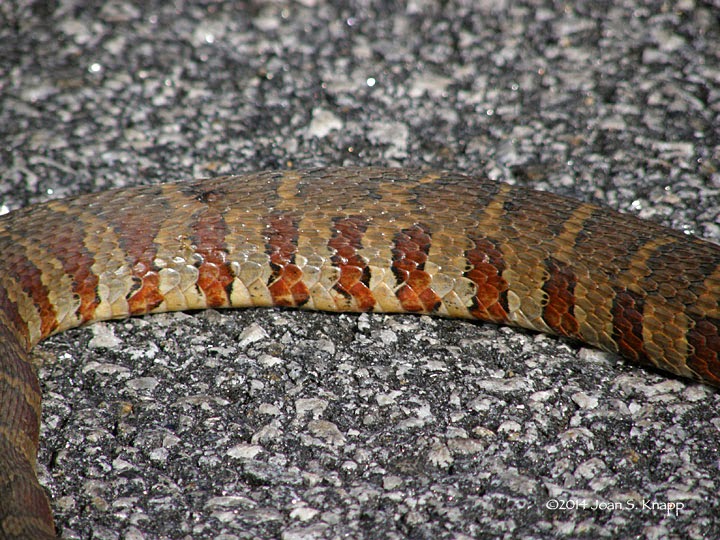 I’m not sure what killed it. It hadn’t been run over. There was evidence of a puncture wound on it’s back (visible in the last image). It was sad that it had been killed but did offer a unique opportunity to see this beautiful snake up close.

As I rode away, I kept checking my rear vision mirror – still somehow expecting the snake to slither off the road.