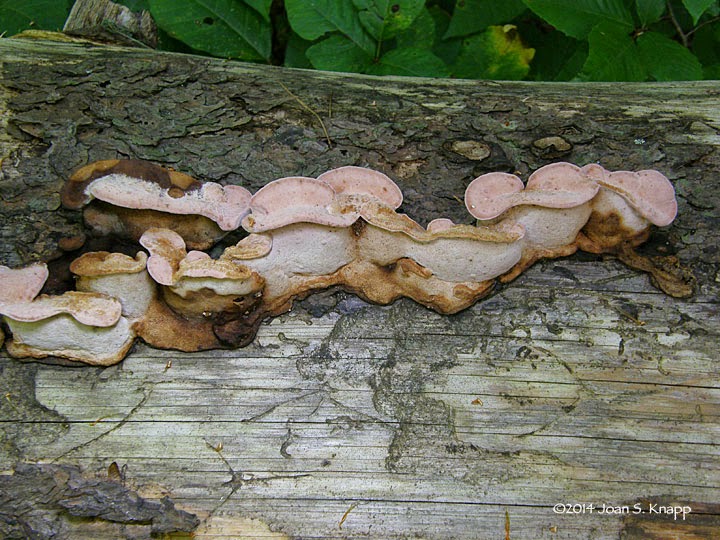 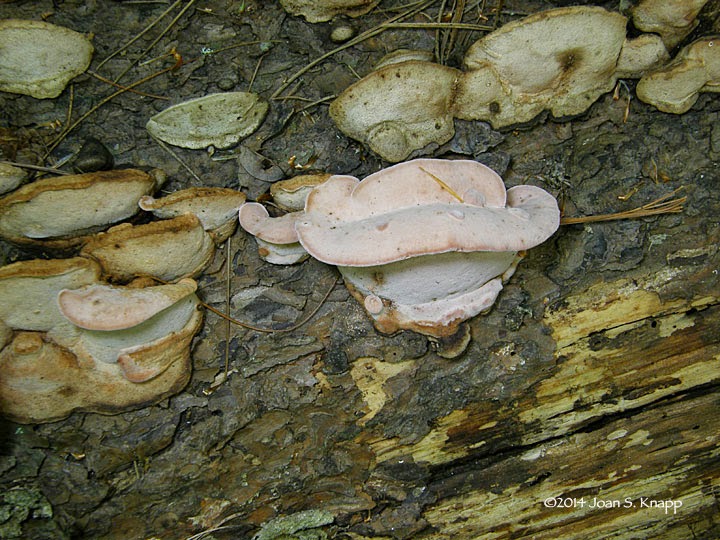 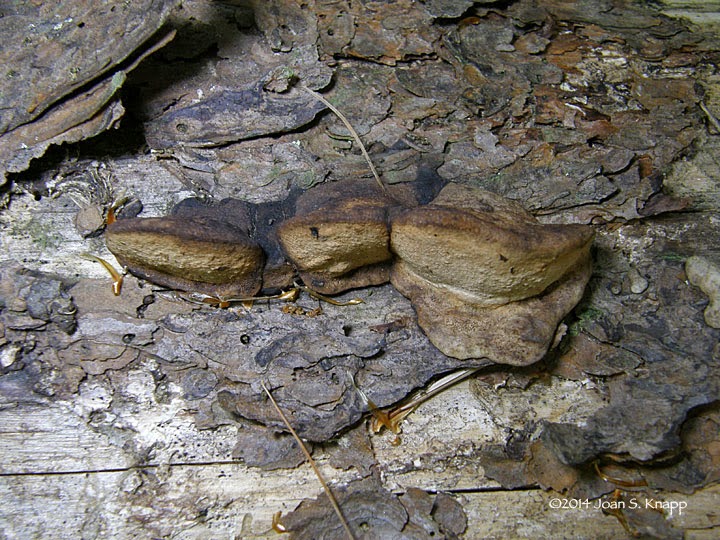 These fungi appeared as large confluent growths on a fallen pine trunk. In many cases, the caps were fused laterally suggesting that this might be F. cajenderi rather than F. rosea which produces better-separated caps.