November 11th, 2014. The temperatures were reaching the high 60s. It was quite cool in the shade and the breeze was cool when I was on the ridges. The sun was pleasantly warm in areas sheltered from the breeze.

I was riding down a road in southeastern Walton County when I saw a ‘bump’ on the road. It seemed that the only thing that would look like that was a turtle but I thought it was too late in the year to see one. 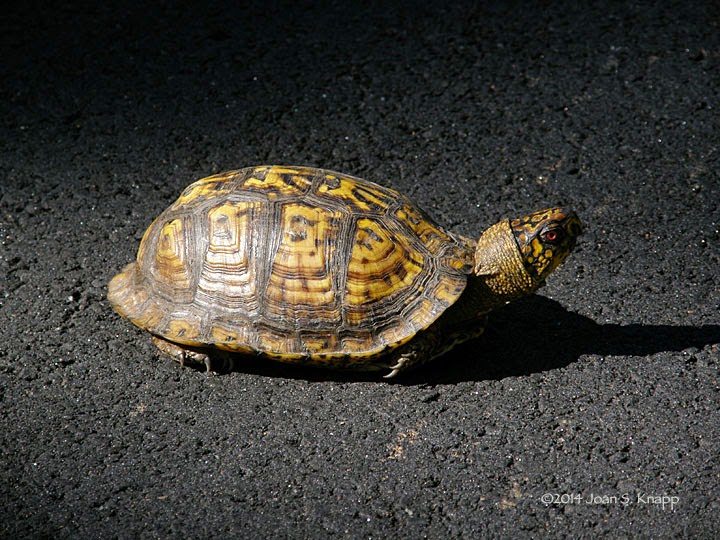 As I got closer, though, it became clear that it was a turtle – an Eastern Box Turtle making its way across the road. 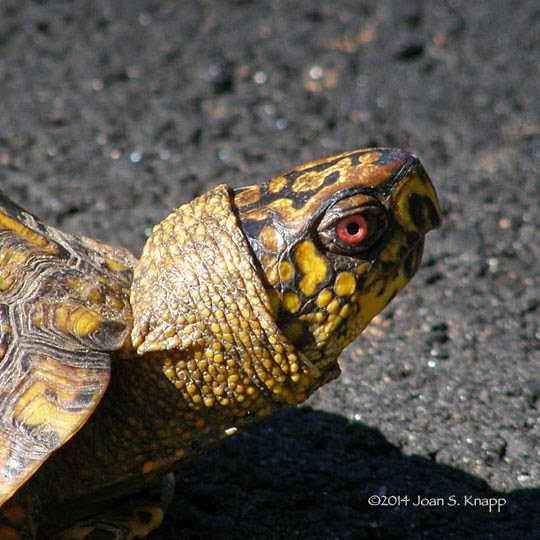 I took the obligatory close-up. 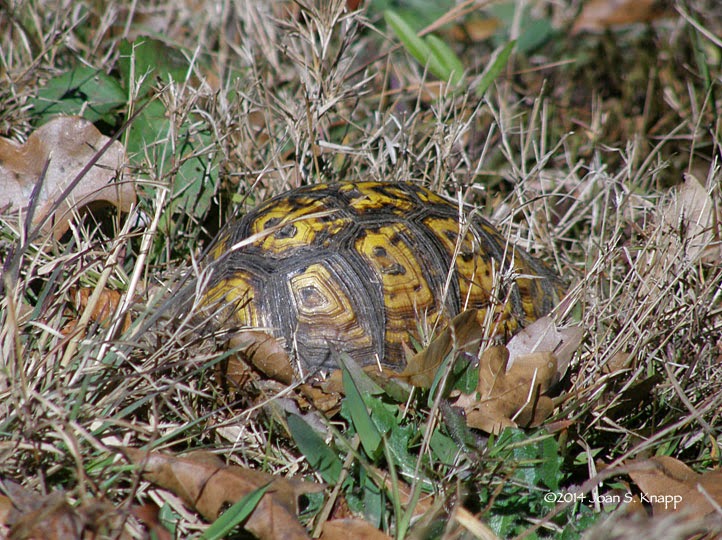 Then I moved it off the road into the grass in the direction it was headed when I saw it.
Interestingly, this was the only Eastern Box Turtle I’ve seen this year.
Posted by JSK at 8:32 PM