November 17th, 2014. A juvenile Red-shouldered Hawk has visited the bird feeders on several occasions – without much luck. On this morning, I saw a flash of white and saw it alight on a thin branch just as it was getting light. There wasn’t enough light to even think about photographs.

Later in the morning it flew in again and settled on another branch for a few minutes. The branch was only about ¾-inches in diameter and the hawk ‘tucked’ its tail in to maintain its balance - compare with the position of its tail when standing on the ground here. I think the hawk was aware of my presence judging by what appears to be a quizzical look on its face in the last image. 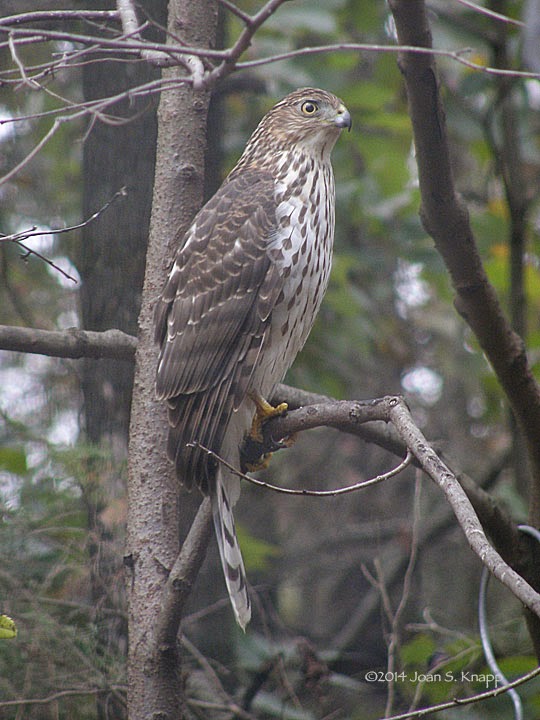 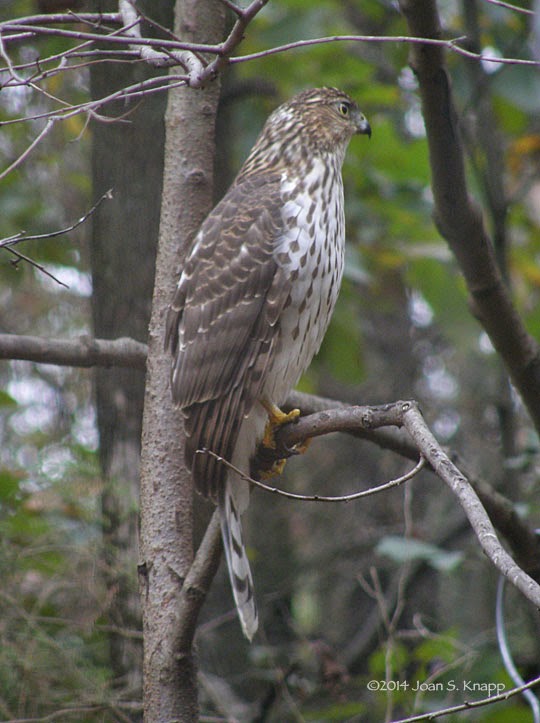 Thanks! Yes, that last photograph is my favorite too.