December 13th, 2014. The Blue Jays in our area are quite shy. They live in the woods near the road and we rarely see them near the house. Last Winter, house, several came furtively to the feeder area. 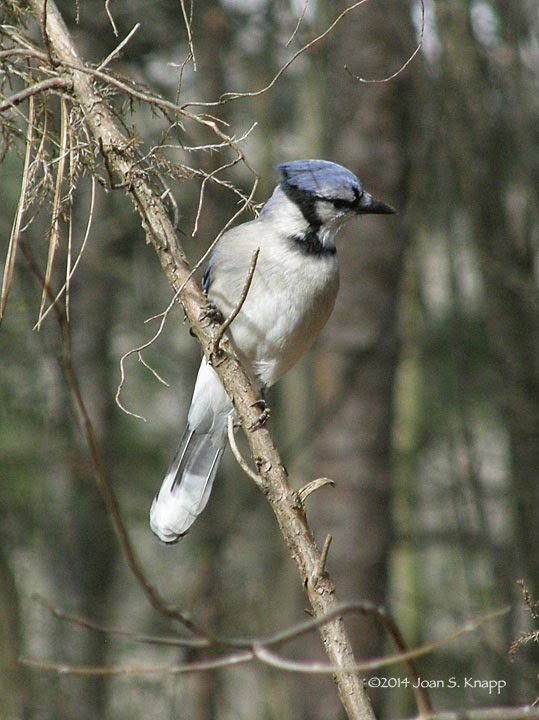 They would land in branches above and scope out the area. 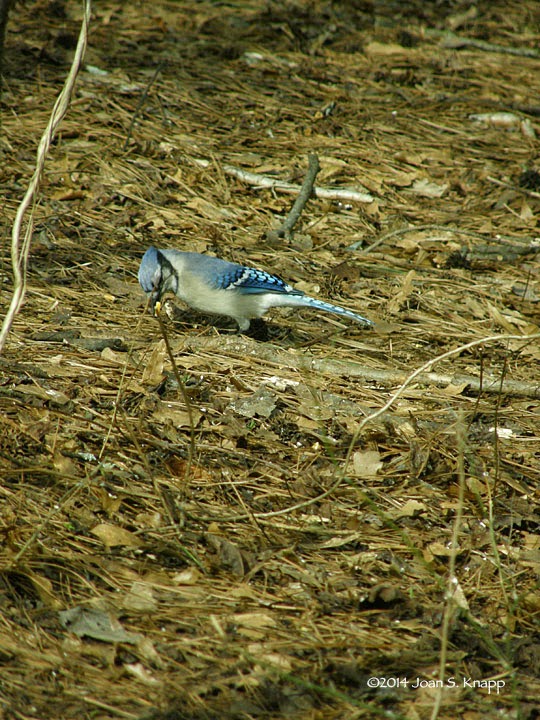 At first, they scavenged kernels that fell from a corn ear feeder we keep for the squirrels and stayed at a distance. 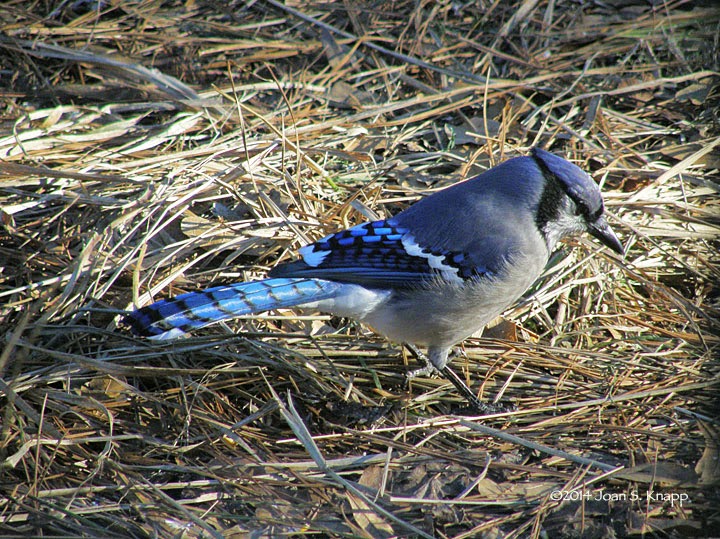 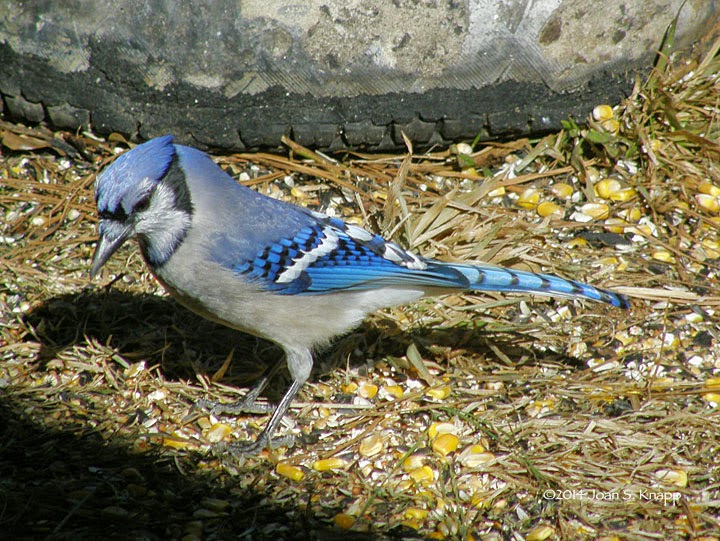 They became a little bolder with time and we were treated to some close views as they ate the loose corn kernels closer to the house.

They didn’t come in until January so I was a little surprised to see one furtively scavenging kernels within a day of putting out the first ear of corn last week. Maybe we’ll see more of them this Winter.
Posted by JSK at 8:12 PM