White-throated Sparrows were regular visitors to the bird-feeder area last Winter. I didn’t notice them until towards the end of January and they stayed around until the middle of April. They are difficult to photograph because they are constantly on the move.

They are named for the white throat patch. Sometimes it is difficult to see the patch on the neck and they can be identified by the black and white stripes on the head, with an often-prominent yellow patch at the front end of the white patch. They are also larger than most sparrows that winter in our area.
Often three or four birds would come hopping across the ground out of the woods and feed in the area near the bird feeders where they poke around in the leaf litter for seed, insects, and berries. They don’t eat from the feeders themselves but may east seed that has fallen from a feeder. One of the photos below shows a bird with what appears to be a sorghum seed in its beak. They spent most of the time on the ground. I saw one perched in a tree on only one occasion.

This year, I spotted my first White-throated Sparrow in mid-November. So they already here for the Winter but able to get most of their food in the woods except when it’s been very cold. 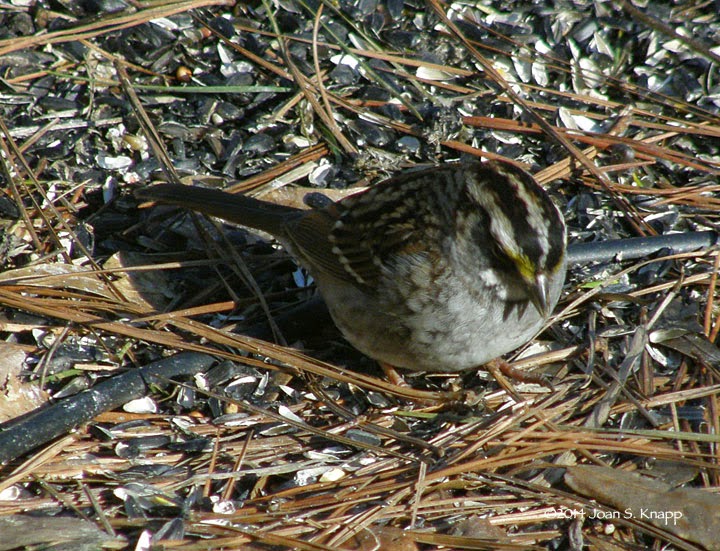 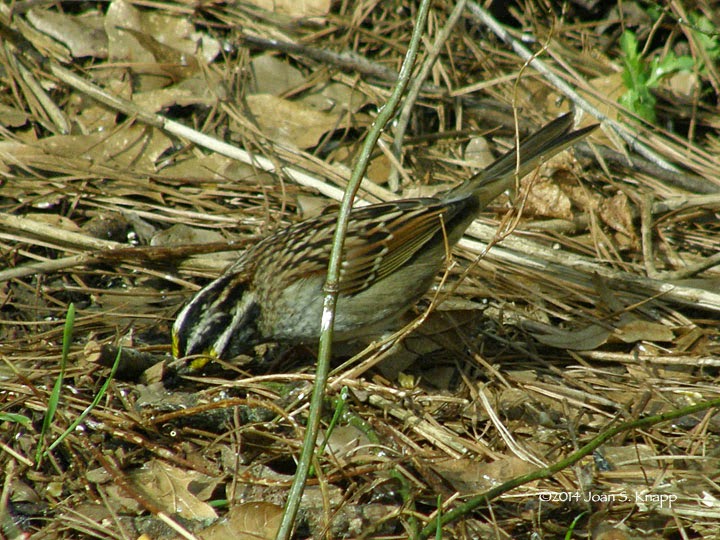 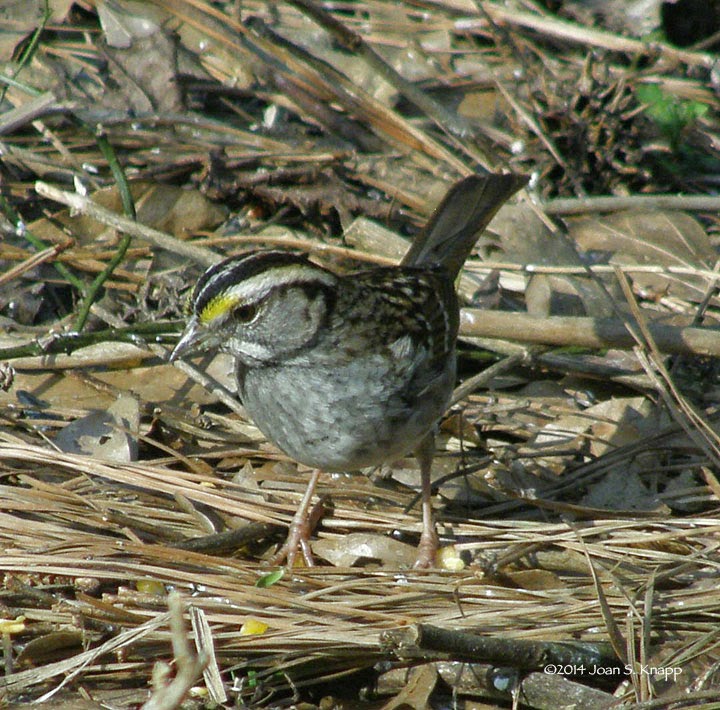 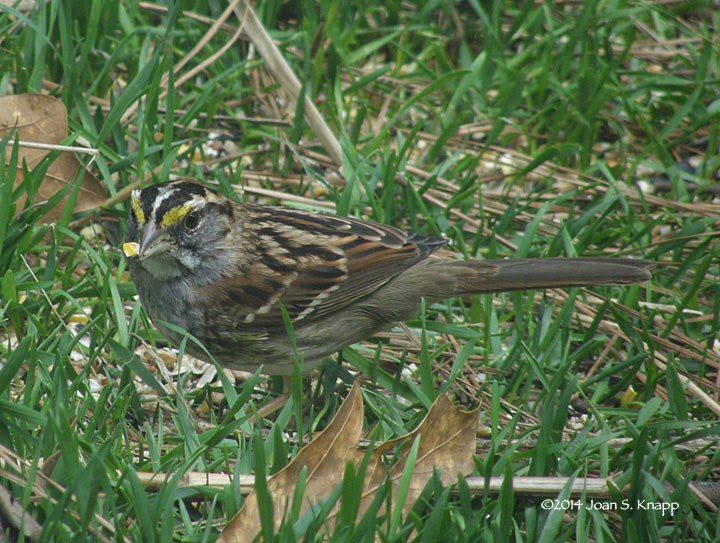 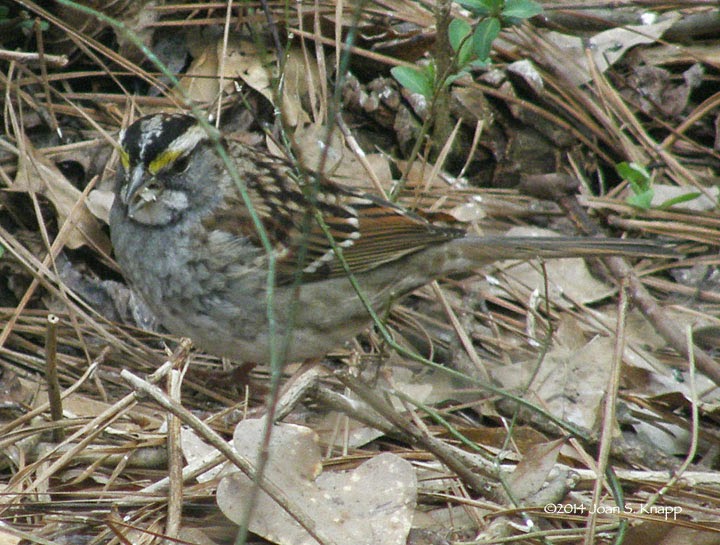 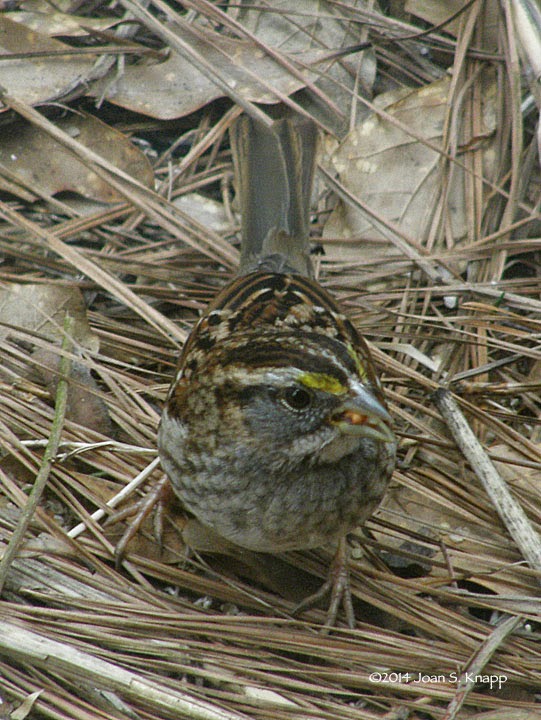 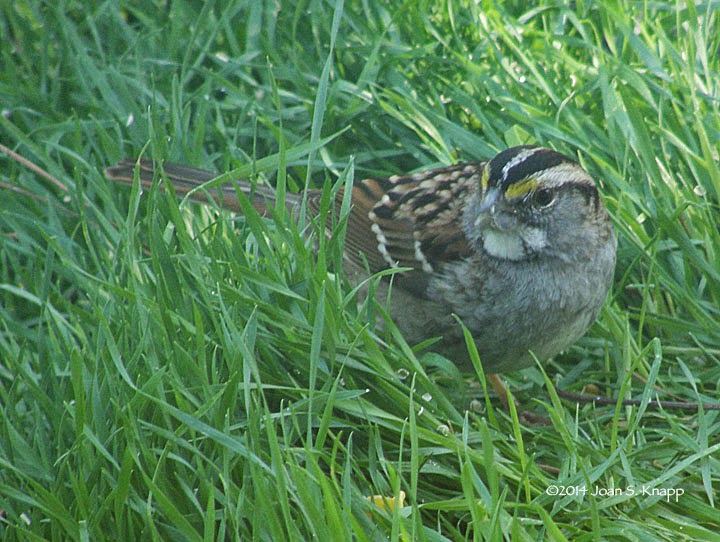 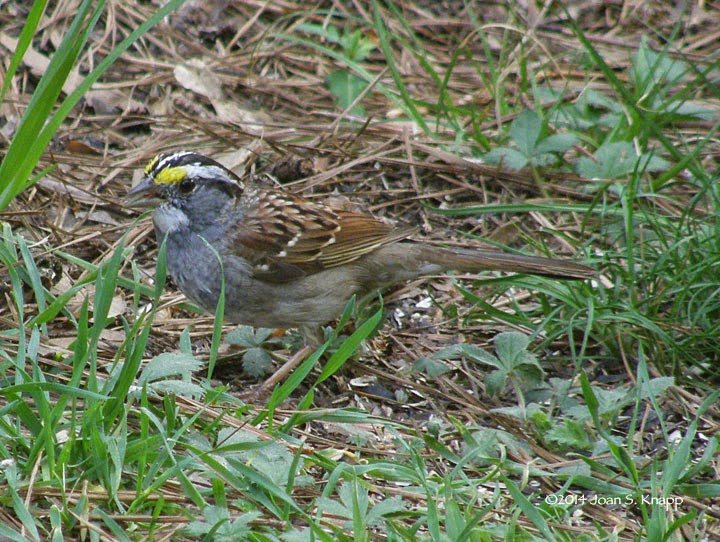 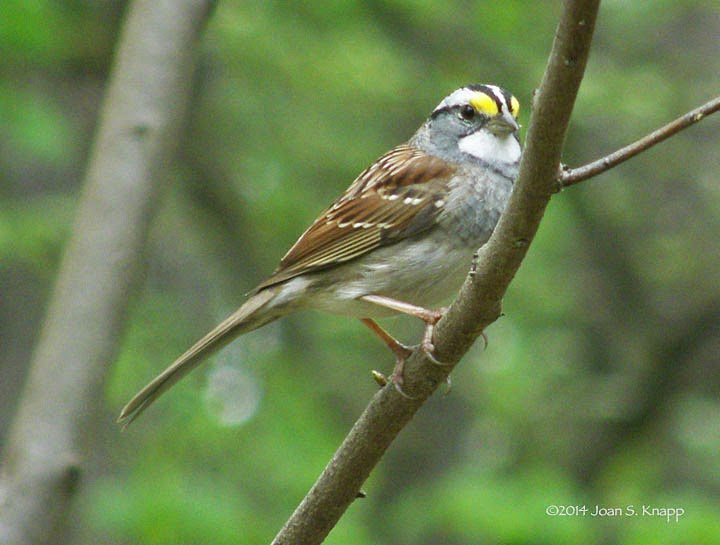