February 10th. (Continued from…) I was able to take another walk at Fort Yargo State Park before the bad weather set in again. 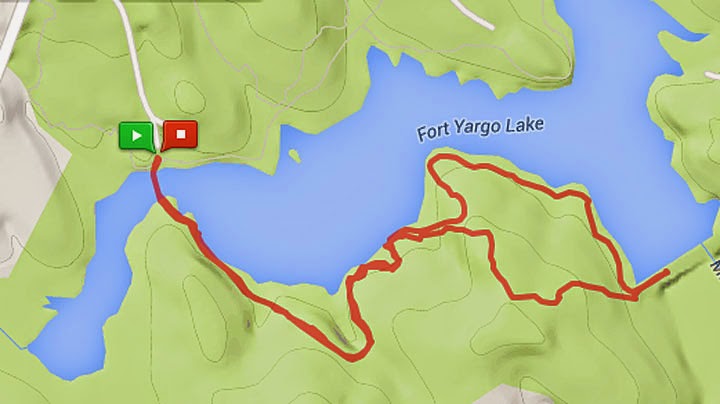 I decided to walk from the picnic area at Section B to thedam and back; this walk is about three miles. This walk doesn’t have the variety of wildflowers as my previous walk from the group shelter to the Old Fort but it was another pretty day to enjoy the walk. 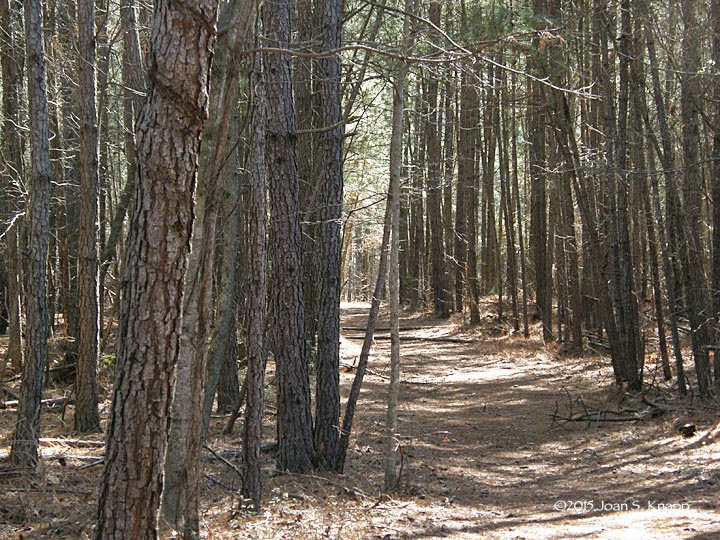 From the split in the trail, I took the took the trail to the right to begin a loop. The trail continued uphill and then dropped before climbing through a grove of pine trees. 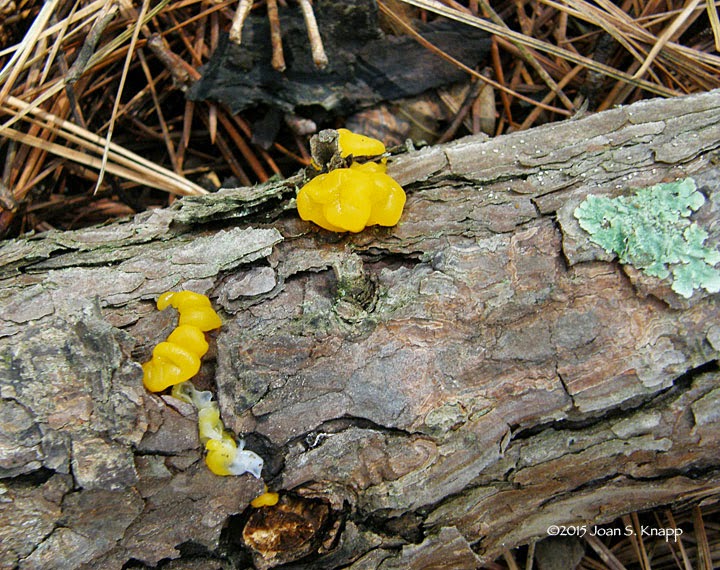 I found another jelly fungus on a fallen limb. This time it was yellow Witch’s Butter (Tremella mesenterica). 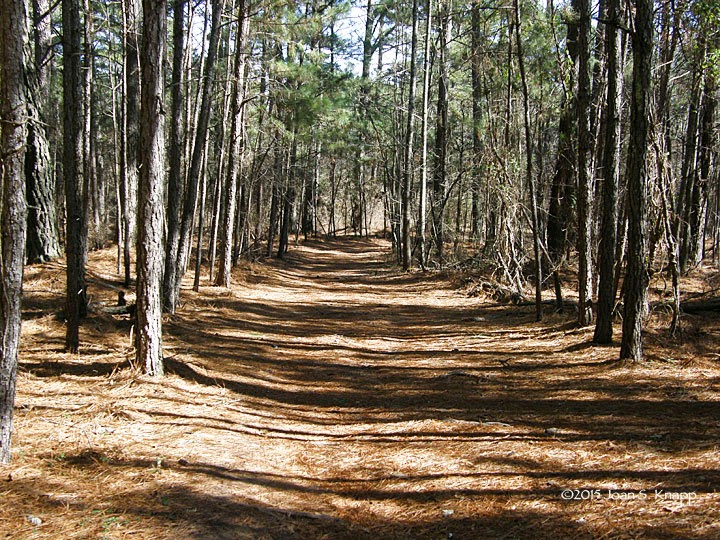 The trail topped out and split again. I took the trail to the left which dropped down to the dam, but not before passing through an… 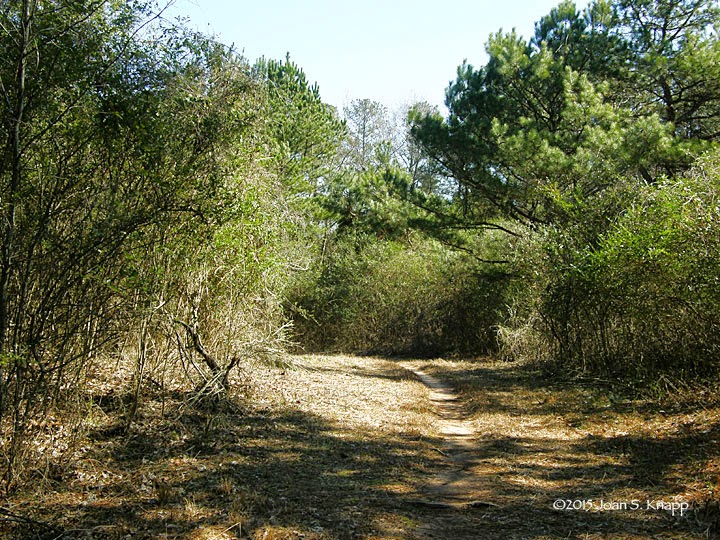 open area where, even now,.. 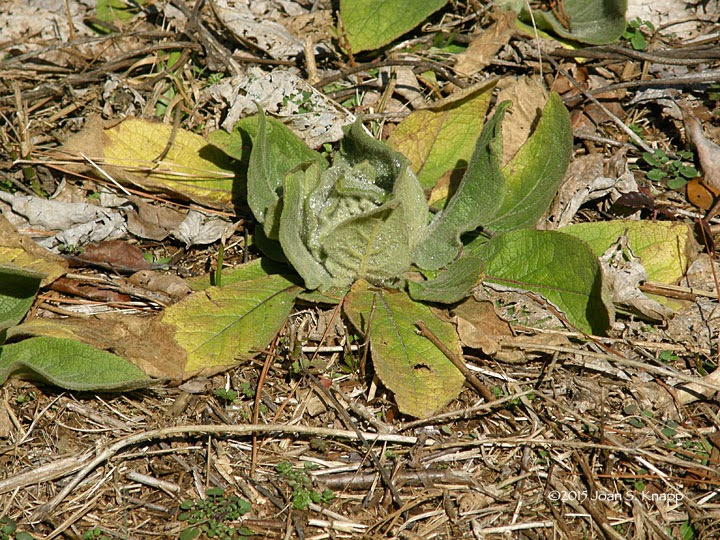 Common Mullein (Verbascum thapsus) were starting to leaf out, and… 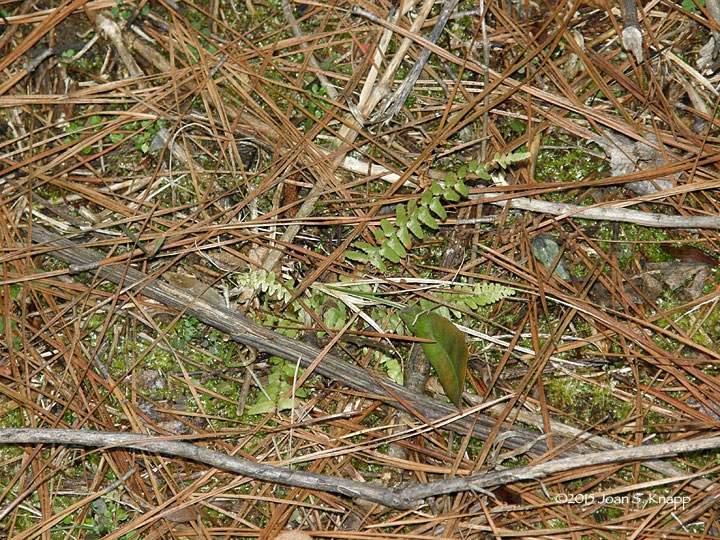 small ferns appeared to be thriving in almost perpetual shade. 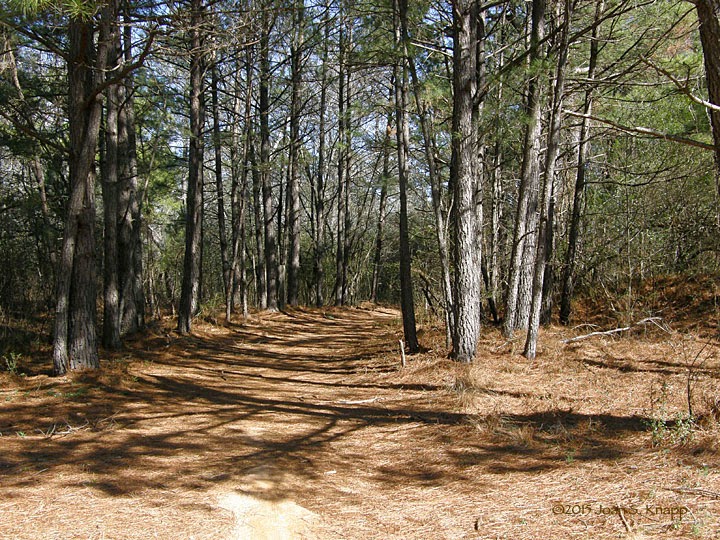 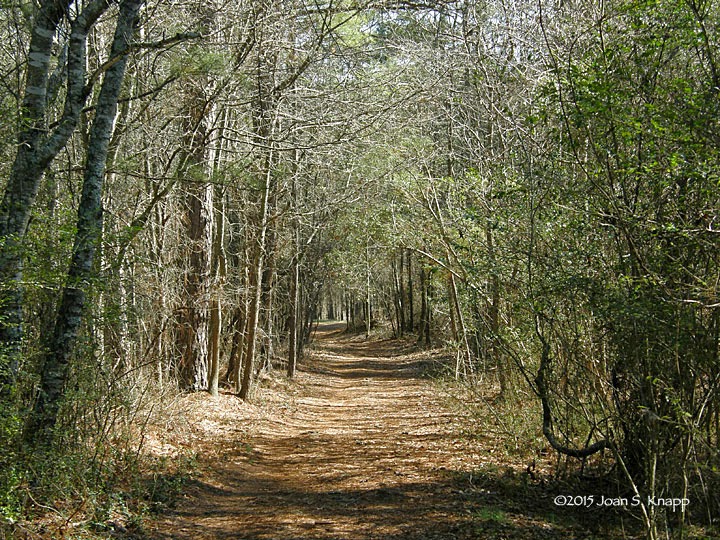 The trail entered the woods again and continued down to the dam. 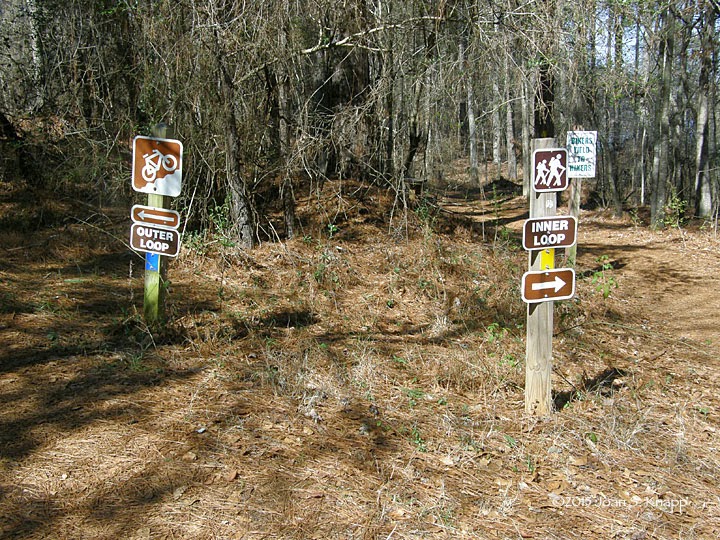 I had been on the outer loop and would complete the loop by taking the inner loop trail, but first I wanted to walk out… 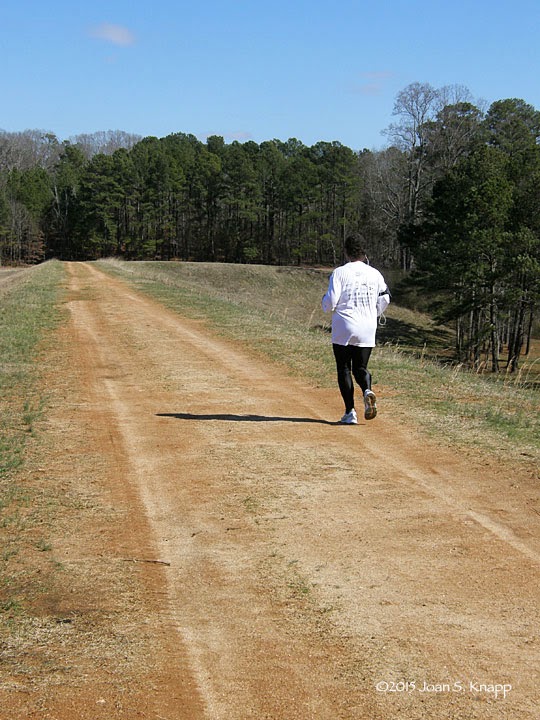 onto the dam to see how low the water level was. 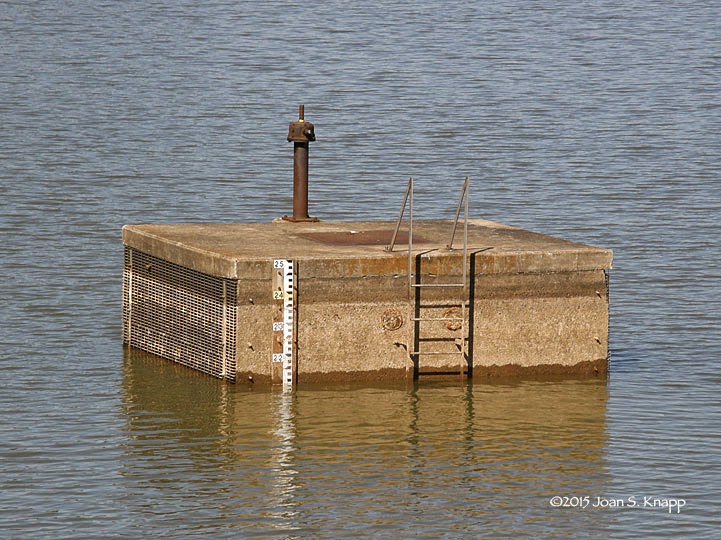 The overflow tower is located near the dam and showed that the water level was about 30 inches low. 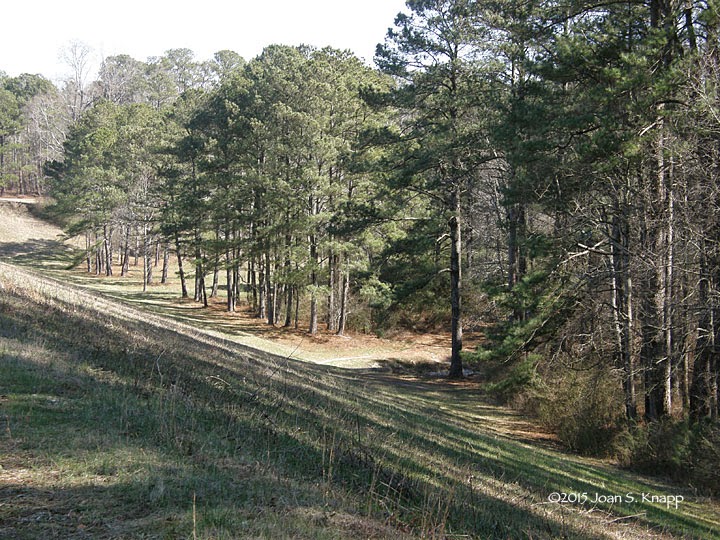 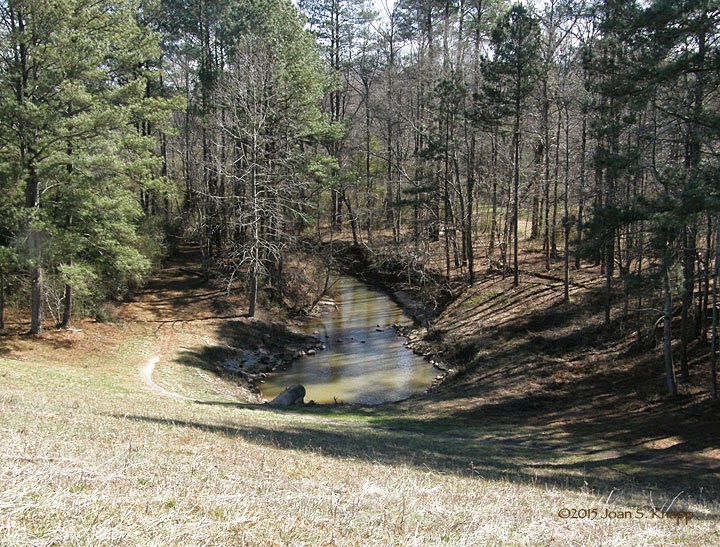 The outer loop, used mainly by mountain bikers drops down below the dam and curves around by the dam overflow outlet before continuing out into the woods.

I returned to the end of the dam to take the 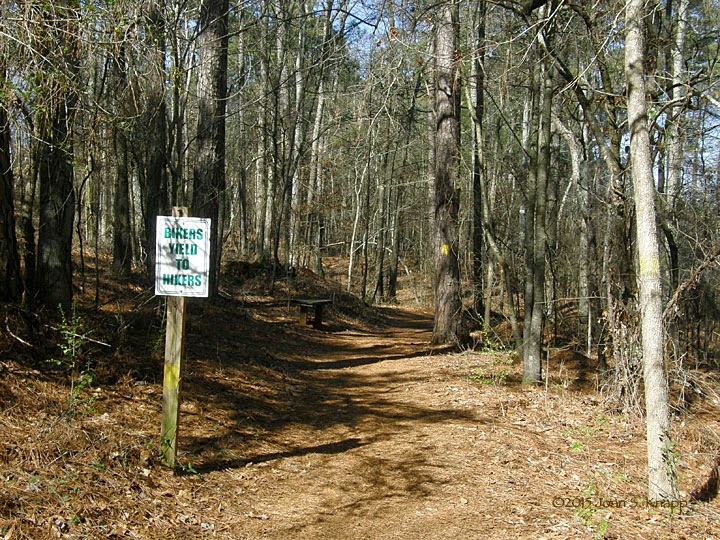 trail that followed the… 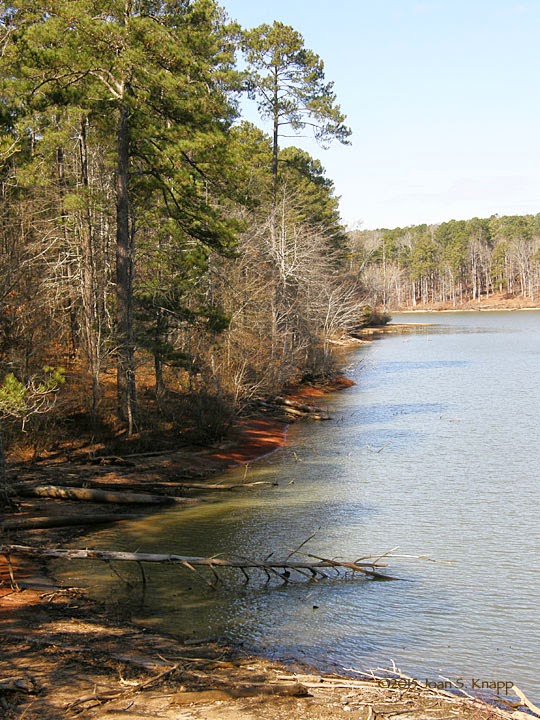 shoreline to complete the loop before returning to the parking lot.