August 13th. I was wandering along the trail on the ledge above our creek photographing fungi. I sat down by a fallen branch to photograph some brackets. I was concentrating so intently that I almost missed the… 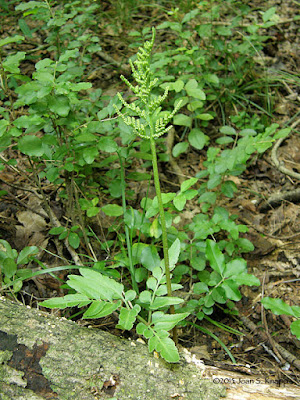 fern that blended in with the greenery around it. The leaves told me it was the Southern Grapefern (Botrychium biternatum). 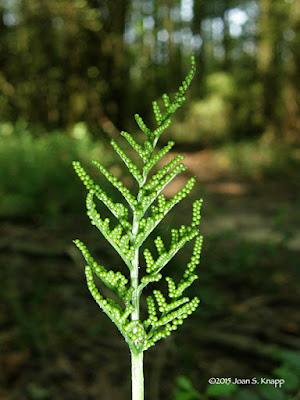 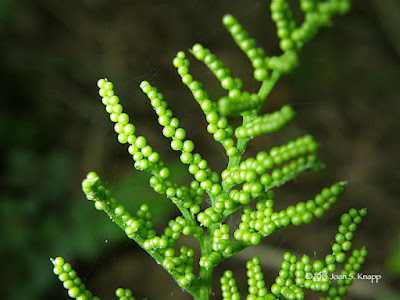 These ferns have a single sterile frond and a single fertile frond that bears the sporangia (spore packets). The sterile frond is divided into three segments on each side of the stem; the margins of the segments are serrulate. 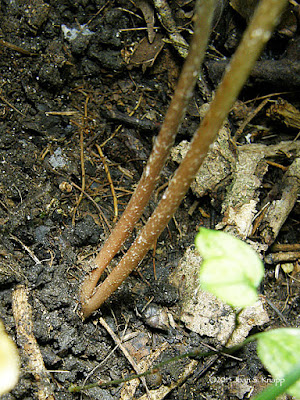 In this case, they were joined just above ground level. 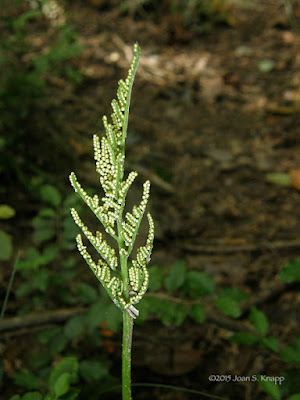 On September 6th, the sporangia were ripening and becoming brown in color. Hopefully, we may have more ferns grow in this area.