Summer On A Fort Yargo State Park Trail: Section B To The Dam, August 12th (Part 1)

August 12th. When I visited Fort Yargo State Park in mid-February, there were few signs of Spring. The only wildflower plants that were obvious were the leaves of Cranefly Orchids (Tipularia discolor) that I found in many places. 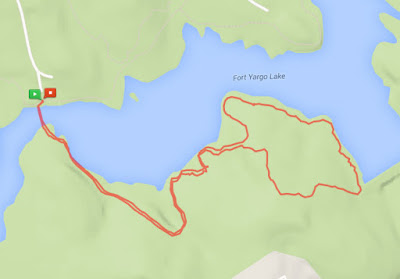 The route… I’ve described it here, here, here, and here. This walk doesn’t have the variety of wildflowers as my other walk from the Group A Shelter to the Old Fort but it does have some gems. One of the Smallflower (Asimina parviflora) had developed fruit that, unfortunately, it had lost; the Pink Lady’s Slipper (Cypripedium acaule) Orchids had bloomed, and some Green Adder’s-mouth (Malaxis unifolia) Orchids had bloomed and two were setting seeds. The slime molds appeared to be finished for the season. For the moment, some wildflowers we still blooming but there was a lull between seasons. 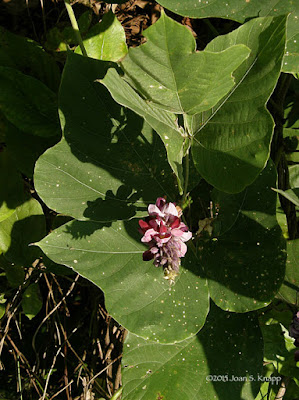 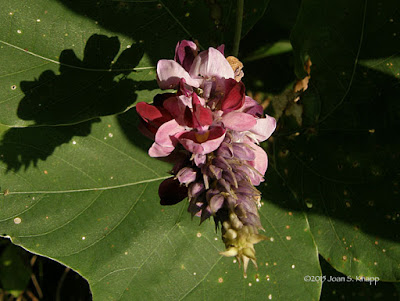 I hadn’t seen dragonflies along this section of the trail this year. But, on this day, a… 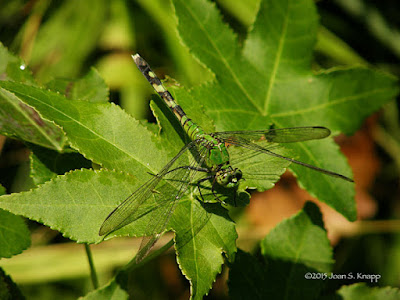 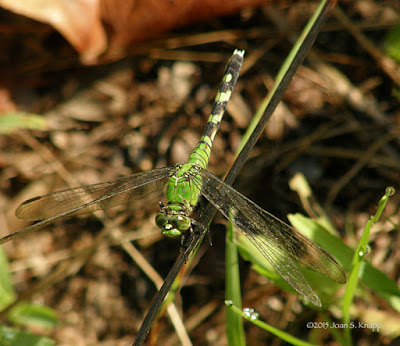 female Eastern Pondhawk (Erythemis simplicicollis) was hunting  at the edge of the Kudzu. 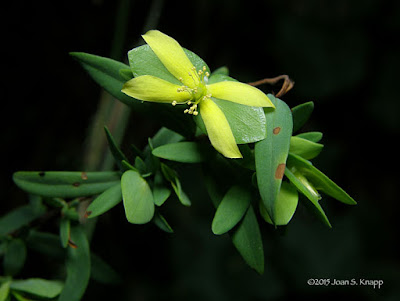 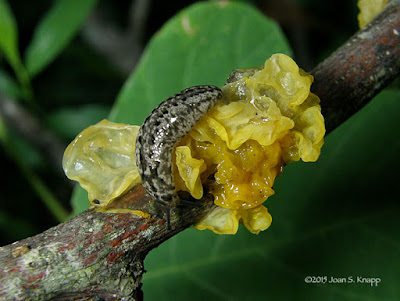 The Witch’s Butter (Tremella mesenterica) that rehydrated after recent rains; a Leopard Slug (Limax maximus) was happily munching on it. I’ve seen a lot of Leopard slugs on mushrooms and slime molds, as well as munching on lichens; no wonder the ‘vegetation’ looks ragged at times. 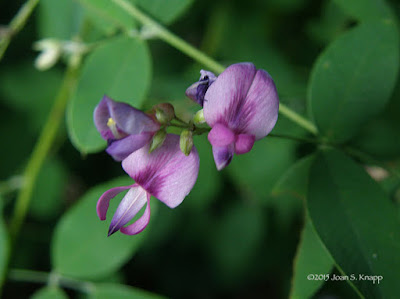 The Bicolor Lespedeza (Lespedeza bicolor) was still blooming; this is one of the longest blooming plants in these woods.

On the previous walk, there weren’t any slime mold fruiting bodies at either of the two logs I visited on the way to the dam, but on this walk I found… 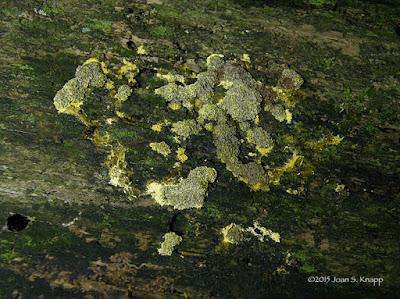 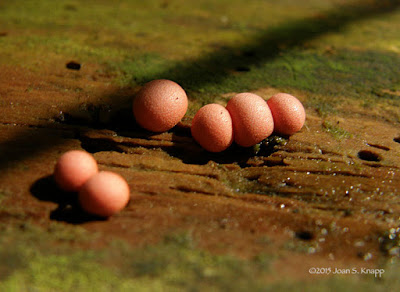 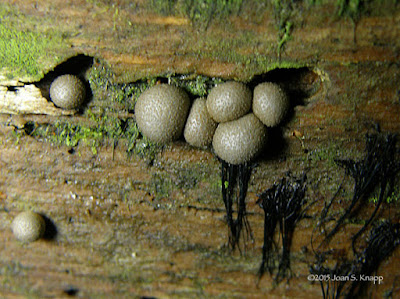 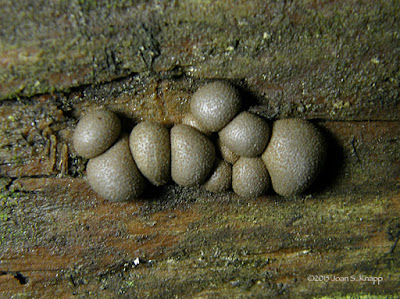 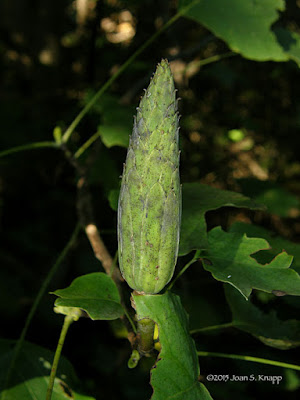 The fruit on the Tulip Poplar (Liriodendron tulipifera) tree looked unchanged from the previous week; in fact, it’s looked like this for months now. 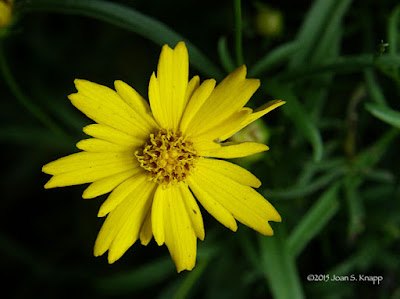 The Lanceleaf Coreopsis (Coreopsis lanceolata) had put on some new flowers. The flowers are smaller than that had been in spring. 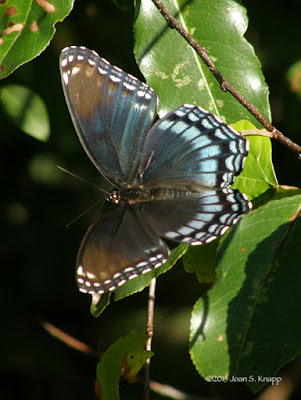 A Red-spotted Purple (Limenitis arthemis) was basking in the sun at the end of the dam.
(To be continued…)