July 24th - August 21st. I was walking along the trail by the lake in a deciduous forest with some… 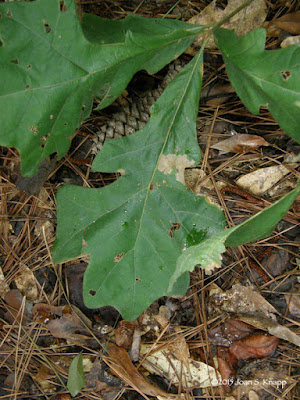 Something caught my eye. It took a couple of seconds to process what I was seeing… 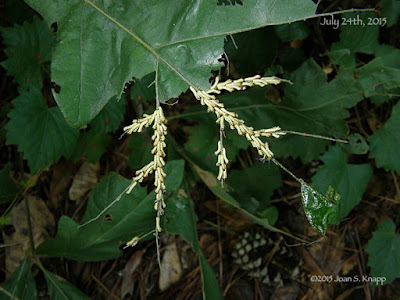 a lot – and I mean a lot – of small larvae that had eaten away a number of leaves on a small oak sapling. They were in two groups, each heading in the same direction – towards the tip of lobes of a leaf. 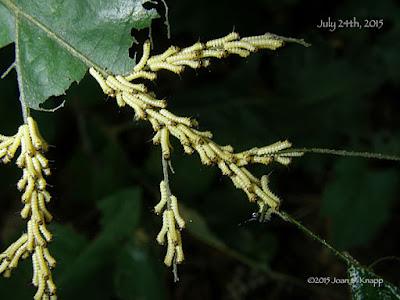 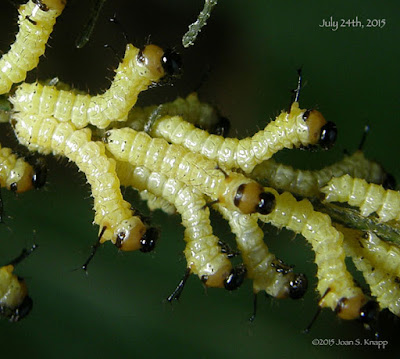 Each larva was approximately 3/8th inch long and 1/16 inch diameter. They had black heads; their T1 segment was tan with a dark band. They had short black horns and fine setae (hairs) on their abdominal segments. 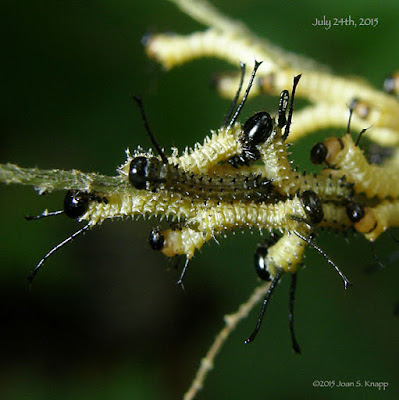 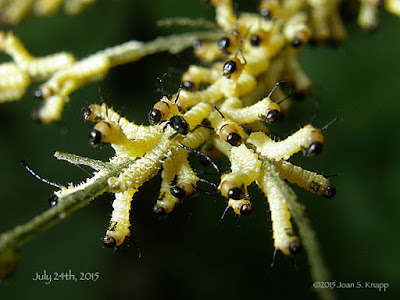 A few larvae at the lead were evolving to the next instar stage; they had enlarged black heads, darkened thoraxes and abdomens with hints of lighter stripes, and longer setae than most of the larvae.

I wasn’t sure how fast these larvae would develop so I went back on July 25th to photograph them again. At first I could see no sign of them. It was hard to imagine that the small larvae I had seen the day before could have disappeared completely. Then I looked on the underside of a leaf where I found the… 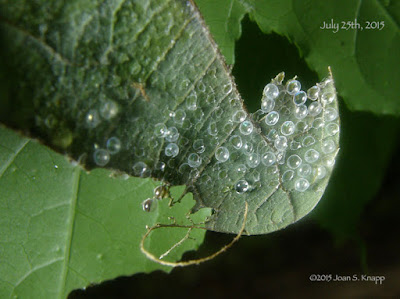 remains of the casings of the eggs from which they had hatched. 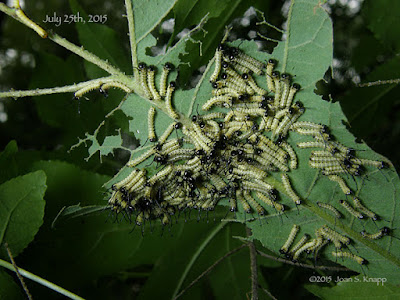 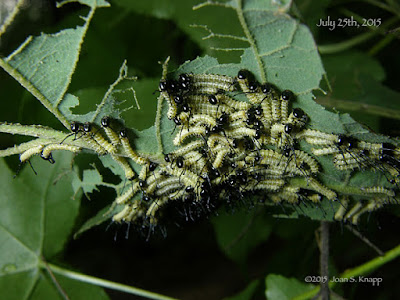 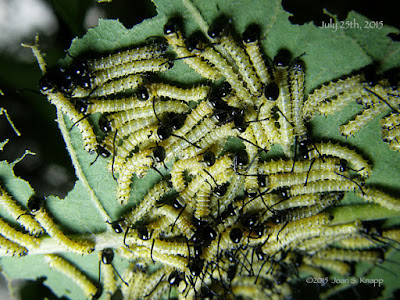 I found two groups of instars under different leaves. Apparently they had sheltered there during the night. All of the instars now had black heads.

My next visit was on July 29th. 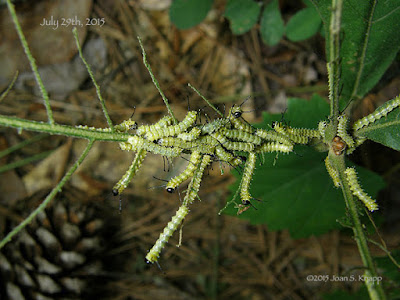 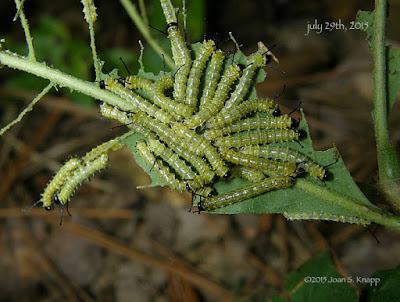 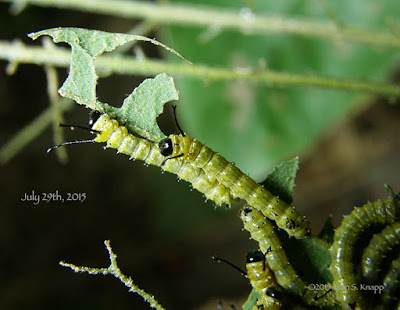 The instars hadn’t changed appreciably in appearance, although a little larger.

I was a little anxious for them. They had almost depleted the leaves on this particular sapling. There were no other Post Oak saplings in the immediate vicinity, although there was one directly across the trail. When I returned the following week, I couldn’t find any sign of them.

I thought that was the end of it – for this year. Then, on August 21st, when I was checking some bracket fungi approximately a half a mile from the location where I had found the first instars, I noticed another sapling that had been completely denuded. There were a few Post Oak saplings nearby and, not expecting to find anything, I climbed the embankment to examine them – just in case. To my delight, I found three… 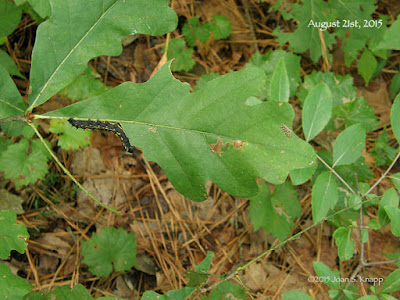 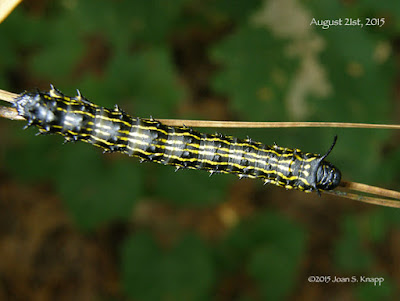 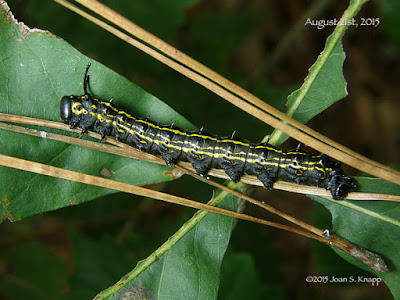 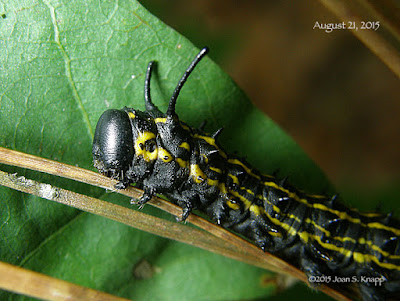 stage 4 larvae, obviously from a different hatching. But it was nice to find some mature larvae. It was great to see the final stage after having seen the earliest stages.

Anisota peigleri is one of six species in the genus Anisota. The larvae of Anisota senatoria and A. finlayson are similar in appearance to A. peigleri and are assigned to the senatoria group. Larvae in this group are black with yellow or orange stripes; larvae of other species are different colors. A. senatoria is found in the eastern U.S. but not in the deep south or northern areas. A. finlayson is found in Ontario and Quebec. A. peigleri is found in the southeastern U.S. from the mountains of Virginia, Kentucky, and Tennessee to central Florida.