August 21st. I spotted these polypores on a small branch that had fallen during a recent storm. 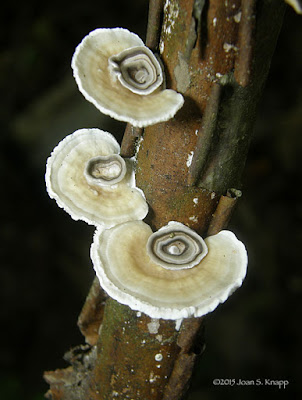 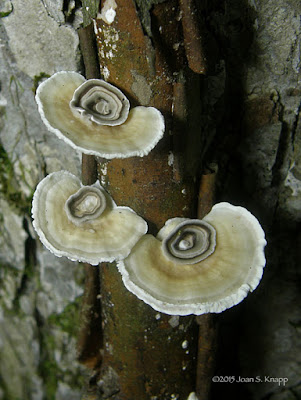 The mature polypores were approximately 1 to 1.5 inches ‘wide’ and 1 inch ‘deep.’ The ‘main’ polypores were a very pale cream color with zones of darker color. They were attached to the branch by a short ‘stem.’ Most of the large polypores had a small ‘cup’ at the point of attachment of the polypore to the branch. These cups were 0.25 to 0.75 inches wide, and had concentric zones of cream and dark browns or grays. 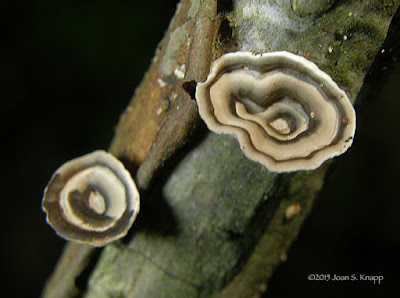 Further along the branch were small cups that didn't have the larger polypres. 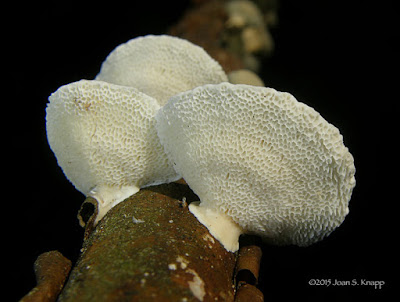 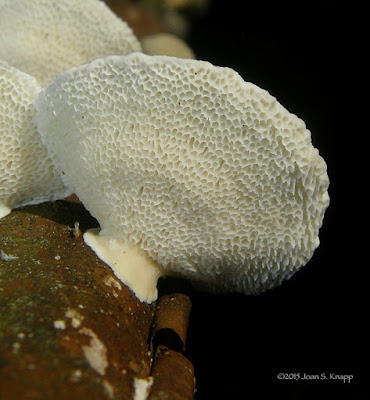 The pores on the underside of the brackets were clearly visible to the naked eye in stark contrast to the pores on a Turkey Tail (Trametes versicolor) bracket. The pores were approximately 0.5 mm in diameter, angular, and irregularly shaped. 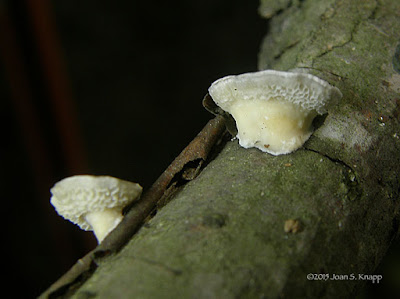 The caps also had pores of the same size as the larger polypore.

It didn’t take long to identify these as the Little Nest Polypore (Poronidulus conchifer). These fungi are sometimes called Trametes conchifer in some field guides, but they have been assigned to their own genus.

So far, I have seen them on recently fallen branches in Barrow and Walton counties in Georgia. I have also weathered polypores on branches that had fallen in previous seasons.