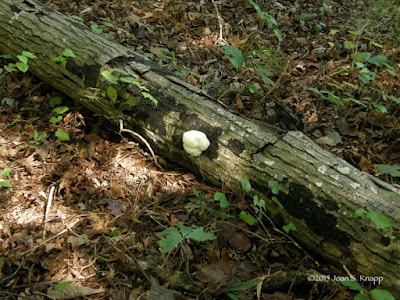 Lion’s Mane (Hericium erinaceus) fungus growing on a fallen log near the Fishing Area in Fort Yargo State Park. This was the first Lion’s Mane I had ever seen. 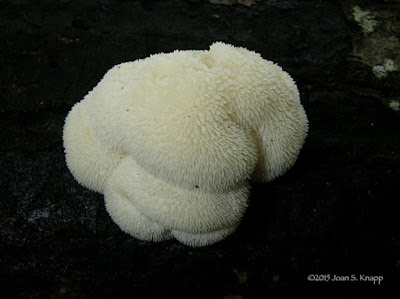 It was a young specimen, only four to five inches long. 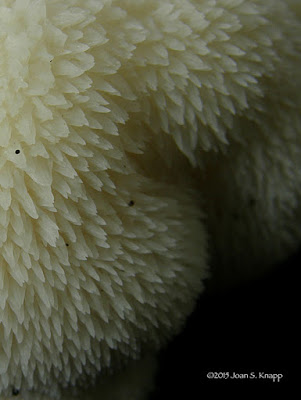 Its teeth were just starting to grow out. This would require another visit in a few days, not another week, to photograph again.

I returned on September 11th to photograph it again. 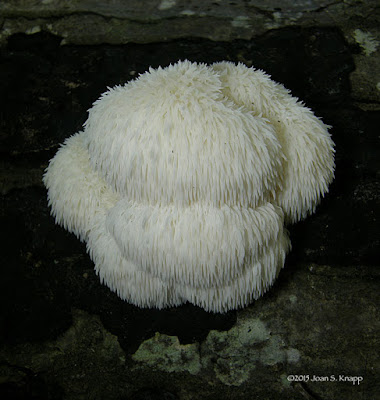 Photographed with artificial light, and… 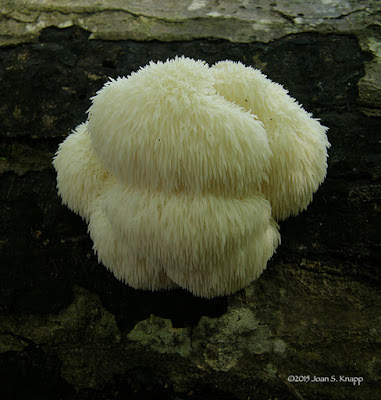 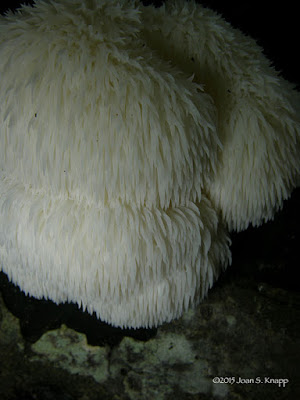 Its teeth had grown to a little more than 1 inch in length.

I was hoping to follow its development but when I returned on September 14th, it was gone, probably collected since they are considered a delicacy by people who collect wild mushrooms/fungi. Just a reminder that it is illegal to collect plants, fungi including mushrooms etc. in State Parks in Georgia.