September 11th – 14th. Trembling Merulius (Phlebia tremellosa) is one of more than 100 species of crust fungi that grow as ‘resupinate’ or flat sheets. This fungus develops as flat sheets and some form extensions that curl over to form a small cap. tremellosa.

I had seen patches of a brown fungus on this dead hardwood log but had never seen any evidence of fruiting. I might not have looked closely at them on this day except for the fact that they were cream rather than brown. 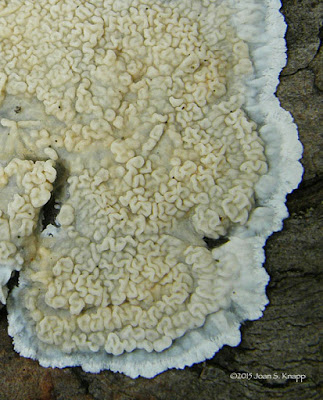 The patches of fungus – one to two inches wide/long - were made up of white margins surrounding areas of convoluted folding, termed ‘meruloid’ folding. This folding is the fruiting surface.

I planned to follow the development of these fungi, that probably turned a deeper pink or orange, but found that they were completely dry and brown three days later on September 14th 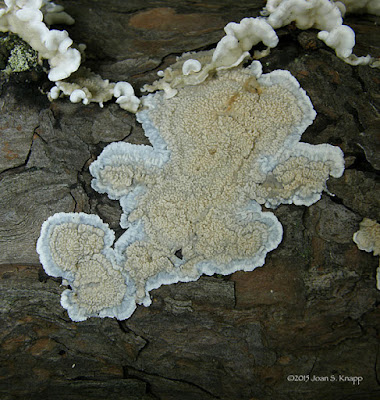 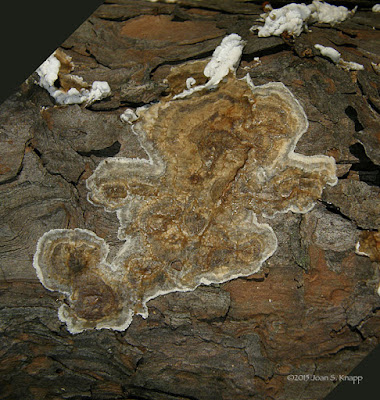 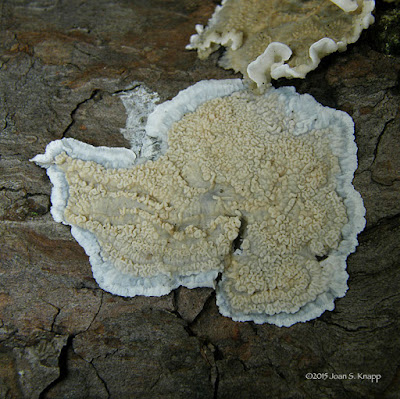 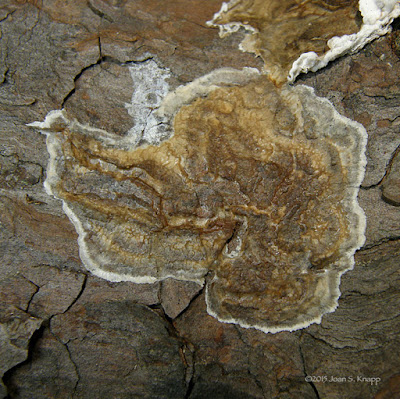 Before (fruiting) and after images of two flat patches of this fungus, and… 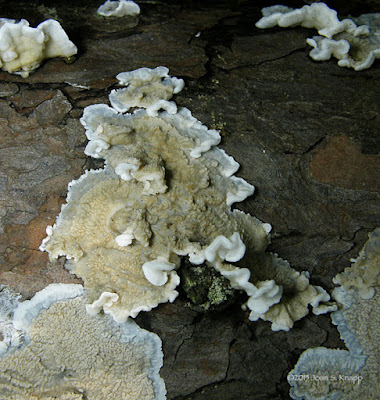 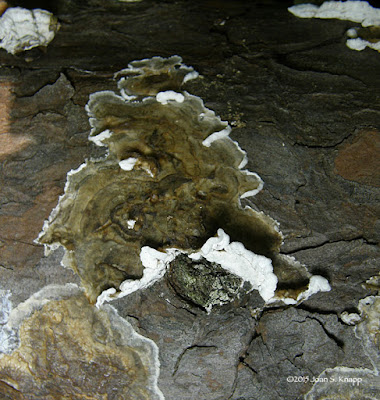 before and after images of one patch that had developed a primitive cap.

From this experience, it’s clear that next time I see this fungus in the fruiting stage, I’ll have to follow it on a daily basis to see the transition from fruiting to dormant.

Note: This fungus gets its common name from its former scientific name, Merulius tremellosus. It has since been transferred from the genus Merulius to the genus Phlebia, becoming Phlebia tremellosa.