August-September. I’d never seen an Ornate-stalked Bolete (Retiboletus ornatipes, formerly Boletus ornatipes), until this year. The first one was located where I couldn’t photograph it. But the second one made sure I saw it – in the end. 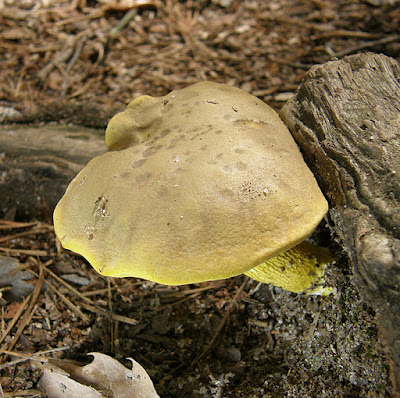 It didn’t look like much from above and I had missed it when I first walked along the trail. It blended well into its surroundings. 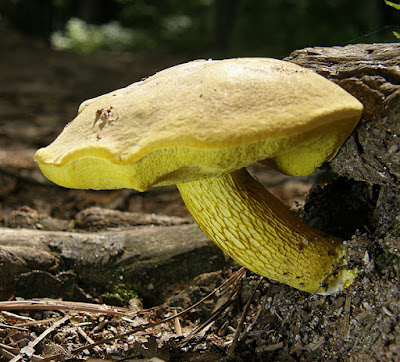 However, it certainly stood out in profile. I spotted it from a distance when I was walking back along the trail. I couldn’t believe that I’d missed it when I passed by it the first time. It was growing from exposed roots in the trail. Its cap was a dun brown, broadly convex, and smooth. I had to sit down on the trail and photograph it. 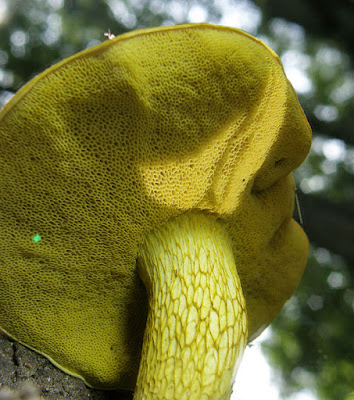 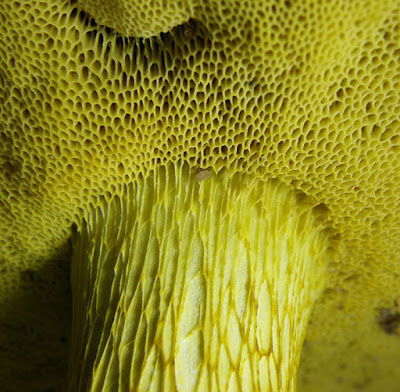 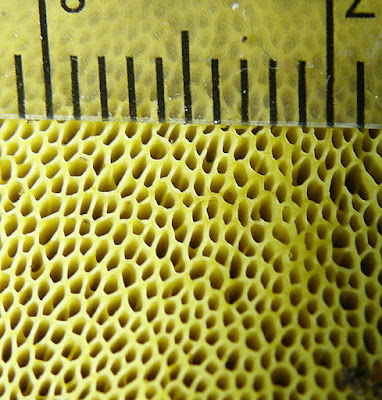 The pore surface was bright yellow with large pores (1-2/mm), easily visible to the naked eye. 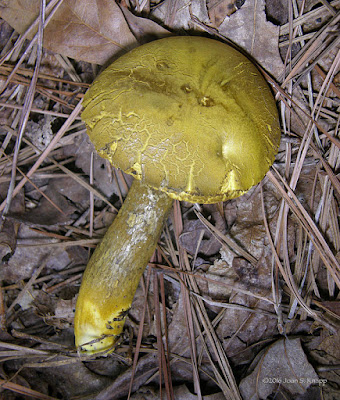 The caps of old specimens were darker in color and often cracked to reveal the yellow flesh. Their stems were dark brown; a close view of the… 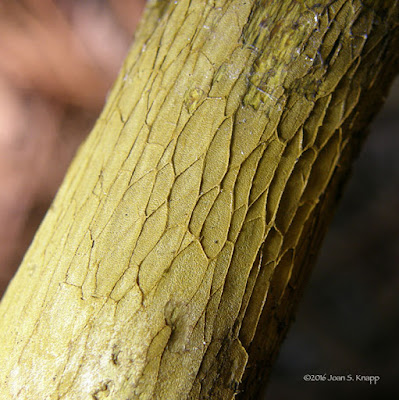 surface of the stem showed that the ornate reticulation was still intact and sharply delineated. 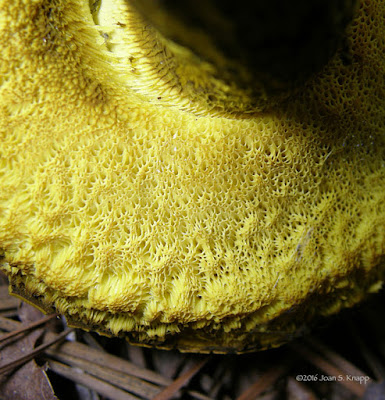 The pores of old specimens, that in this case hadn’t been bruised, had dried and had shrunk into an interesting pattern.

With most observations, I see a particularly specimen on one week only; rarely do I get the opportunity to see the same specimen on two successive weeks. I was, however, fortunate to have this opportunity with one specimen of Retiboletus ornatipes. 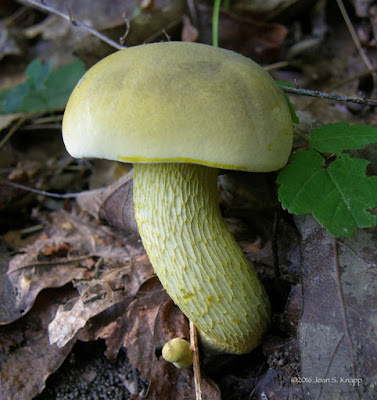 A young specimen that still had a light yellow cap and a pristine stem with ornate reticulation and no bruising. 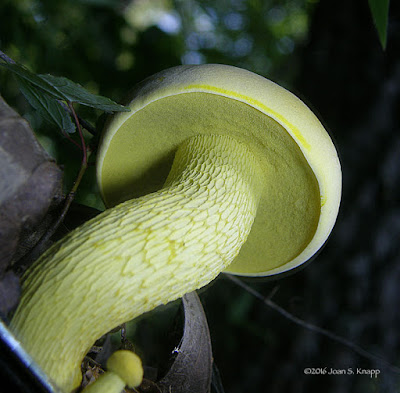 A view of the pore surface and the stem. The pores were still blocked. 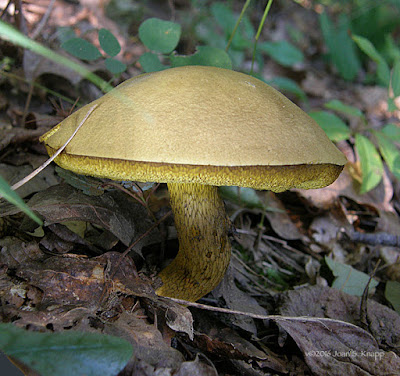 A week later, the cap was broadly convex and tan. The ridges that formed the reticulation were bruised brown. 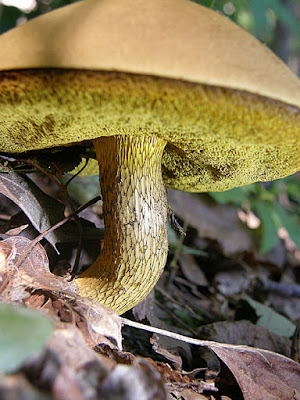 A close view of the stem showed the brown-bruised stem. The ornate reticulation, however, was still quite evident.

This was the only species that I found at various places along the entire length of the trail. I found it at three locations: near the beginning of the trail; midway along the trail, above the cliff; and at the northern end of the trail not far from the Old Fort.

Retiboletus ornatipes is limited, geographically, to eastern North America. Specimens of related species have been found in Central America.