August. The Violet Gray Bolete (Tylopilus plumbeoviolaceus) is another bolete that might easily be overlooked. This one was growing in the ‘island’ created when the trail went on both sides of a tree in a primarily hardwood forest. 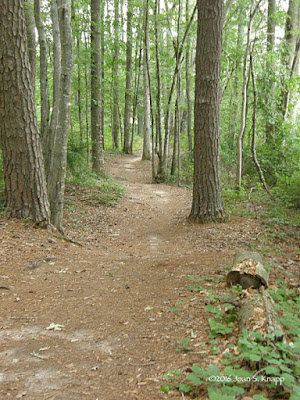 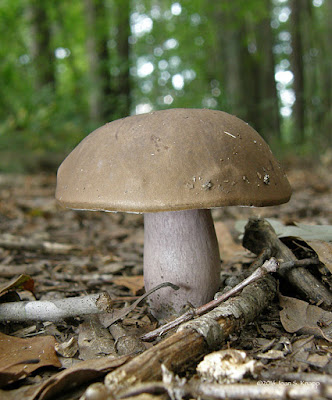 From a distance it didn’t look like much. However, up close it was elegant in its shape and colors. 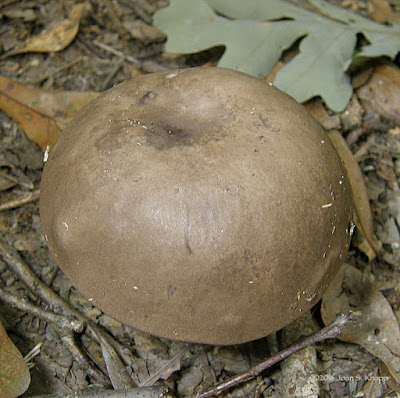 Its cap was brown, approximately 3 inches in diameter, convex, and smooth. 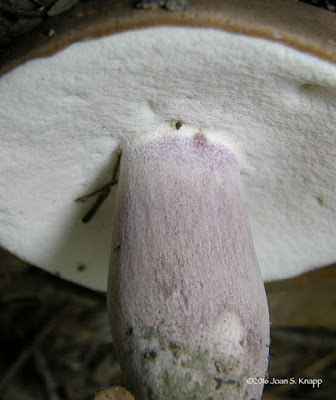 The pore surface was white. Its stem tapered from larger at the base to small at the apex. The stem looked gray from a distance but when viewed up close, was a delicate purple streaked with white. 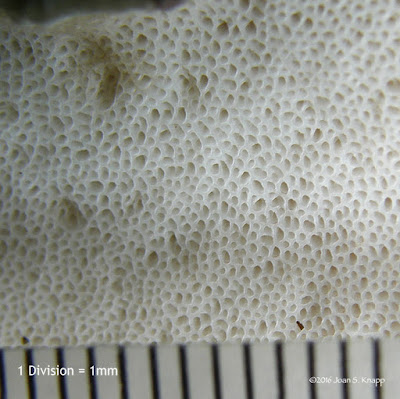 Its pores, 2-3/mm, were angular with relatively thick walls, and also had a translucent appearance.

I found only two specimens of this species: this one in the center of the trail, and another in the woods away from the main trail. Both observations were made north of the Fishing Area.

Tylopilus plumbeoviolaceus appears to be distributed widely in eastern North America although a couple of observations have been made in Central America and Korea.