September 15th, 2012. After driving over Patterson Gap Road in the Chattahoochee National Forest, we turned off Persimmon Raod and drove up the Coleman River Road as far as we could go. We still had some daylight although it was cloudy. We decided to drive up the Tallulah River Road. At the end of the Tallulah River Road, we turned right onto Tate City Road. The valley widens here with the river, much smaller here, on the other side of the fields. We continued on past Tate City and finally ran to the end of the paved road onto a gravel road when it crossed the Georgia-North Carolina border and ended at the head of a trail into the Southern Nantahala Wilderness. On the way, we found…

Showy Gentian (Gentiana decora) or Soapwort Gentian (Gentiana saponaria)
Just a few plants growing on an embankment. This one had a nicely opened flower.  My current guess is G. decora but please correct me if I’m wrong. I still struggling with gentians. 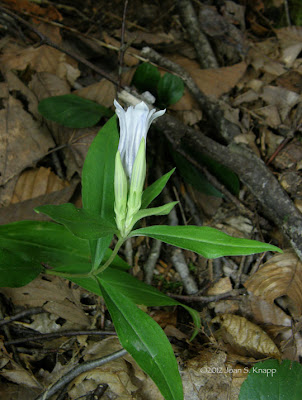 The leaves, flowers and buds 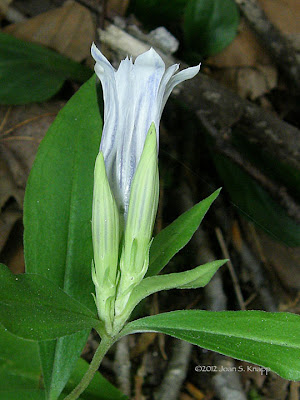 I tried for better photographs of the opened flower but was balanced precariously on loose pine needles on the side of a steep embankment and didn’t quite pull it off, but… 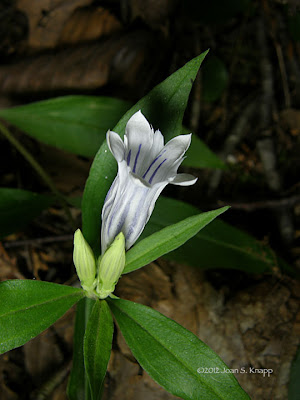 An oblique view of the flower, and… 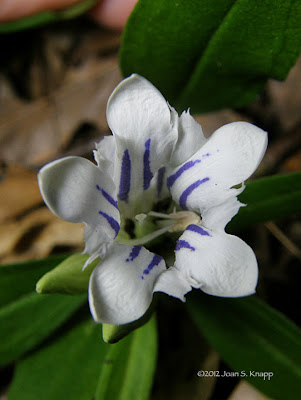 A direct view that’s not quite in as quite a sharp focus as I would have liked. 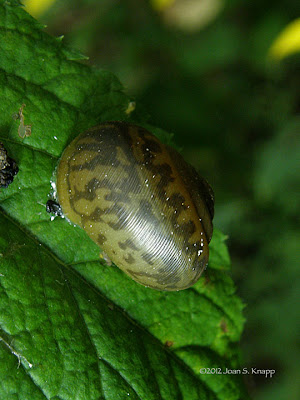 Northern Maidenhair Fern (Adiantum pedatum)
This was the first time I had seen these ferns. They are striking… 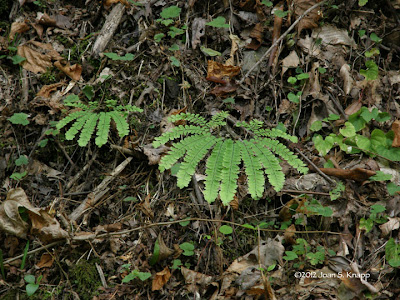 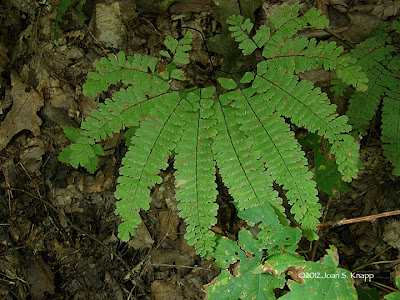 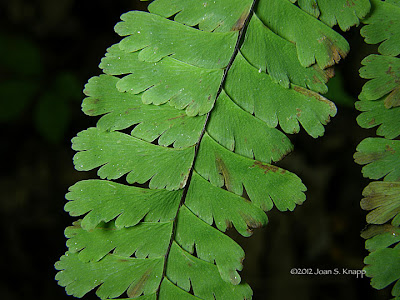 A close-up view of a frond. 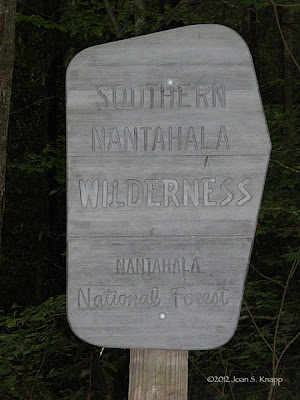 It was getting dark but we wandered along the road near the trail head. 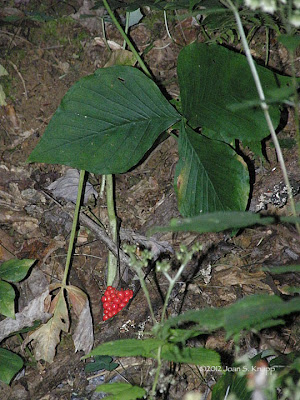 We spotted the ripe seeds and the leaves gave their identity away. 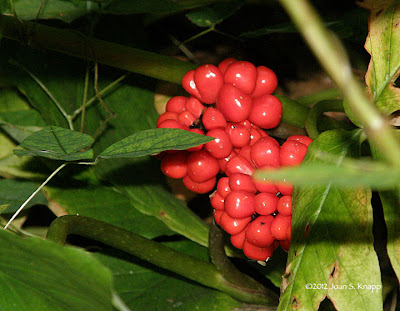 A closer view of the ripe seeds.

Strawberry Bush (Euonymus americanus)
I still enjoy finding these in the woods. 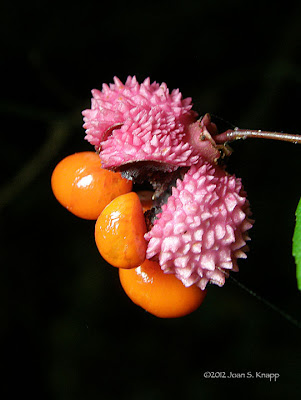 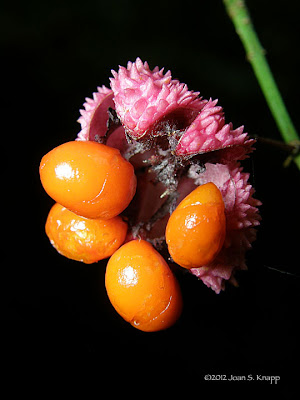 Close views of the ripe seeds 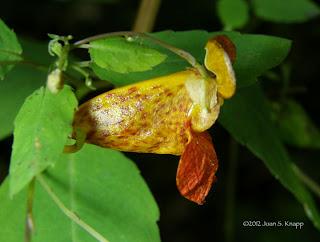 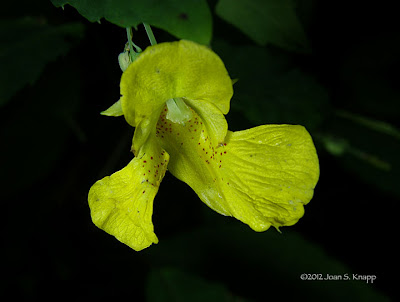 Buckeye seeds
We walked just a little way up the trail. A number of buckeye seed pods with exposed seeds were lying on the trail 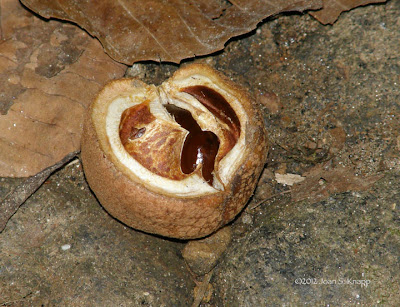 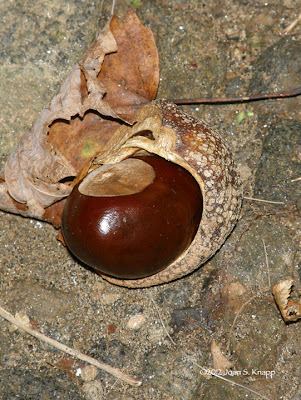 It was late in the season and almost dark as we walked around this area which is certainly a place we’ll visit again in different seasons.
Click on an image to view a larger image

I see that you can call yourself both a botanist and a photographer as well a microbiologist. Those whites and reds are extremely tricky to get right and I'm impressed by the rest.