April 20th, 2013. It was clear from our trip to Boggs Creek Recreation Area in the Chestatee Wildlife Management in Lumpkin County on March 30th that this would be an interesting place to follow through the Spring wildflower season. We visited a second time on April 13th to look at the mystery trillium and check on wildflowers that were developing on our previous visit. This was our third visit…

Actaea pachypoda (Doll’s-eyes or White baneberry, White Cohosh, Doll’s-eyes)
White Baneberry plants were scattered in the shade under the pine trees. On our previous visit, buds were developing or just starting to open. Now most were open. 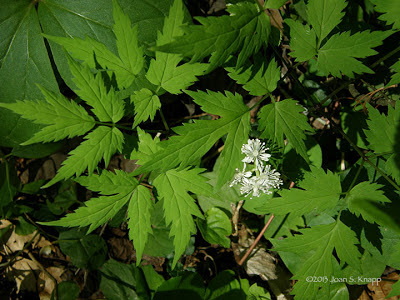 Flower and leaves, and... 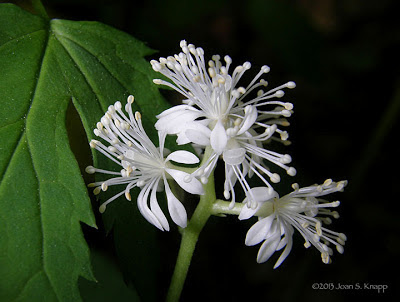 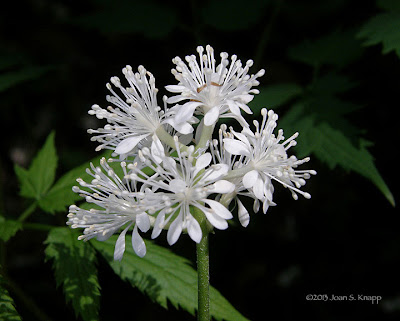 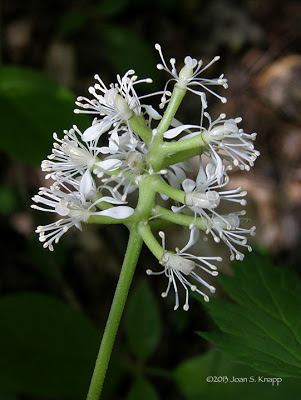 Flowers at various stages of opening 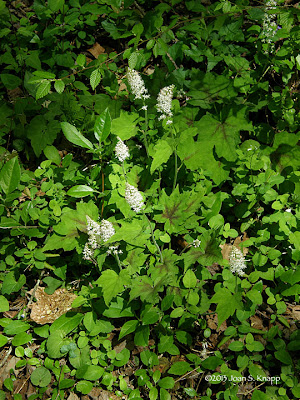 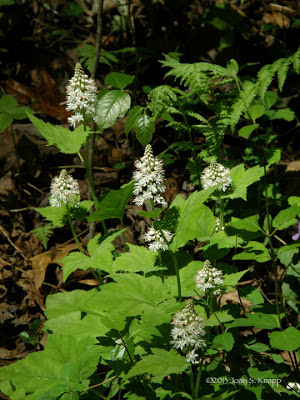 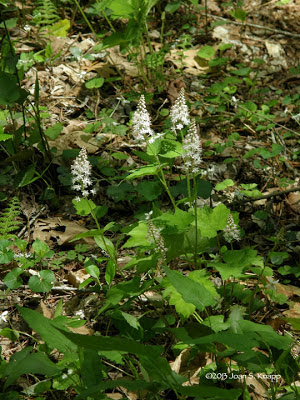 Clusters of plants in the woods, and 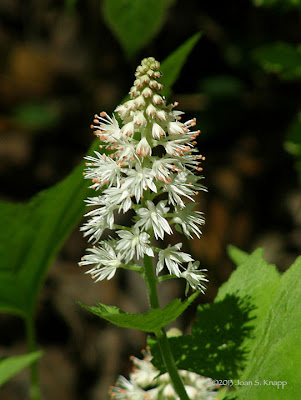 an individual flower spike that still has unopened buds at the tip. 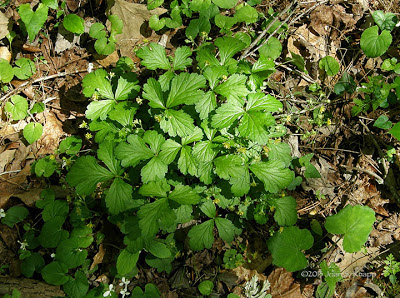 A plant growing on the floor of the pine woods where the trilliums were growing. 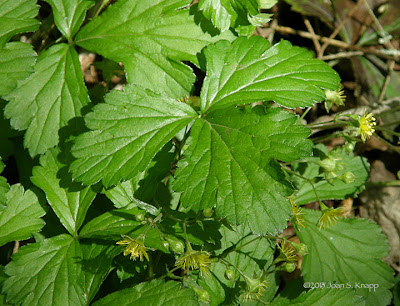 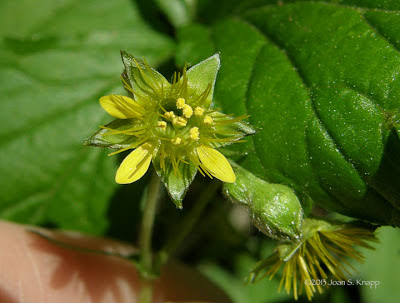 A closer view of an individual flower which has lost some petals. 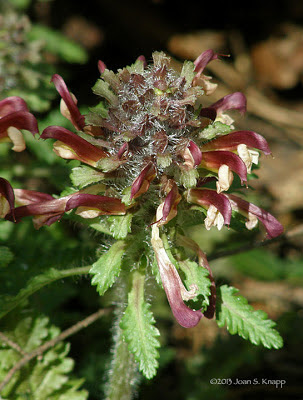 Most of the flowers we found were deep maroon, whereas some were… 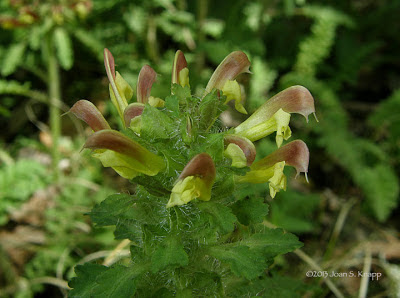 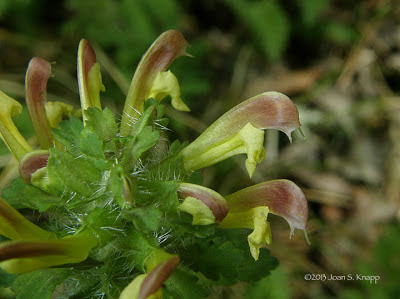 intermediate between the original cream form and the deep maroon form. On this visit, we were able to get better photos of this lighter form.

Iris cristata (Dwarf Crested Iris)
This species is found mostly in the far north Georgia counties. We found a few plants near the lousewort plants; these wouldn’t flower for another couple of weeks. As we drove up the road, we found… 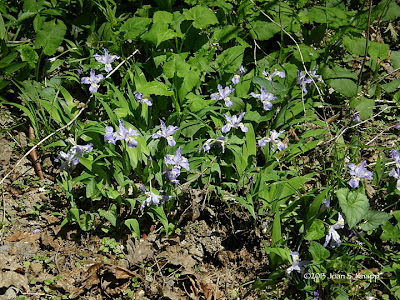 a patch of plants at the edge of the road that had much greater sun exposure. Many of these plants were blooming. 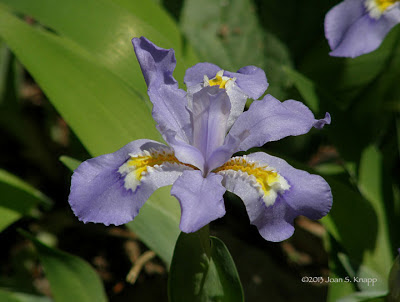 Close up of one of the flowers.

Thalictrum thalictroides (Rue Anemone, Windflower)
We didn’t find many Rue Anemones in this area but there were a few 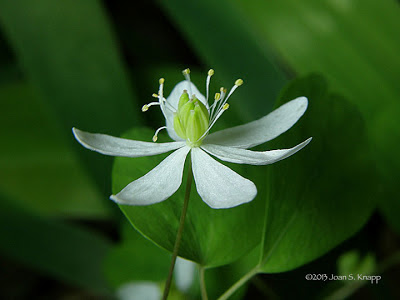 Close view of an individual flower

Sanguinaria canadensis (Bloodroot)
We had found Bloodroot plants along the embankments at Dicks Creek but hadn’t seen any previously at Boggs Creek. On this visit, just after turning around at the end of the road and starting back down the road, we spotted… 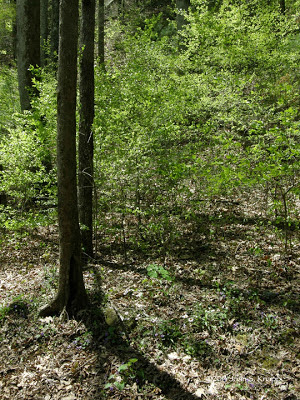 characteristic Bloodroot leaves near the base of a tree. 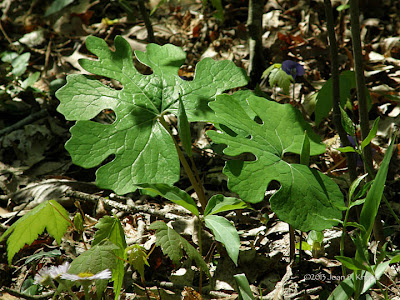 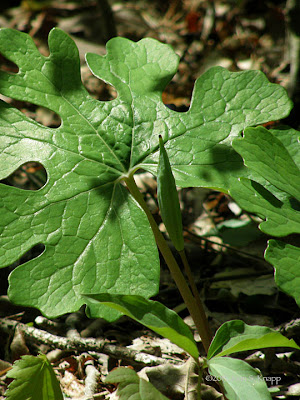 Closer views of the plants that are setting seed. Another site to view this wildflower.

Under normal conditions, we would have gone over to Dicks Creek again. However, we were travelling in a vehicle that probably would not have handled the rougher road very well, we headed over to Sosebee Cove – our first visit to this site – to see what was blooming…
Click on an image to view a larger image