September 15th, 2012. After driving over Patterson Gap Road in the Chattahoochee National Forest, we turned off Persimmon Road and drove up the Coleman River Road as far as we could. This road, also, is graveled and is in reasonably good condition to the Coleman River crossing. It also has suffered water erosion to produce some rough sections in spots. It didn’t have the variety of wildflowers we encountered on the Patterson Gap Road but did have some interesting features.

As we drove south again, W spotted a cluster of Indianpipes (Monotropa uniflora) growing in the open at the edge of the road. We missed them on the drive in because we were more concerned about the condition of the road. Early in the season, Indianpipe plants may be pure white. Later in the year they may, as these do, be a pink color. 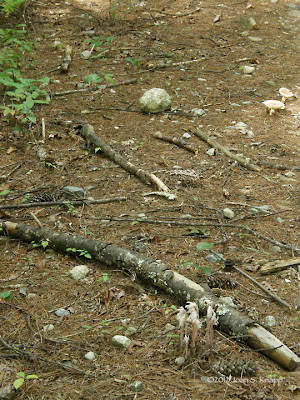 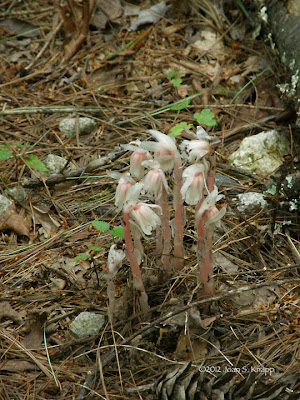 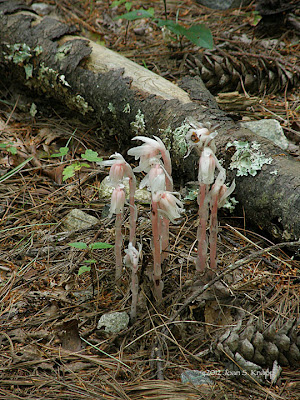 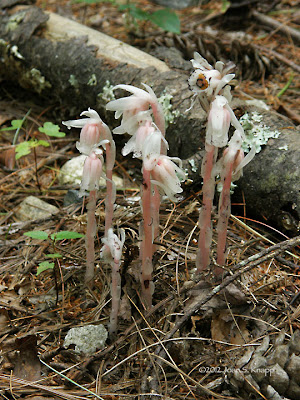 Closer views of the cluster. It was cloudy and the colors were muted 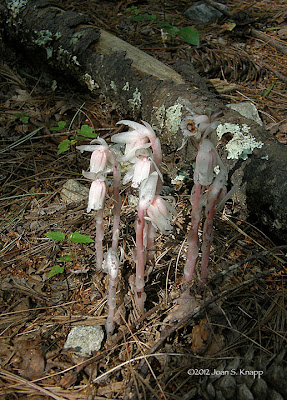 The sun broke through the clouds for a short time and highlighted the flowers. 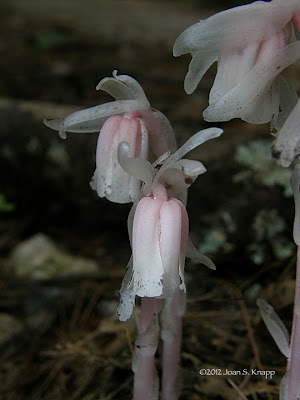 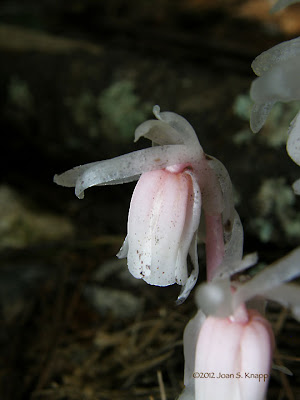 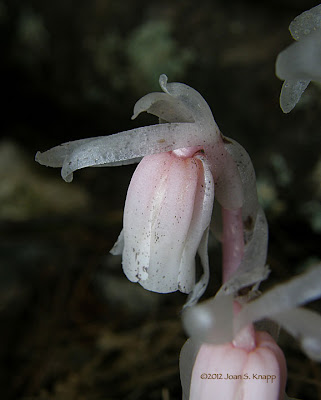 Close-up views of some flowers, and… 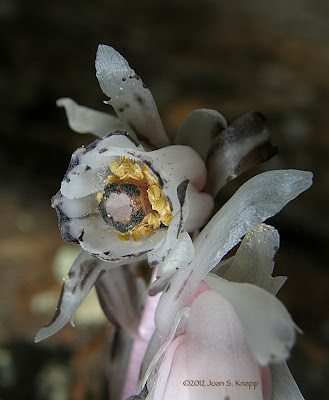 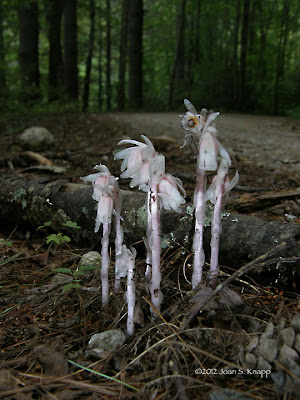 And lastly, the Indianpipe's view of the world. I can see why these are called Indianpipes but they looked more like a group of ghost elders convening a meeting in the woods.

Monotropa uniflora (Indianpipe, Ghost Flower) is native to the United States where it’s been documented in most states in the continental U. S. except for South Dakota, Wyoming, Nevada, Utah, Colorado, New Mexico and Arizona. In Georgia, it’s been documented in a number of counties throughout the state.
Click on an image to view a larger image