September 21st, 2012. The next promising roads after the Coleman River Road and the Tallulah River – Tate City roads were the Popcorn – Plum Orchard roads, still in Rabun County.


Popcorn Road drops quite steeply from US-76 and then climbs quite steeply again. When it drops down ino the next valley, the road fords and unnamed creek and curves slightly to the left. The area on the outside of the curve is very wet in the path of the drainage from a spring – water is running; it’s wetter than a seep. The orchids were growing in the middle of this wet area in the full afternoon sun. 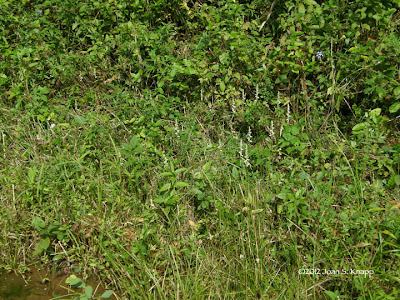 A section of the patch of orchids. The flowering stems were much more visible than they appear in this photograph. 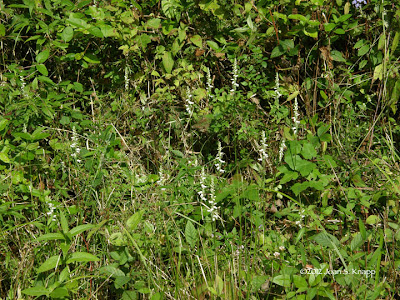 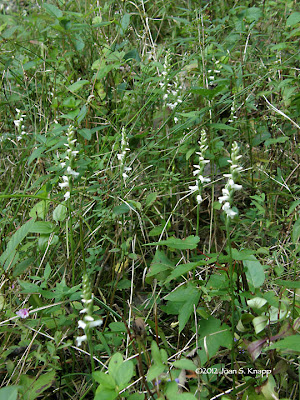 still closer. There were probably about two dozen plants in this area that extended further up the road.

Views of an individual stem … 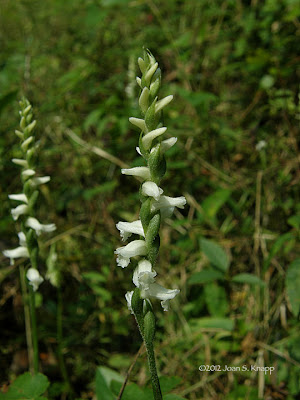 in the sunlight, and… 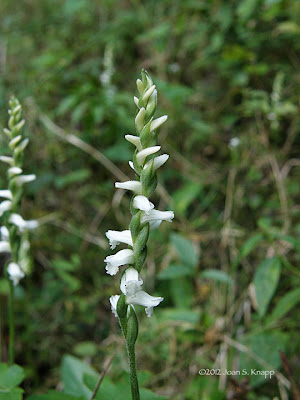 in the shade when a cloud moved over. 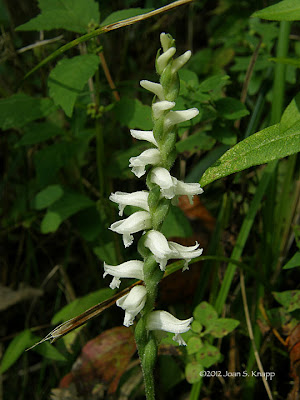 A closer view of the stem. 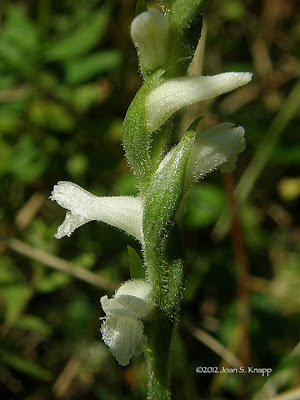 A close view of the flowering section of the stem, and… 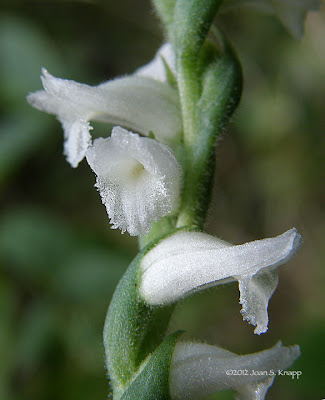 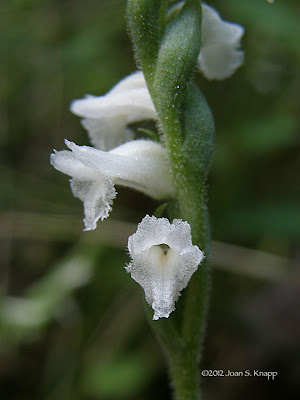 closer views of individual flowers. These were still blooming on October 20th when we drove by this area again.

Spiranthes cernua (Nodding Lady’s Tresses) is native to the United States where it’s found from Maine west to Wisconsin and south to Nebraska, Texas and Georgia; it’s not been documented in Florida. In Georgia, its been documented in counties throughout the state.
Click on an image to view a larger image