September 15th, 2012. We drove over Patterson Gap Road from Betty’s Creek Road to Persimmon Road. Patterson Gap lies on the Tennessee Valley Divide in the Chattahoochee National Forest. The road is graveled and water erosion has produced some rough sections.

Our first find was Lobelia siphilitca (Great Blue Lobelia). Further up the road – at about 2,900 ft asl - we started to see gentians. We spotted Gentiana saponaria (Soapwort Gentian) and Gentiana quinquefolia (Stiff Gentian) further up the road. Near the top of the pass, we found a blazing star that we’ve tentatively identified as Liatris squarrulosa (Southern Blazing Star) and Prenanthes altissima (Tall Rattlesnakeroot) growing at the top of the pass. Further along the road we found a couple of Solidago bicolor (White Goldenrod, Silverrod) that we don’t see closer to home.

We were on the southwest side of the Tennessee Valley Divide where the environment was drier. It was here, still at the higher altitude that we found our first Impatiens pallida (Pale Touch-me-not) that we’d never encountered before. 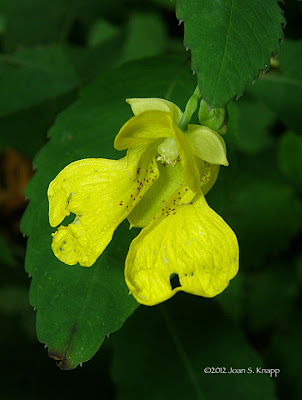 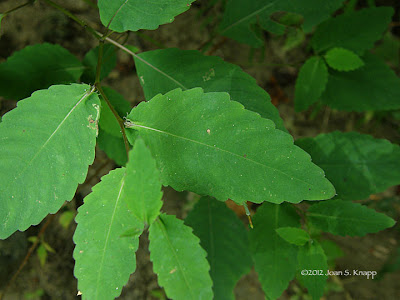 The leaf is very similar to Impatiens capensis (Jewelweed) 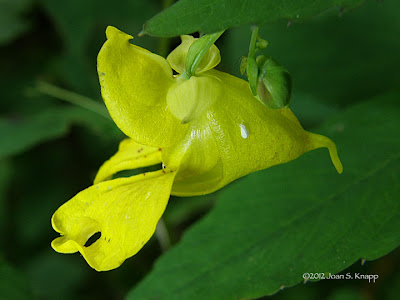 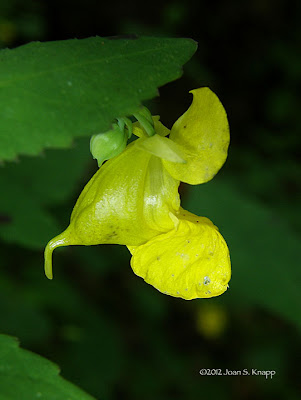 Side views of the flower. 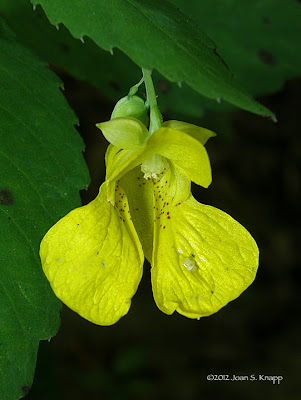 Close up of a flower

Impatiens pallida (Pale Touch-me-not) is native to the United States where its found from Maine west to Minnesota and south to Oklahoma, Arkansas, to Alabama and Georgia; it’s not been documented in Florida. In Georgia, its been documented in Towns, Union, Murray and Walker counties in North Georgia.
Click on an image to view a larger image