February 14th, 2013. Well, technically, it’s still Winter but… We’ve had a mild Winter but we were a little surprising to see trilliums. W was scheduled to make a frog survey run in Wilkes County so we spent the afternoon running the roads north of the Broad Rivers. One of our standard stops is the Broad River Wildlife Management Area in Elbert County.

We drove out to the Broad River at two places – one from River Road that looks downstream to Anthony Shoals, and the second from GA-79 that reaches the river at the shoals. On our prevous trip during the Fall, this second road had been torn up during the wet weather. It’s since been repaired and we were able to reach the river this time. 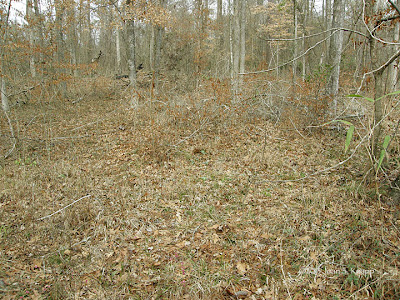 We were following a track that followed the shoreline west when we spotted some tell-tale variated, trifoliate plants in the grass. When we started looking around we found a lot of trilliums – Trillium cuneatum (Little Sweet Betsy, Purple Toadshade, Whippoorwill Flower) – in bud. These plants were interesting in that they were only 5 to 6 inches in diameter (saucer size) compared with the plants we saw last year at Scull Shoals Experimental Forest and the Piedmont National Wildlife Refuge that were much bigger. 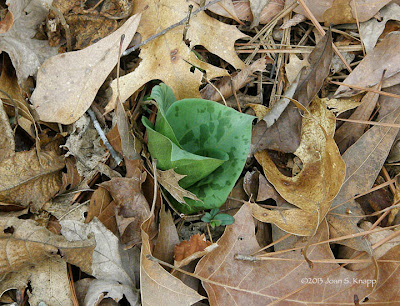 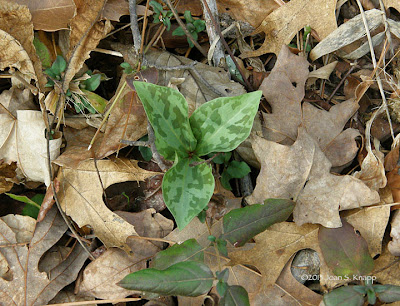 There were some slow-pokes that were just pushing their way out of the ground. 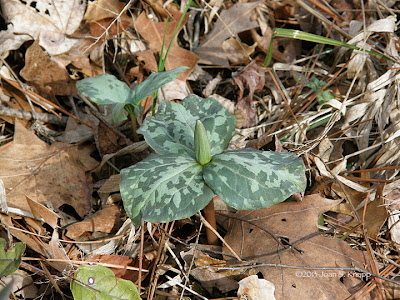 Most were in bud, both as individual plants, and... 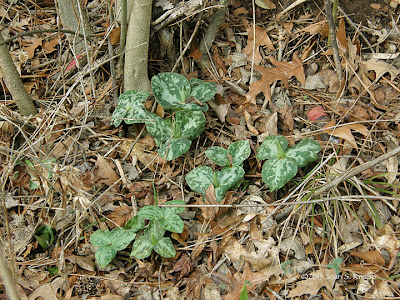 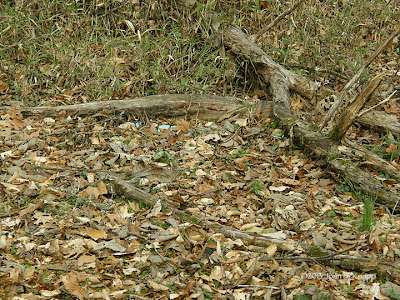 And then we spotted one in bloom. Can you see it? It’s a little left of center in this image. 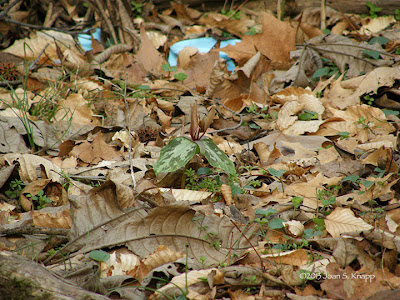 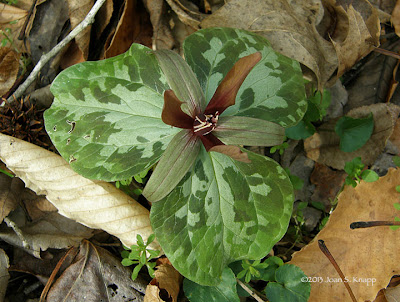 Close views from above and… 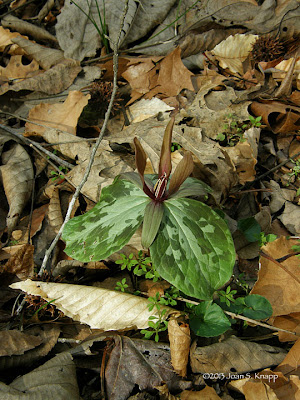 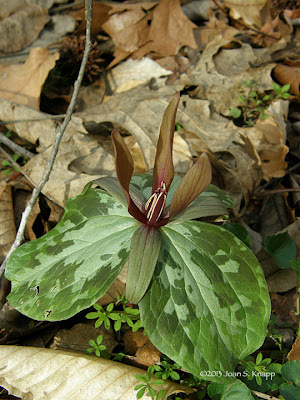 As we drove out, we saw many plants that we’d overlooked on the way in. In a week or two most of the plants will be blooming.

Trillium cuneatum is known by the common names Little Sweet Betsy, Purple Toadshade, Whippoorwill Flower, and Large Toadshade. It is stalked, had mottled leaves and erect flowers that are purple to brown. The anthers and stamen are a characteristic maroon and gold. This species is found in the eastern United States from Pennsylvania and Illinois south and southeast to Georgia, Alabama and Mississippi. In Georgia, they are found more frequently in counties in north Georgia and in other areas in the state.
Click on an image to view a larger image

When I read your post, I ran outside in my pajamas to see if my T. cuueatum was up yet. Alas, no. I live in Chambers County Alabama

Sorry. That was a little cruel of me. The Board River WMA - part of this WMA is in South Carolina - is 425 ft above sea level and much warmer than the other areas we see this trillium. I must admit that I'm going to check out the Scull Shoals site next week but I'm not overly optimistic that they'll be up there yet either.

Thank you for submitting this post to our February Berry-Go-round carnival! It is now up at Foothills Fancies. Happy reading!