February 20th, 2013. We were cruising slowly down a rural road not far from the Scull Shoals Experimental Forest when we passed a big bird perched on the branch of a fallen tree. My impression was of a very large bird with a shocked look on its face. It took a few seconds to register that we’d been within about 20 feet of this bird.

We stopped. Rather than back up and risk spooking the bird, I twisted around in my seat and leaned as far as I could out the window and captured these images from a short distance down the road.  The bird, identified as a juvenile Red-tailed Hawk (Buteo jamaicensis) was seemingly unaffected by our being there and didn’t pay much attention to us. It was looking for supper. 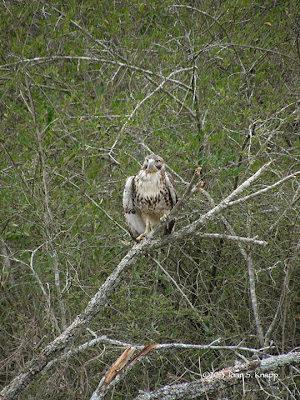 The view using a full zoom.

Following are a set of images cropped from this and other images captured as the hawk searched its surroundings for prey. 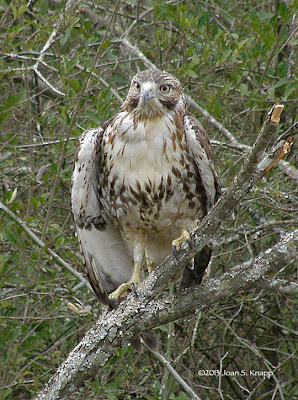 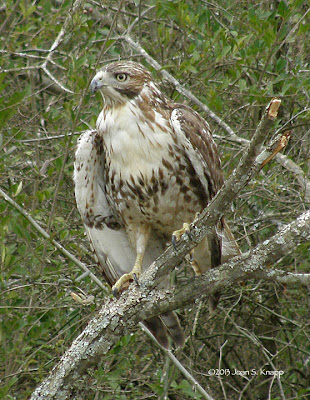 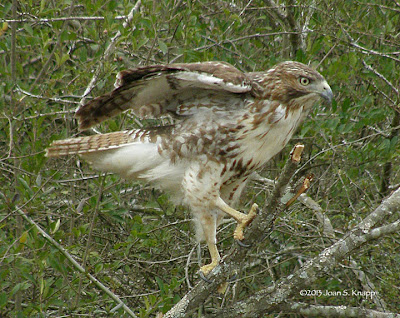 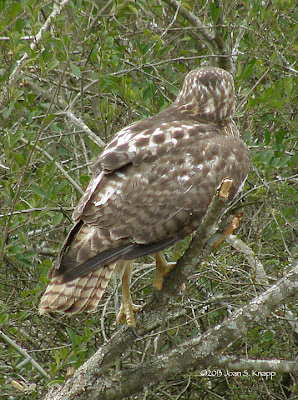 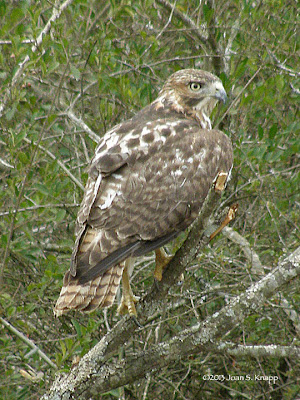 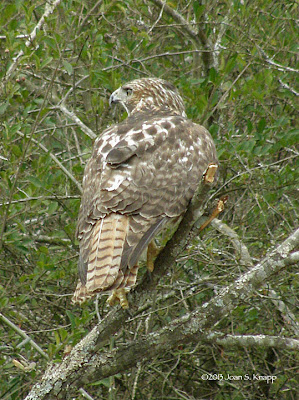 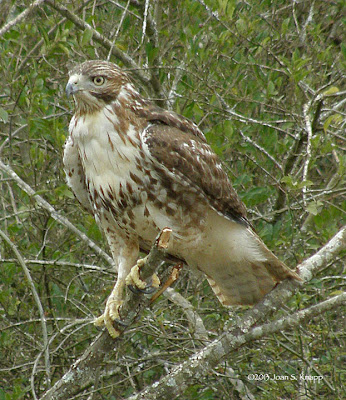 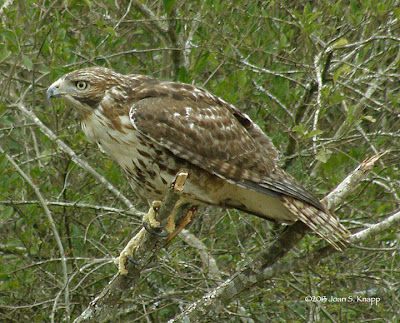 I've seen a number of juvenile Red-tailed hawks at this time of year but this is the only one that has been in a location where we could stop or stayed put to be photographed.
Click on an image to view a larger image

What wonderful pictures. Thanks for sharing them.

Wow, I would be very happy to have gotten these photos of this hawk.
Well done.