At this location, a cluster of trilliums grows on the west side of a tree in a sheltered location. Others grow in the open beside the road.  We didn’t see any obvious sign of plants in the open and wandered over to the tree. 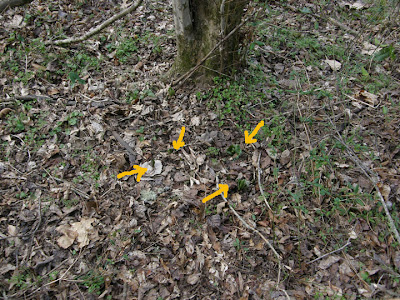 The tree… Looking closely, we found a number of plants just poking their heads up through the leaves. It would be so easy to trample the plants at this stage. Since we knew where they grew in this area, we were able to approach them without risking damaging them. 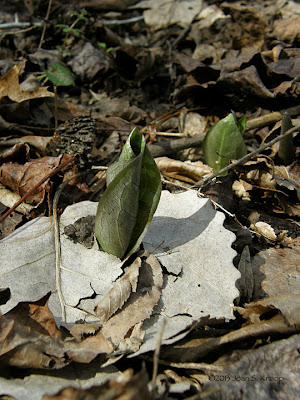 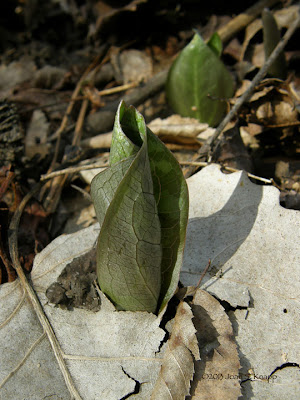 It did give us a great opportunity to see the veining on the underside of the leaves. (Another trillium is opening just behind and to the right of this one). 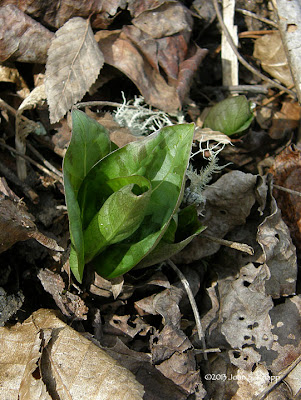 The characteristic color pattern of Trillium cuneatum is visible on the top of the leaves of this plant. 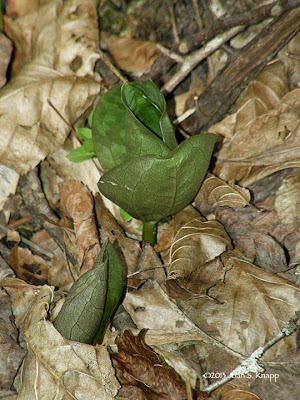 The stalk is visible on this plant. Plants in this location are relatively large and have long stalks. 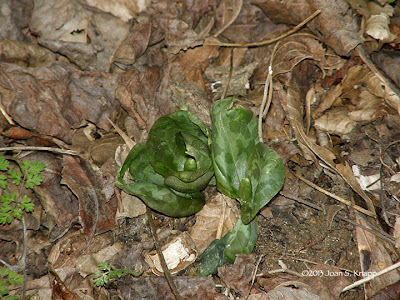 These two plants were the most developed and let us see even younger flower buds than we had seen on the plants at the Broad River WMA. 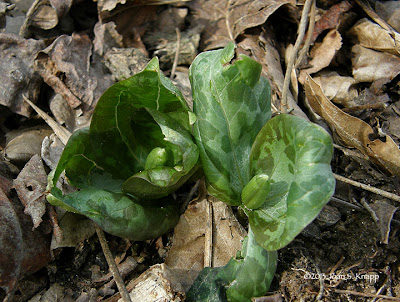 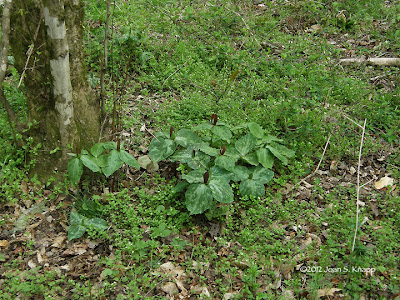 This is what they’ll look like a a few weeks. These were photographed last year.

Trillium cuneatum is known by the common names Little Sweet Betsy, Purple Toadshade, Whippoorwill Flower, and Large Toadshade. It is stalked, had mottled leaves and erect flowers that are purple to brown. The anthers and stamen are a characteristic maroon and gold. This species is found in the eastern United States from Pennsylvania and Illinois south and southeast to Georgia, Alabama and Mississippi. In Georgia, they are found more frequently in counties in north Georgia and in other areas in the state.

It wasn’t surprising that only a few trilliums had emerged in this location. The plants
at the base of this tree were not only protected from the cold but were bathed with warm sunshine in the afternoon, making this a slightly warmer location than the open areas where the other trilliums grow. It won’t be long, however, before the other plants also emerge to bloom again.
Click on an image to view a larger image