March 5th, 2014. We installed a couple of log feeders in mid-December, 2013. Our inspiration came from a log feeder at the Ontario FeederWatch Cam sponsored by the Cornell Lab of Ornithology that was visited regularly by a Pileated Woodpecker (Dryocopus pileatus).


Within a day or so of installation, Downy Woodpeckers (Picoides pubescens) began to feed at these logs and, within a few days, other birds began to investigate the logs. 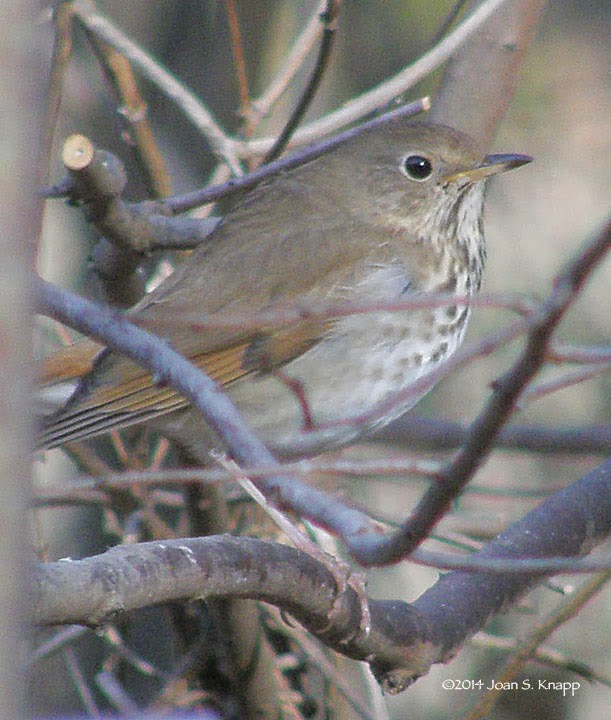 I was delighted when I spotted a Hermit Thrush (Catharus guttatus) on a limb near the log feeders. I didn’t expect to see a thrush at the feeders. 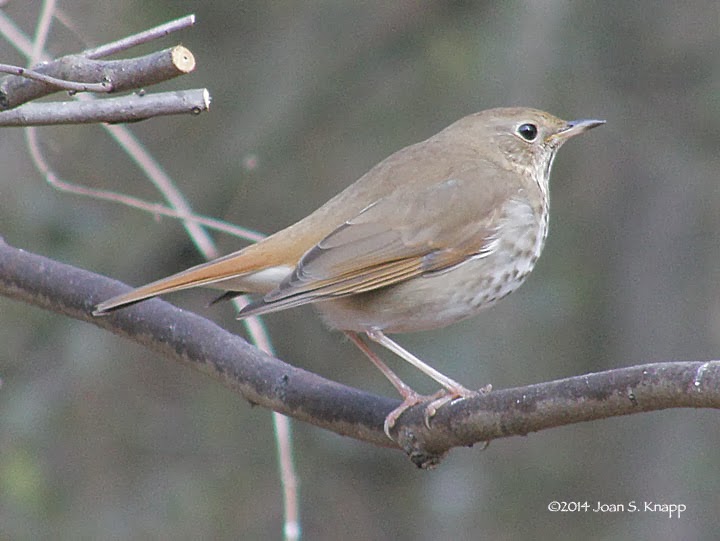 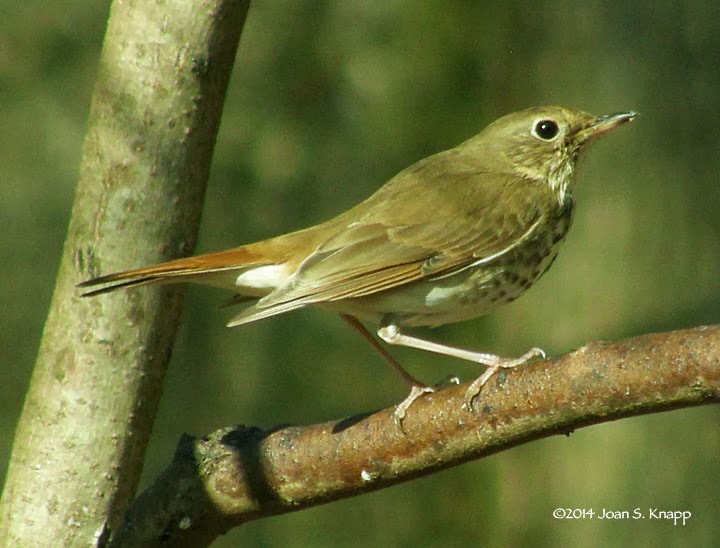 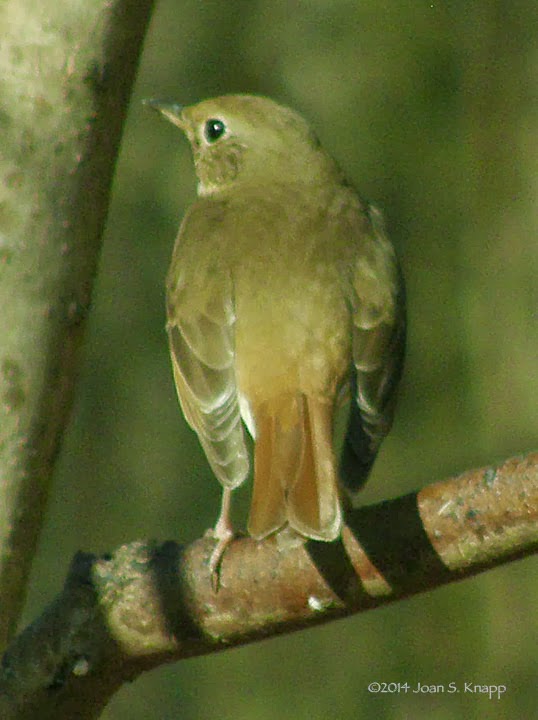 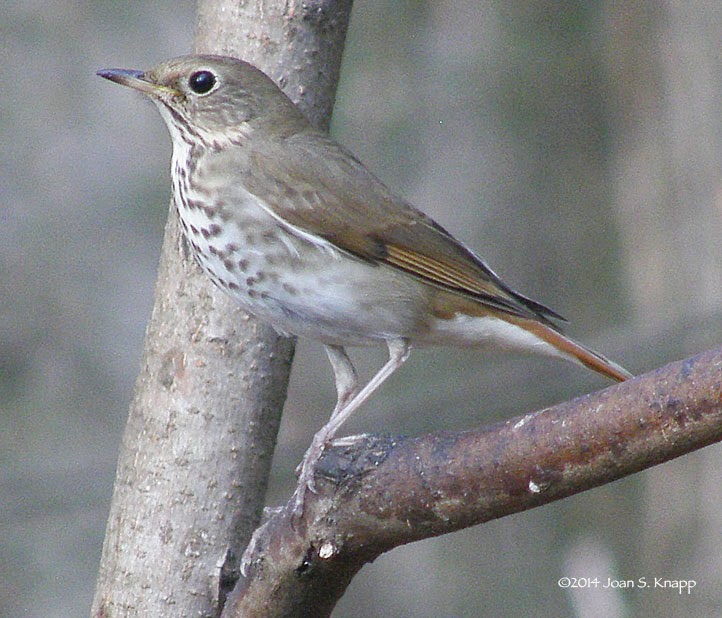 Luckily it chose this limb as its usual perch, and landed on… 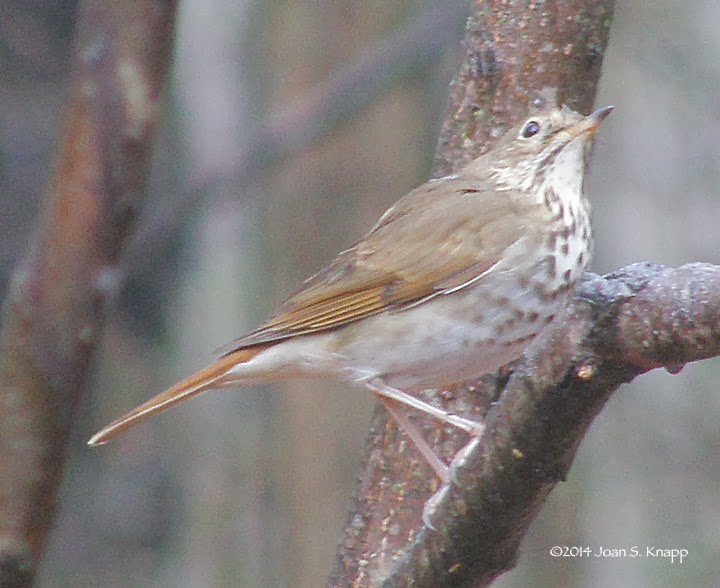 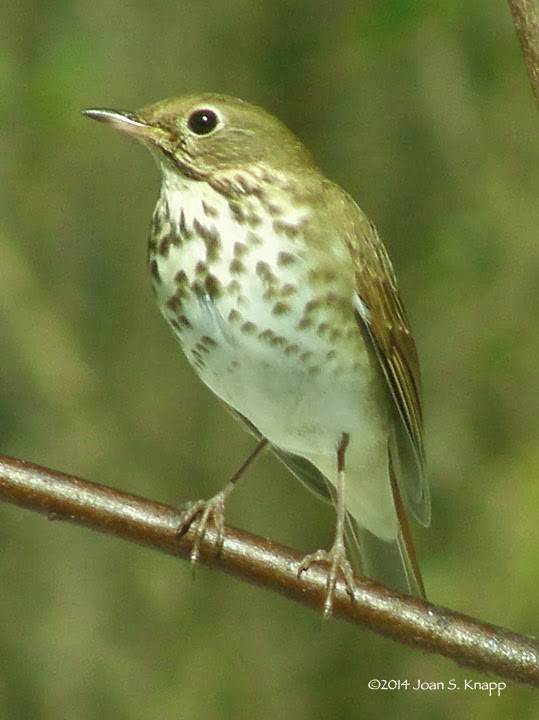 a couple of other ‘open’ limbs after grabbing food from the logs. 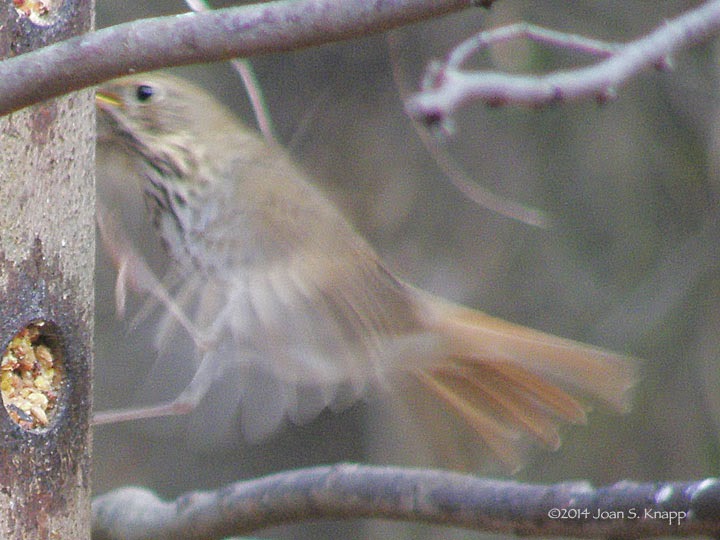 The thrush wasn’t particularly adept at landing on the log to feed and would grab a mouthful of food ‘to go.’ On very rare occasions, it would gain purchase on the feeder but still have to flap its wings to stay in place. 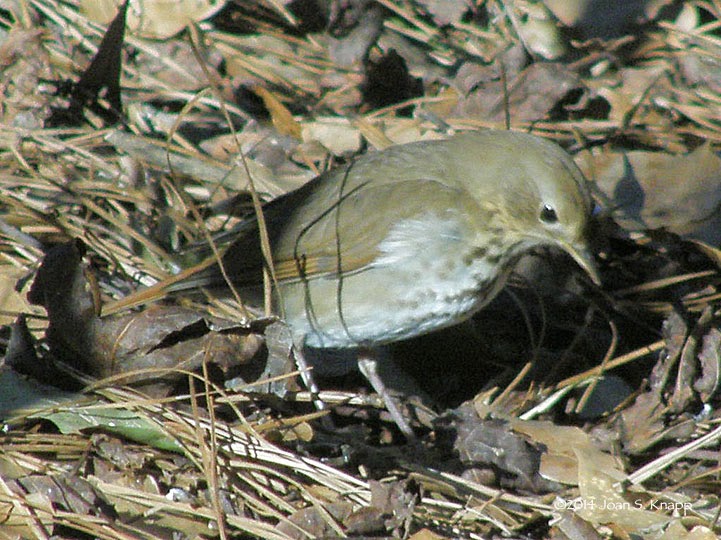 Occasionally it would forage for the seed mixture that had fallen on the ground.

The Hermit Thrust would visit the log feeders intermittently from early morning to late afternoon.