Spotted buds and flowers, and… 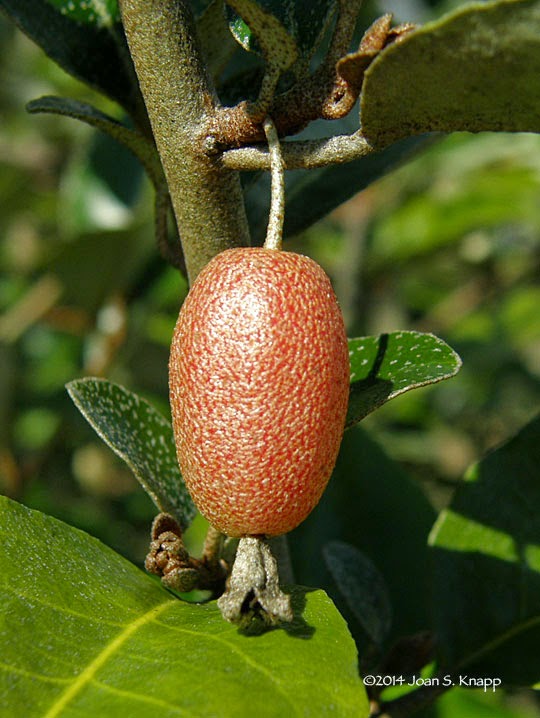 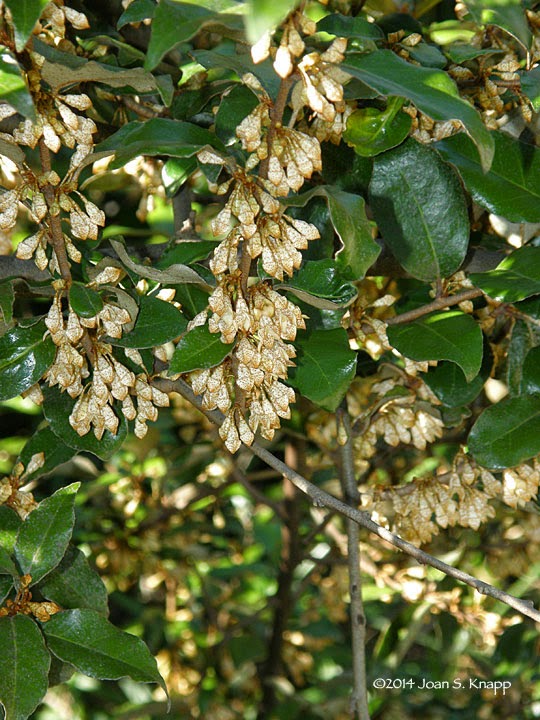 They are blooming profusely at the moment. The fragrance from the flowers is almost overwhelming.

As much as these bushes are reputed to be invasive, they provide a rich source of nectar for honey bees at a time when sources of food are sparce. The bushes hum with the sound of hundreds of bees swarming around them.

This morning, however, I saw flashes of orange and thought they were Gulf Fritillaries but suddenly realized I was looking at Monarch butterflies (Danaus plixippus); there were at least four and, possibly, as many as six. They were alternating between basking in the morning sun and feeding on the nectar from the flowers. 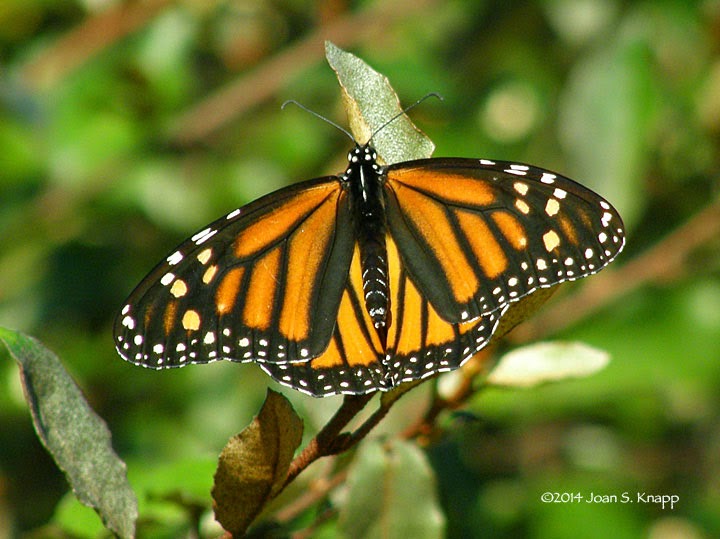 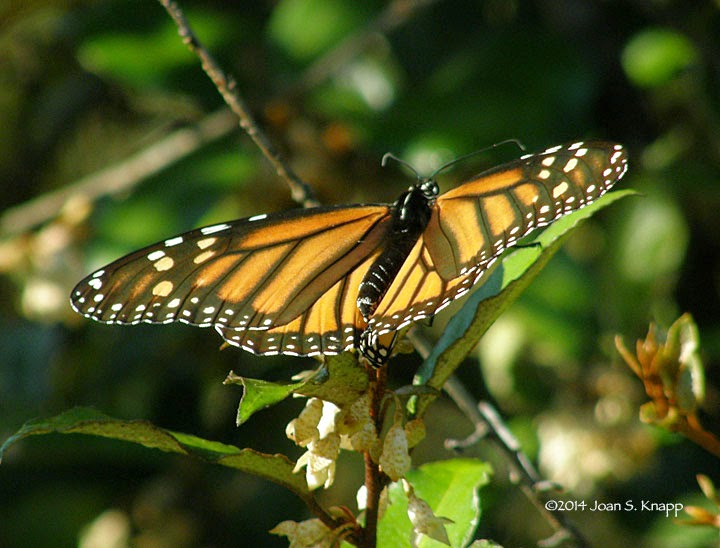 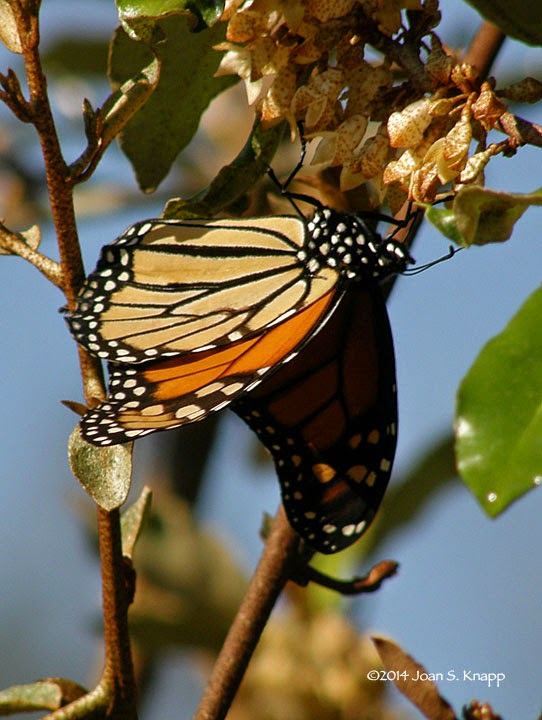 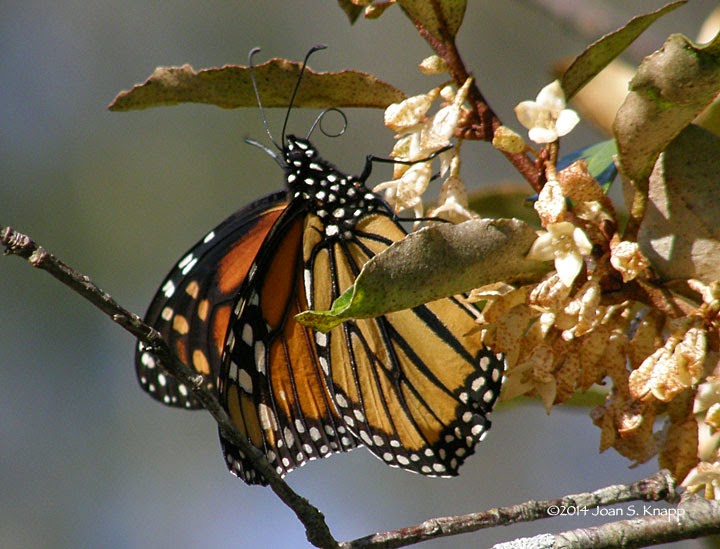 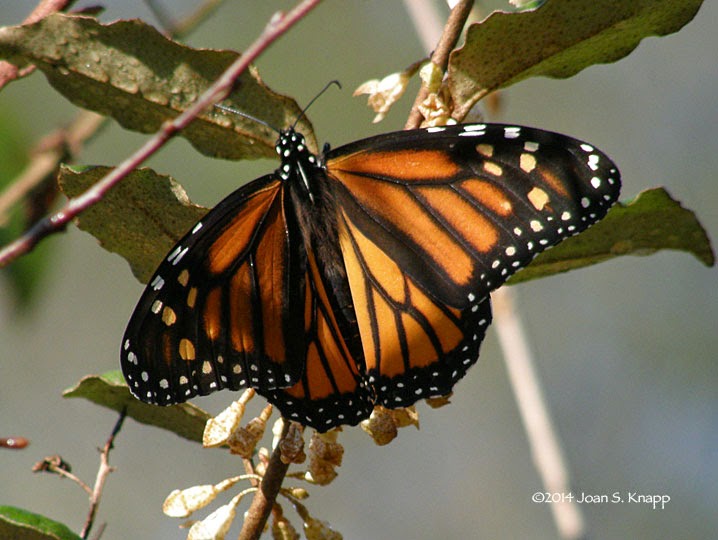 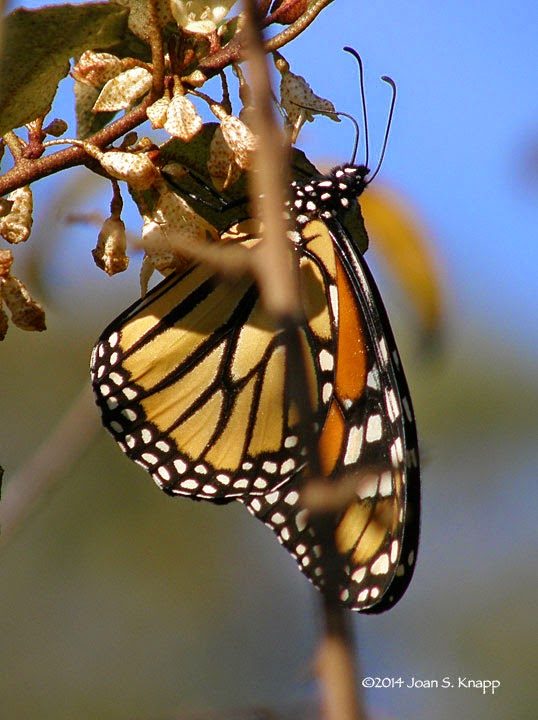 As much as the elaegnus get a bad rap for being invasive, it appears that these plants may be providing an important source of food for these butterflies as they migrate south to Mexico for the Winter.

I’ve seen the occasional Monarch in the woods during the Fall but never in the numbers I saw this morning. This is the first time I’ve seen Monarchs on the elaeagnus. Obviously I’m going to have to pay more attention to these bushes during the Fall.
Posted by JSK at 11:12 PM