October 4th, 2014. We often see several does with their fawns in the field between our house and the road. One doe had two fawns this year. They would spend the afternoon in the field and I’d often see them move into the woods at dusk. I was so used to seeing the fawns with their spots that I was somewhat taken aback when I saw them on this particular afternoon and saw that they no longer had any spots. They were young adults. 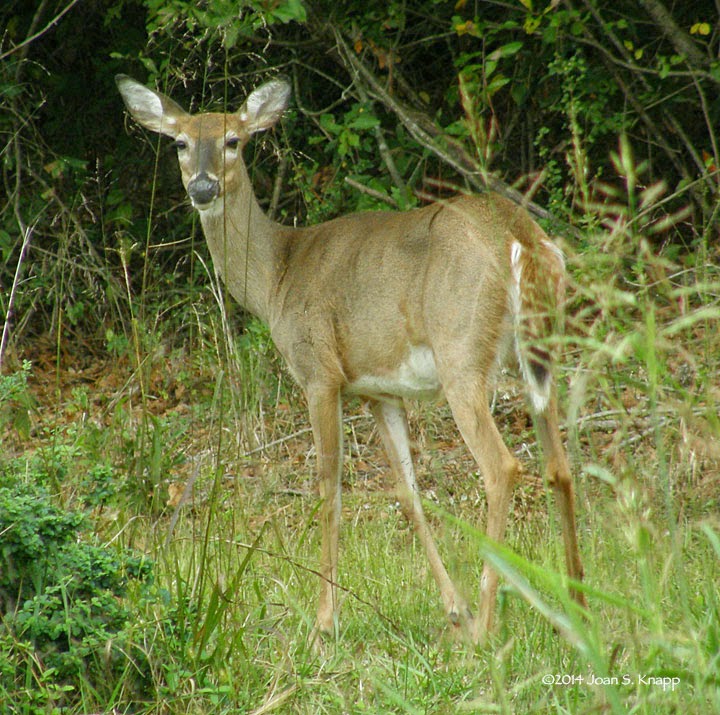 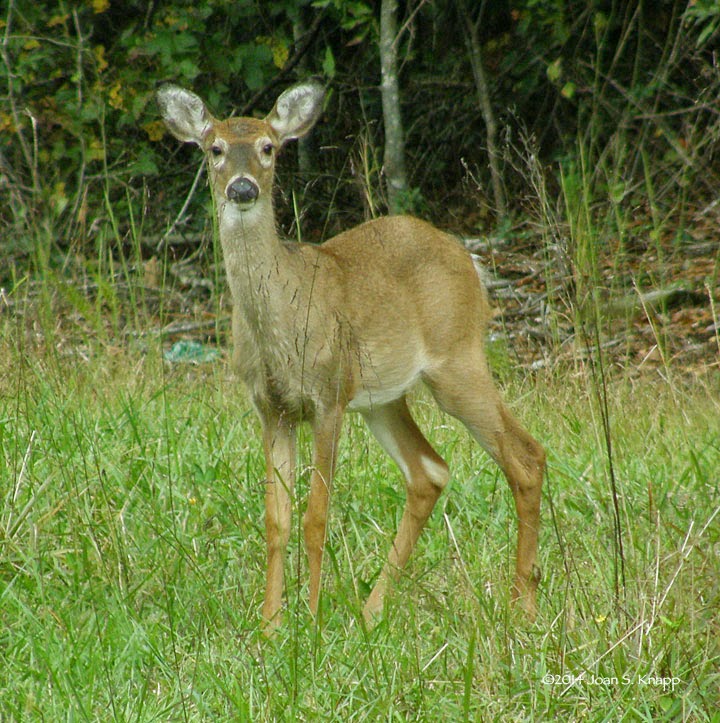 one of the fawns.


I haven’t seen them recently. Maybe they read that the deer hunting season was about to begin (October 15th) and they should lay low for a few months?
Posted by JSK at 7:42 PM