October 12th, 2014. Adult male and female Evening Grosbeaks (Pheucticus ludovicianus) arrived at our bird feeders at the end of April. 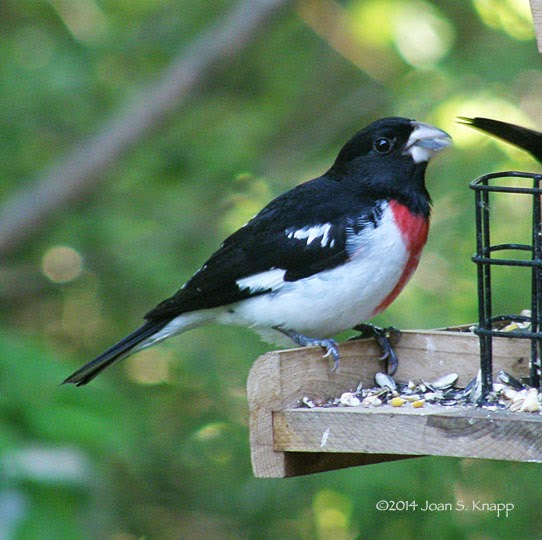 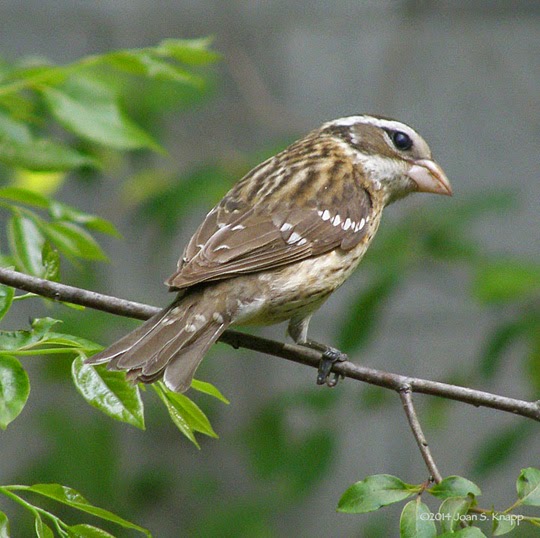 The female wasn’t as shy and came to the sunflower tube feeder several times a day for almost two weeks.
We are a little south of their breeding range so they were migrating north at the time. 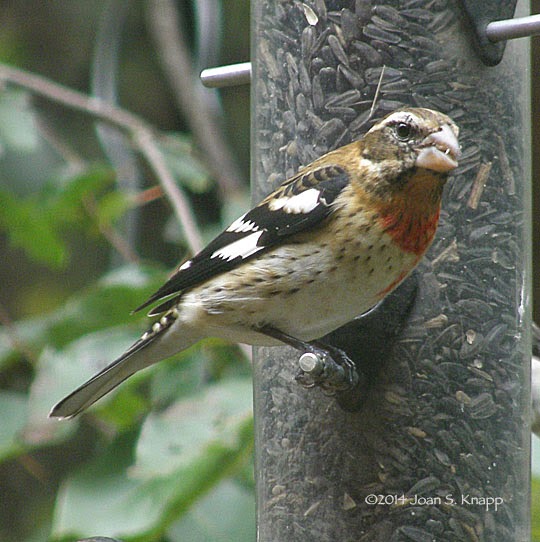 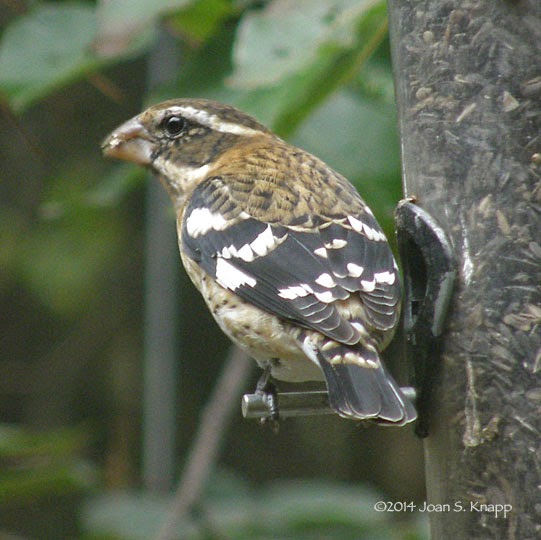 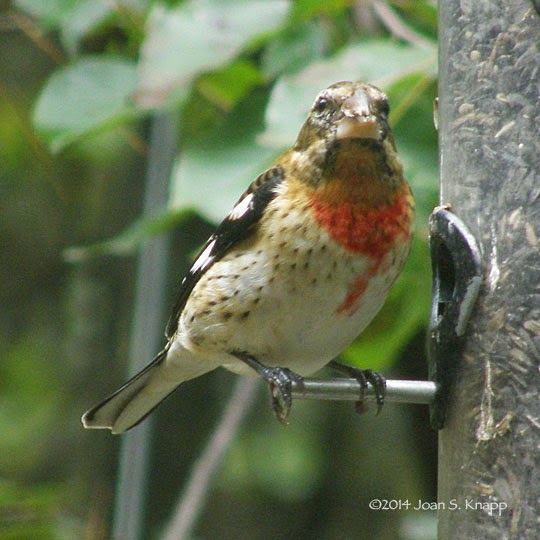 Then, on October 12th, we saw two young males, one at the sunflower feeder and… 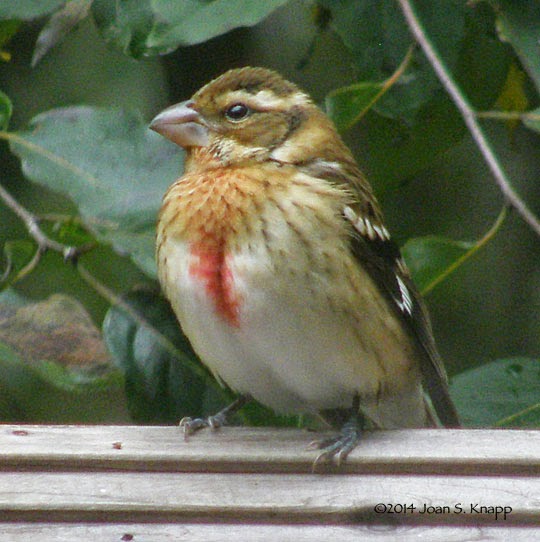 another at the platform feeder.


They stayed around for a couple of days and then were gone, migrating south to the Caribbean or Central/South America. It’s a little sad that they aren’t resident here but it was nice to see them on their way through.
Posted by JSK at 5:17 PM