March 10th.  The ‘last’ wildflower I was looking for at the Oconee Heritage Park (OHP) was the Round-lobed Hepatica (Hepatica nobilis var. obtusa).

Leaves of the Round-lobed Hepatica persist through winter. Thus, plants can be spotted, by their characteristic leaves, before they bloom in early spring.

Until visiting OHP, I had found plants in moist environments near creeks or seeps. In OHP, however, I’ve found plants growing high on hillsides and ridges. In each case, they were growing and at the base of a tree on its north side, whether on a north- or south-facing slope. I assume that these spots are shaded during the heat of the day, and retain moisture that supports growth of the plants. 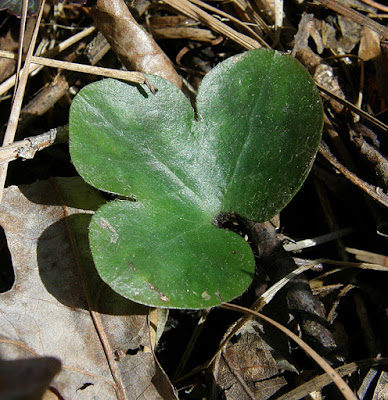 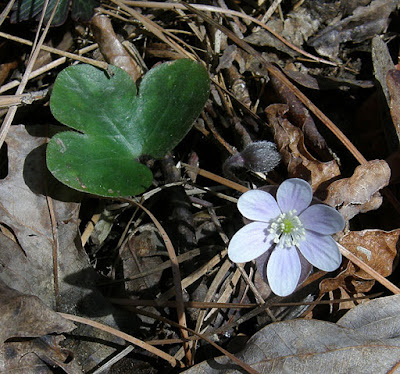 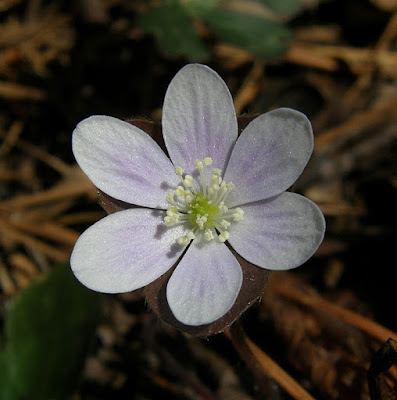 A flower. Flowers are usually a deep, intense purple when they first open, and gradually fade to white as they age.

I finally found the distribution for the Hepatica nobilis varieties. They are widely distributed in the eastern United States and Canada.