March 10th. After several encounters with fungi, I reached the section of trail in the Oconee Heritage Park where I had seen a few early spring wildflowers last year. I was a week or so earlier than last year, so I wasn’t sure if I would be too early but…

I was in luck. I found Bloodroot (Sanguiaria Canadensis) at two locations on the same short section of trail. The name ‘sanguinaria’ comes from the fact that the sap in the stem and roots of this plant is red, and has been used as a dye. 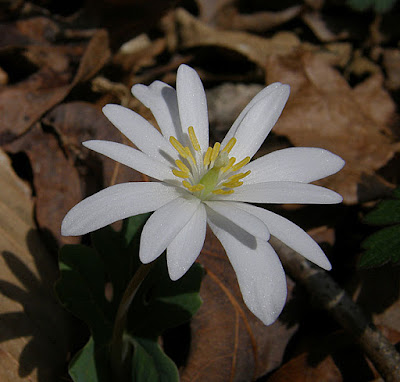 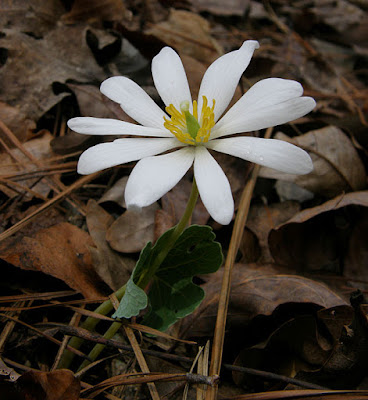 Several flowers were at their peak. 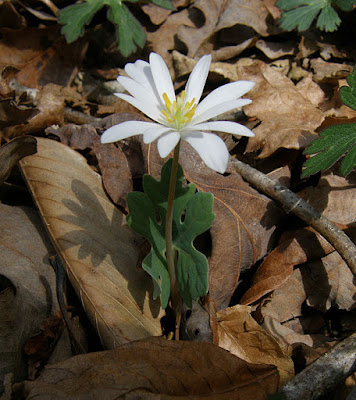 Each flower had its characteristic leaf folded around the base of the flower stem. 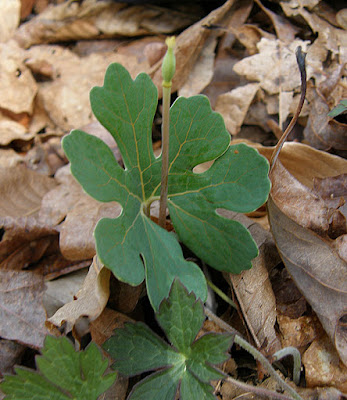 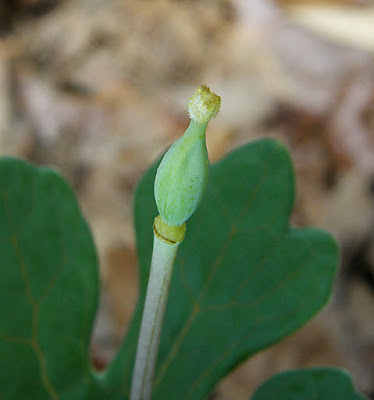 A few days later and I would have missed the flowers. Some had already dropped their petals and were starting to form seed capsules.

It’s always delightful to find these plants in the woods.