March 12th. (Continued from… ) When I visited Fort Yargo State Park in mid-February, there were few signs of Spring. The only plants that were the leaves of Cranefly Orchids (Tipularia discolor) that I found in many places. I made this visit to walk the beach but, when that didn’t work out, I decided to walk the trail again to see if there were any signs of Spring. 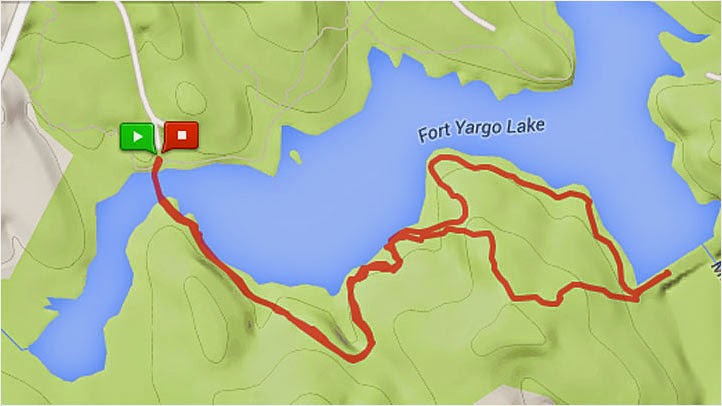 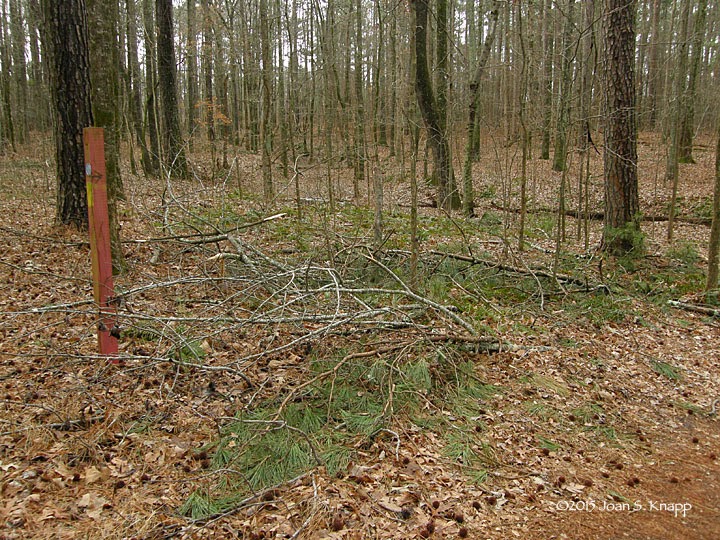 Branches from pine and deciduous trees lying beside the trail. I had thought that the park staff had trimmed branches but, it was when I saw these branches, that it occurred to me that they had been brought down by ice that accumulated on them during recent rains. 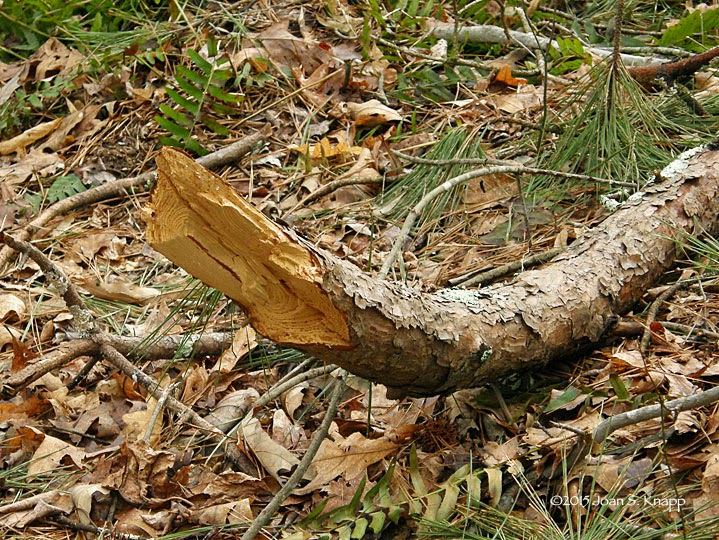 That’s when I thought to look at the end of the branches. It was clear that they had been torn off the tree and not sawed. I’m still getting used to the amount of damage caused by the recent accumulation of ice. 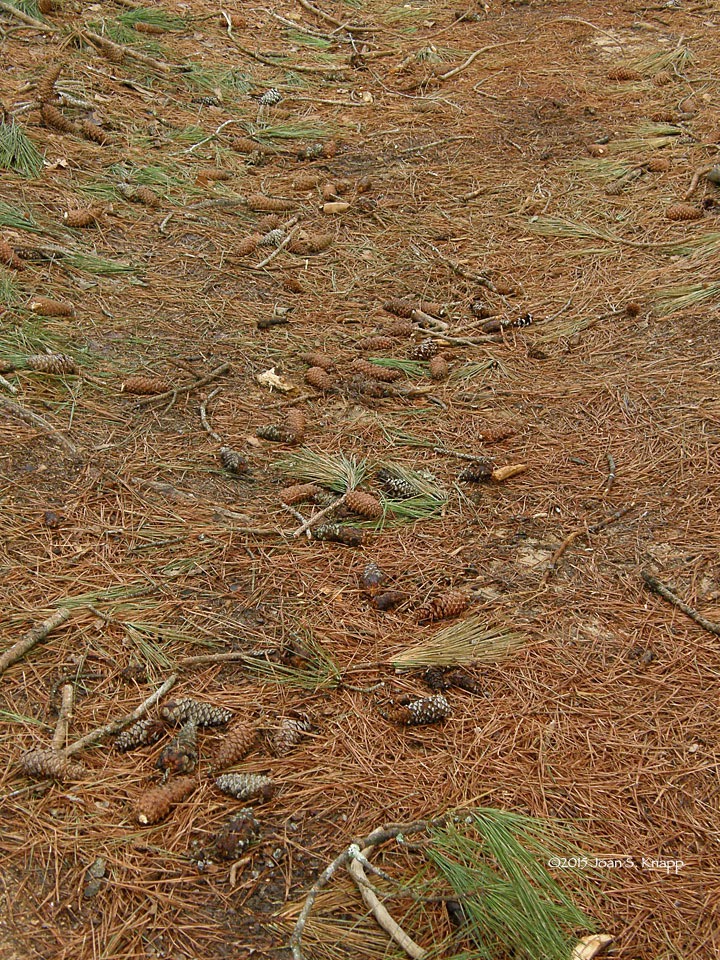 The trail a little further along was strewn with pine cones, also brought down by the weight of ice. 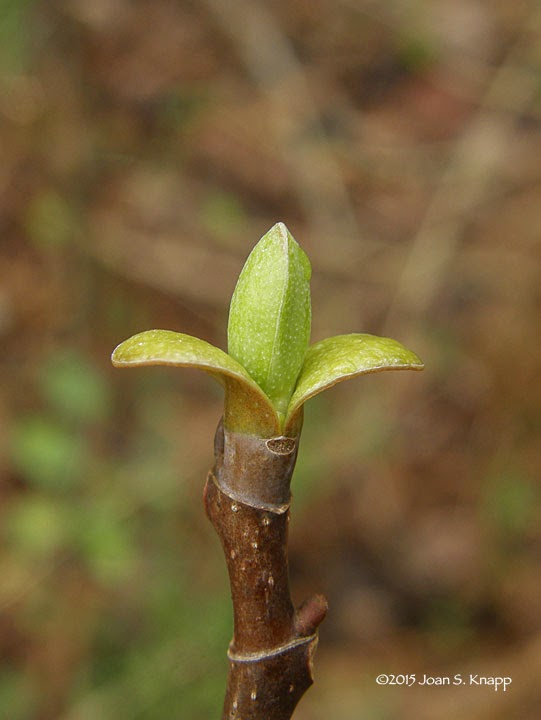 A sign of Spring. Leaf buds of the Tulip Poplar (Liriodendron tulipifera) had emerged since my last visit. 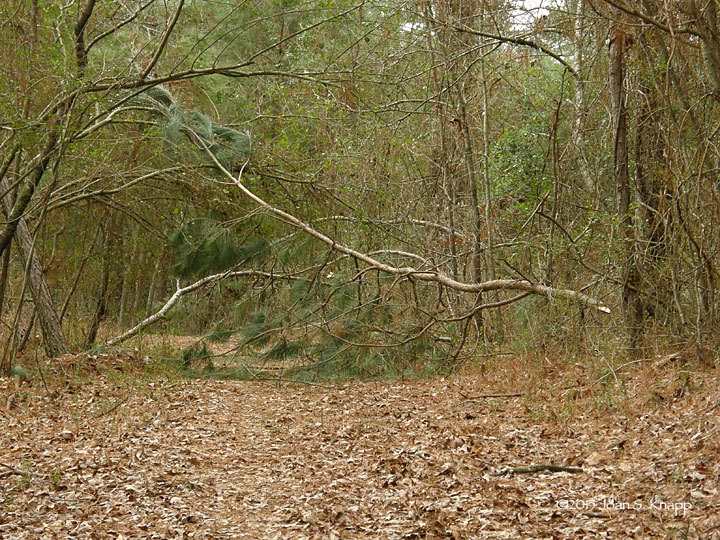 Another sign of the ice damage. These very long branches ‘blocked’ the trail. Since this trail is not on the official park map, the trail hadn’t been cleared. 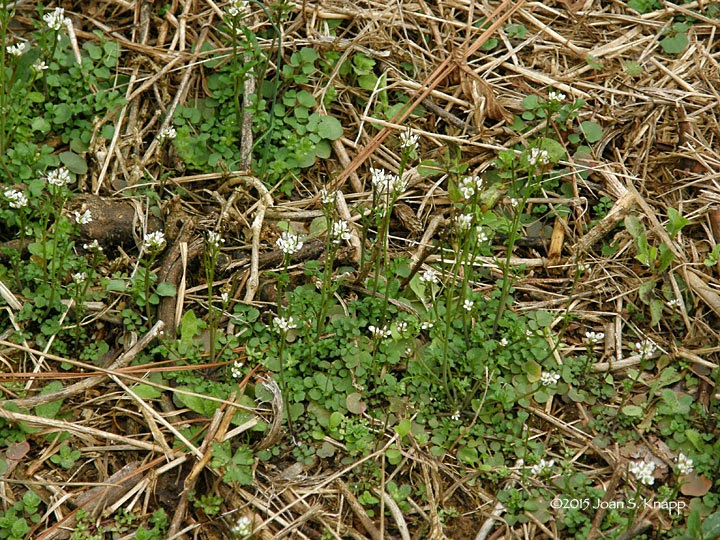 The only wildflowers in bloom. Hairy Bittercress (Cardamine hirsuta) plants were blooming in open areas along the outer trail down to the dam. 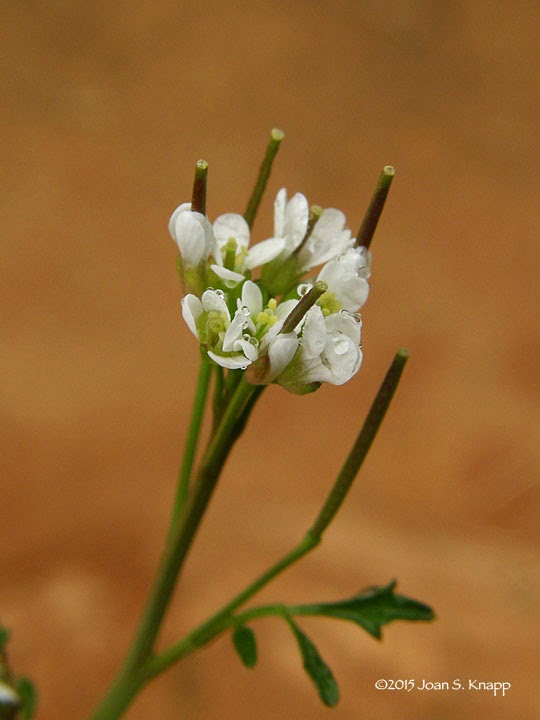 A close up of the blooms. 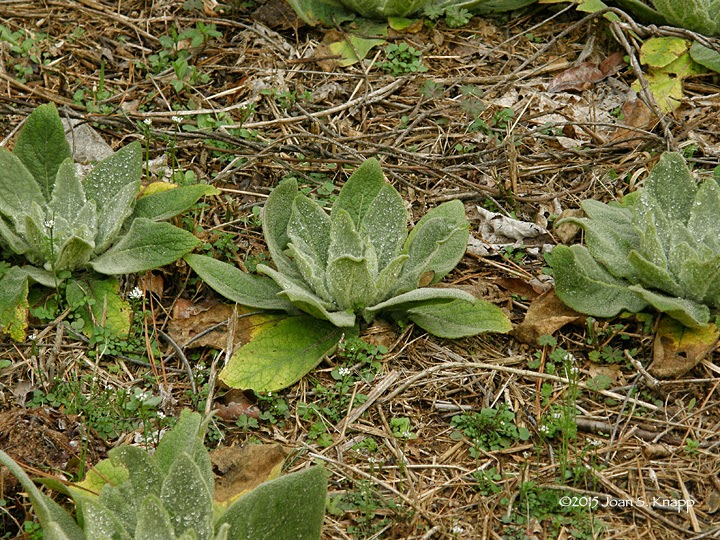 The Common Mullein (Verbascum thapsus) plants are looking decidedly more healthy that when I saw them on my previous visit. 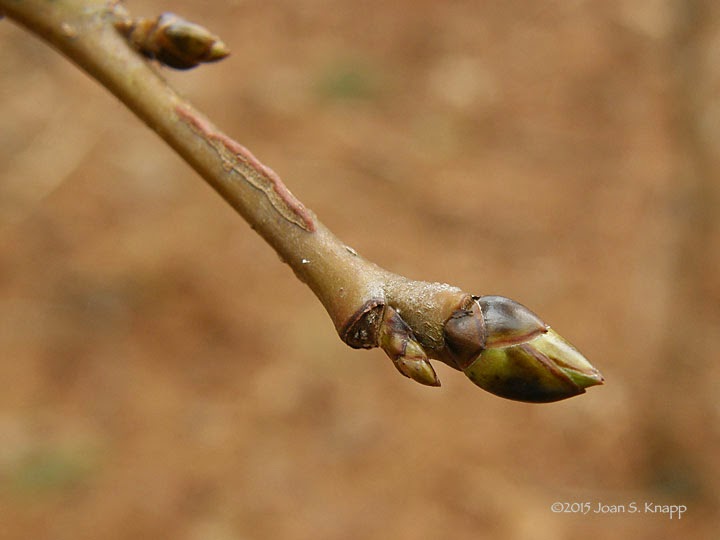 Leaf buds are developing on a Sweetgum (Liquidamber styraciflua) tree. 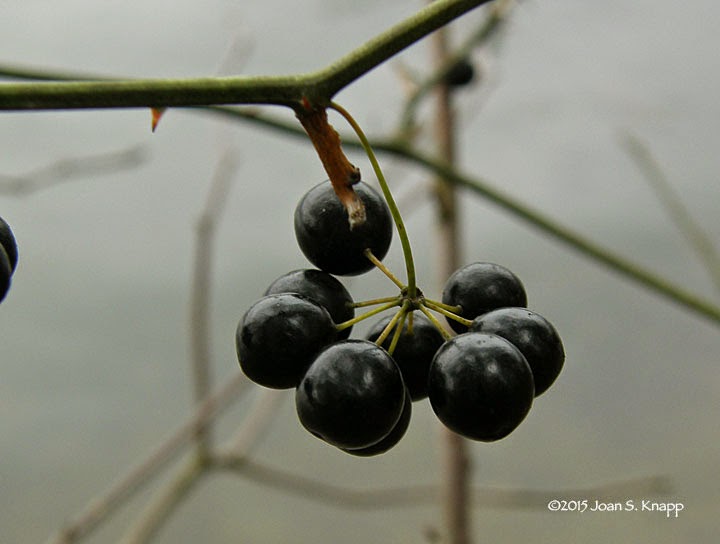 I made my way out to the shoreline and found these berries on a vine with thorns that was growing through a small shrub. I think these are berries of a Greenbriar (Smilax sp.) vine. 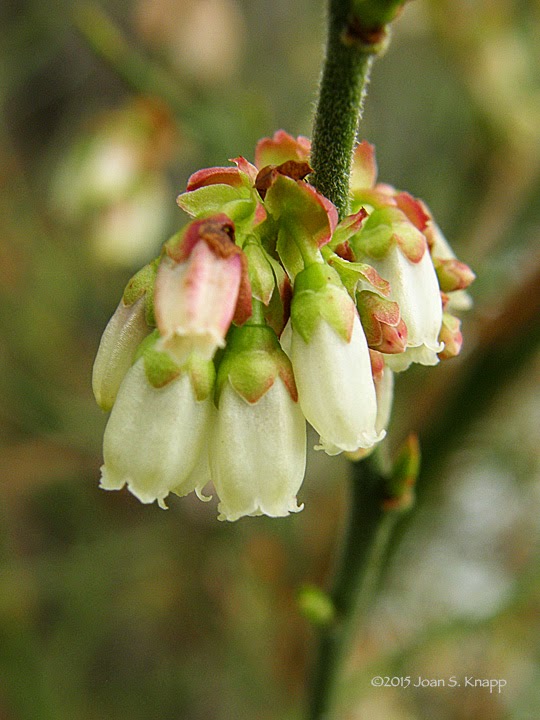 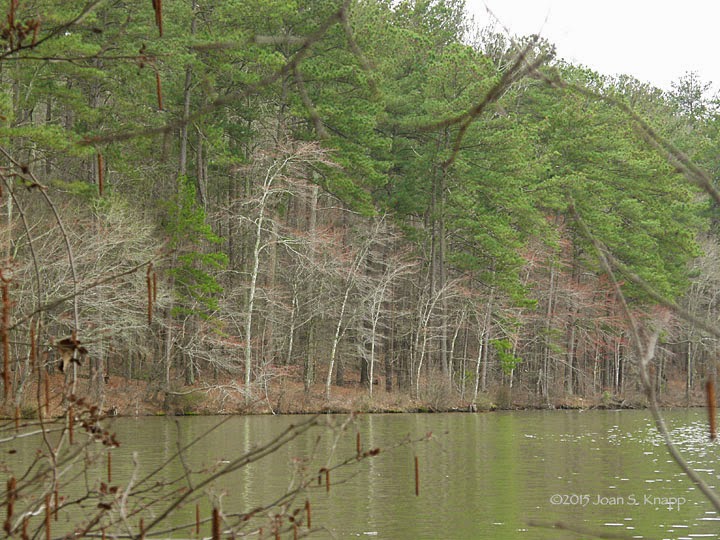 Looking along the shoreline, I could see a pink tinge on some of the deciduous trees; a sure sign of blooming Red Maple (Acer rubrum) trees. 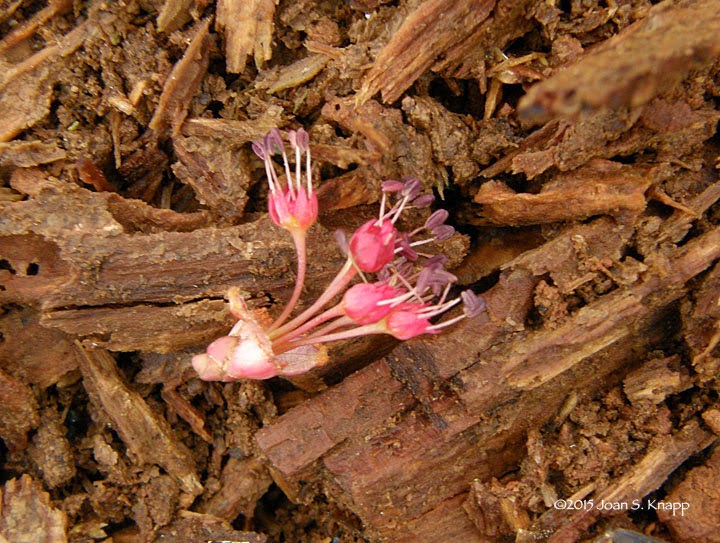 Red Maple flowers on the trail. 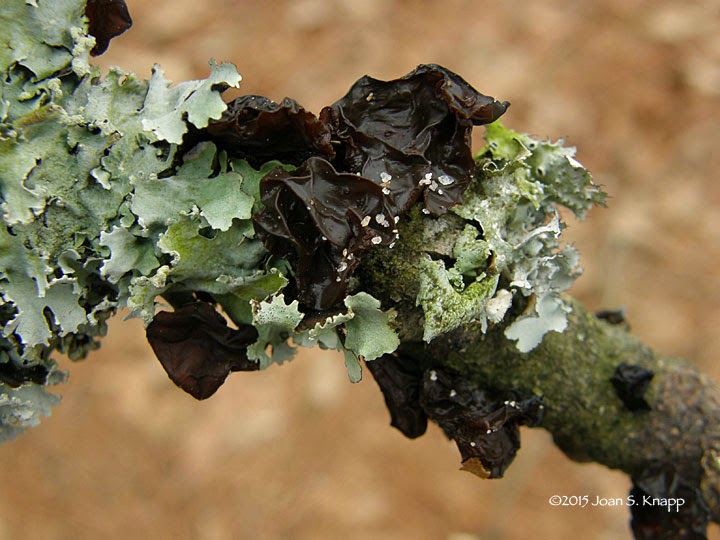 I found another nice specimen of the brown Jelly Ears near the end of my walk. This branch had fallen since I had passed this point when I set out.