September 15th, 2012. We drove over Patterson Gap Road from Betty’s Creek Road to Persimmon Road. Patterson Gap lies on the Tennessee Valley Divide in the Chattahoochee National Forest. The road is graveled and water erosion has produced some rough sections.

Our first find was Lobelia siphilitca (Great Blue Lobelia). Further up the road – at about 2,900 ft asl - we started to see gentians. We spotted Gentiana saponaria (Soapwort Gentian) and Gentiana quinquefolia (Stiff Gentian) further up the road. Near the top of the pass, we found a blazing star that we’ve tentatively identified as Liatris squarrulosa (Southern Blazing Star). 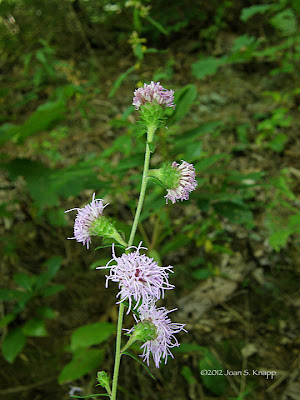 The top of the stem 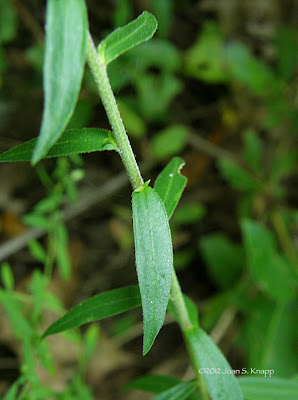 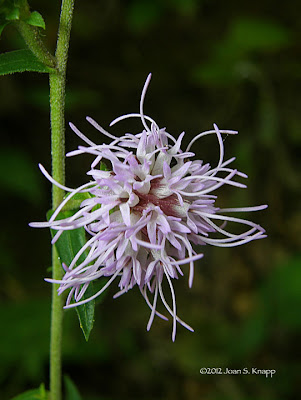 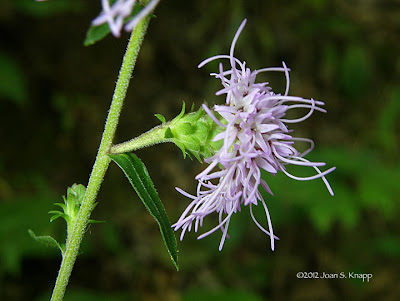 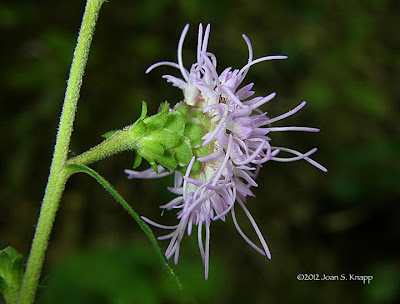 Close-up views of the flowers from different angles.

Liatris squarrulosa (Appalachian Blazing Star, Southern Blazing Star, Earl’s Blazing Star) is native to the UnitedStates where it’s found in from Ohio to Illinois southwest to Texas and southeast in Virginia to Florida. In Georgia, it’s only been documented only in a few counties, in the Piedmont.
Click on an image to view a larger image