September 7th, 2012. After we stopped at the Scull Shoals Experimental Forest, we went on down to Hancock County. We spotted a Giant Swallowtail feeding on wildflowers – one of the eupatorium species – on an embankment above the road. I’ve seen a couple of Giant Swallowtails fly past our house but not stop so that I could get photographs. So I was excited when I saw this one. Unfortunately this butterfly was not over-cooperative and kept a distance from us. But, we managed to get a few photographs. And we know one place to look next year. 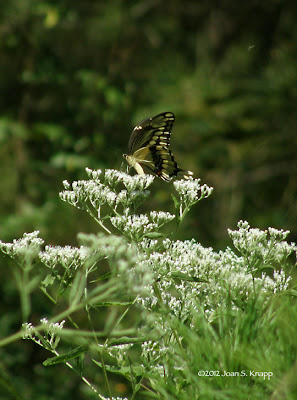 Where it spent most of the time we were watching. It was way too large to settle on the flowers so it had to flutter its wings continuously to stay in place 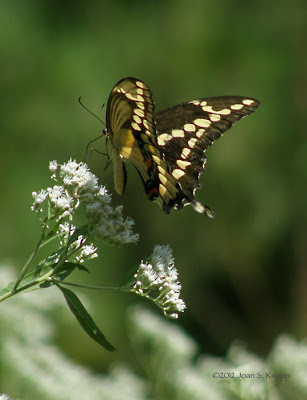 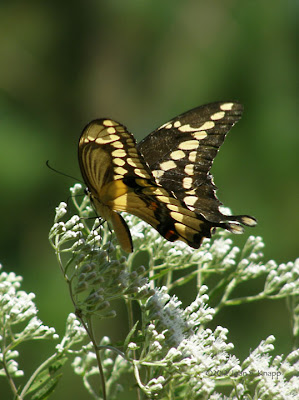 Closer views that show both the dorsal and ventral wing patterns.

The Giant Swallowtail (Papilio cresphontes) is the largest of the swallowtails. It’s resident in Georgia although there are documented sightings from only a few counties. It may be seen between early April and late October.
Click on an image to view a closer image