From Currahee Mountain, we drove to Clayton. Along the road, we were treated to a wonderful display of Smallfruit Beggarticks (Bidens mitis). It was late afternoon but we had to stop and take some photographs. I was busy taking photographs when I realized that there were a lot of small beetles on the flowers. They blended fairly well with their surroundings, especially if they were on the flower centers. 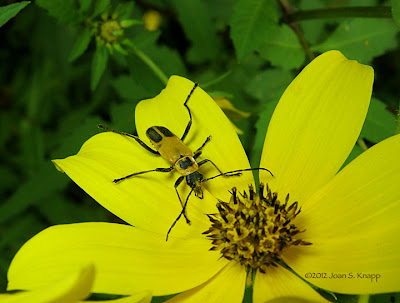 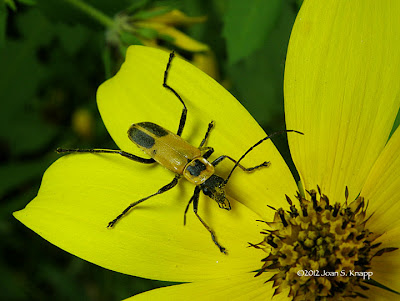 Then I noticed that there were a number of pairs mating. They’d move away if I disturbed them but, otherwise, the female seemed only interested in feeding on the pollen. 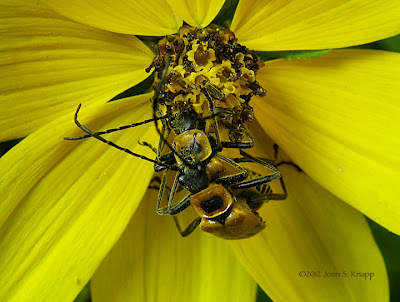 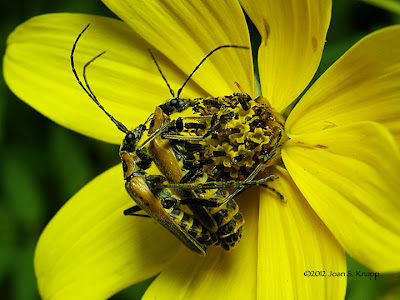 Although only the female seemed to be feeding, the male must have gotten some pollen somewhere along the line. It’s visible on his mouth parts in the following photos. 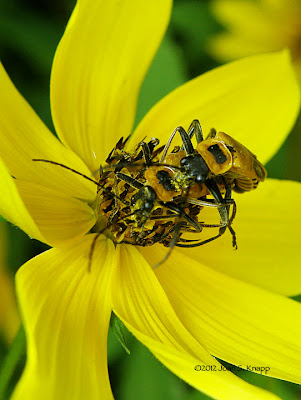 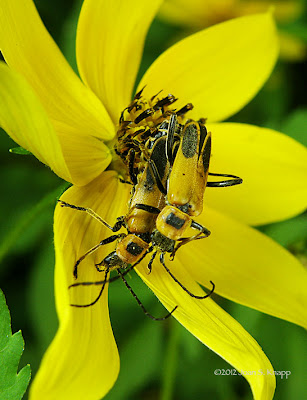 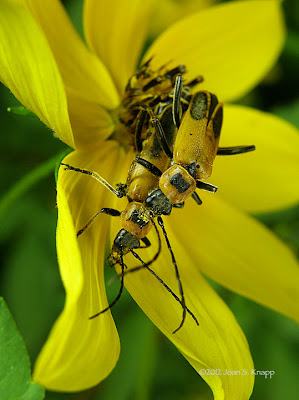 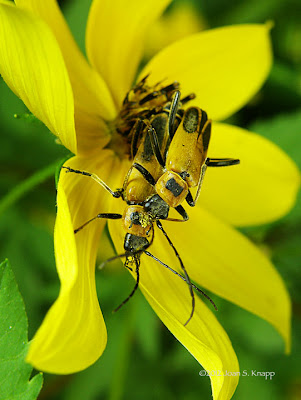 The Goldenrod Soldier Beetle (Chauliognathus pensylvanicus) is native to and widely distributed in North America. These beetles are parasitized by a fungus, Eryniopsis lampyridum, that will kill them. All of the beetles on these bushes appeared to be healthy

Note: The specific name ‘pensylvanica’ is not mis-spelled. Apparently this was a common spelling of Pennsylvania at the time this beetle was described
Click on an image to view a larger image