Wilson Shoals: WMA: On A Gray And Rainy Afternoon

September 8th, 2012. A cold front was passing through and it was gray and rainy but… We drove north with the idea that we’d emerge behind the front and get some sunshine. We found ourselves at the Wilson Shoals Wildlife Management Area that we’d visited in July. 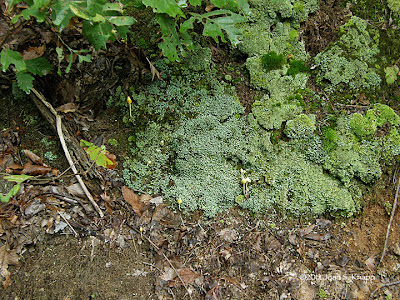 Unidentifed mushroom. These very small mushrooms, barely two to three inches tall, were growing in a patch of moss and lichen on an almost vertical embankment beside Hunt Camp Road. 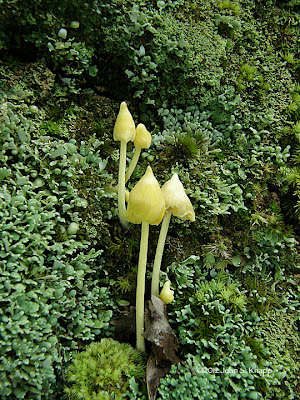 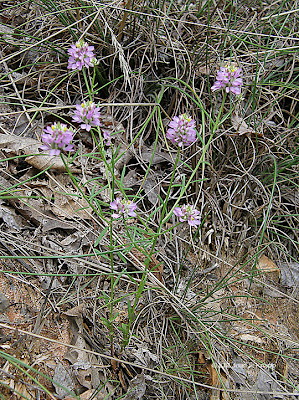 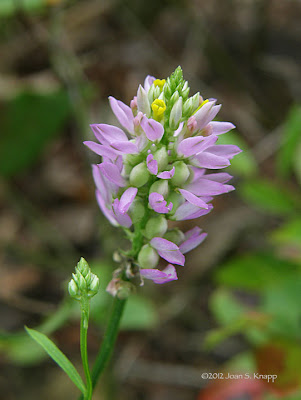 A closer view of this milkwort flower. 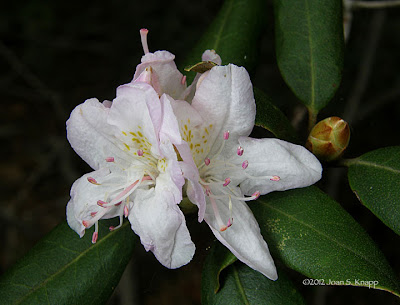 Although not formally documented as occurring Georgia, this looks remarkably like Rhododendron carolinianum (Carolina Azalea). Some bushes had just a few blooms. 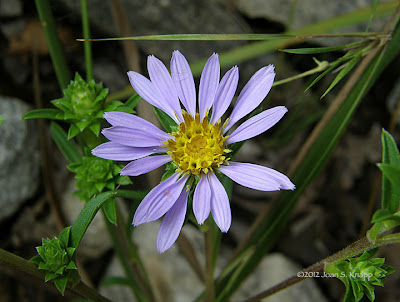 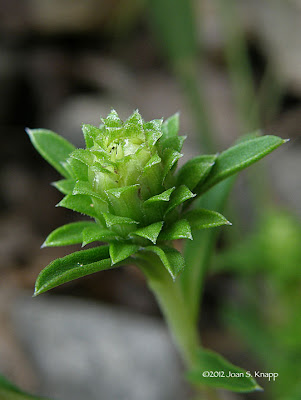 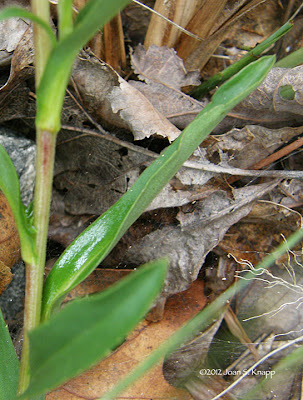 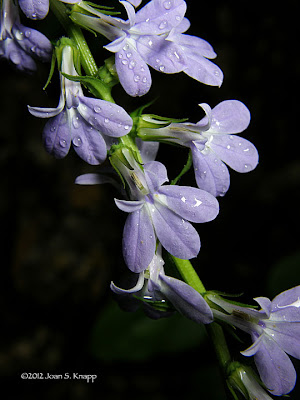 Hunt Camp Road drops down into valley with a small creek. The area along the creek is quite moist and we made some interesting finds. 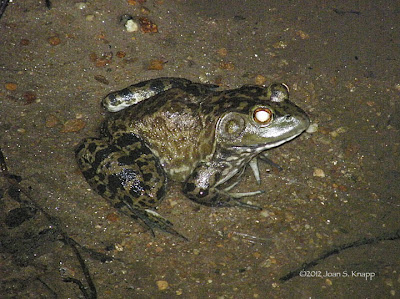 Lithobates - formerly Rana - catesbeiana (Bullfrog). When we got out of the truck, we heard a splash. Not expecting to see anything we were surprised to see a bullfrog sitting in the water. 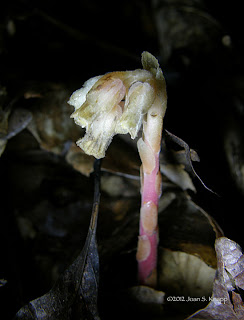 Monotropa hypopithys (Pinesap). There were a few pinesap plants along the embankment above the creek. They weren’t, however, as impressive as the plants we photographed at Dockery Lake. 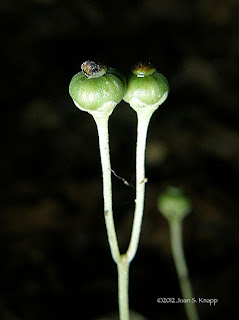 Seed pods of Chimaphila maculata (Pipsissewa) that had bloomed earlier. 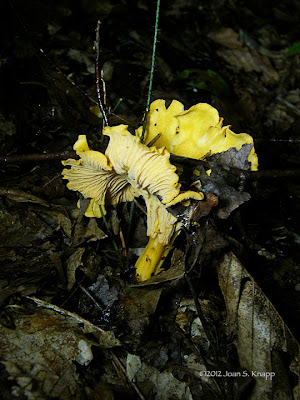 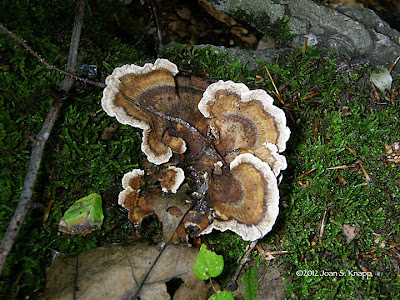 A small, leathery bracket fungus growing on an exposed tree root above the creek. 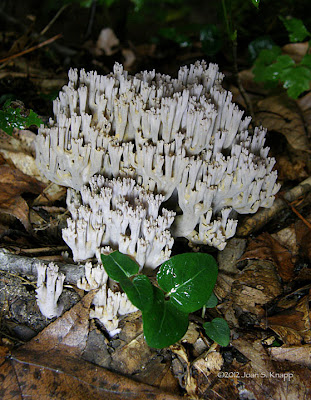 A coral fungus, probably Ramaria botrytis.
Click on an image to view a larger image