Currahee Mountain
Currahee Mountain, the highest mountain in Stephens County at 1,735 feet above sea level, rises steeply approximately 800 vertical feet (240 m) above the surrounding area and allows a view for many miles around on a clear day. The mountain lies to the southeast of Georgia's Blue Ridge Mountain crest and is part of the Georgia Piedmont or "foothill" province. It’s a popular place for rock climbers.

The road wound up a relatively gentle incline until it started up the ridge to the summit of the mountain itself. As we rounded a fairly steep bend in the road, I spotted several different wildflowers growing on the top of an gravel embankment. The embankment was too high and steep to climb but several of the flowers were hanging down. 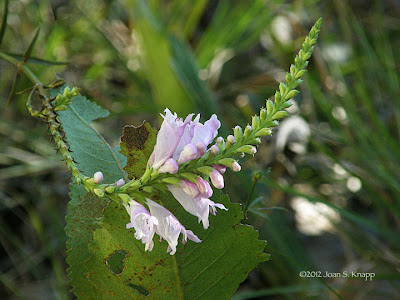 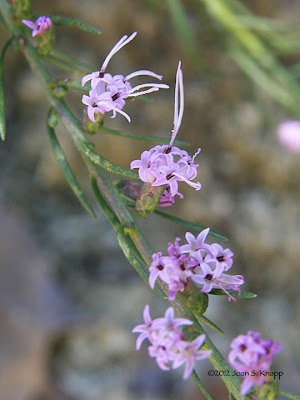 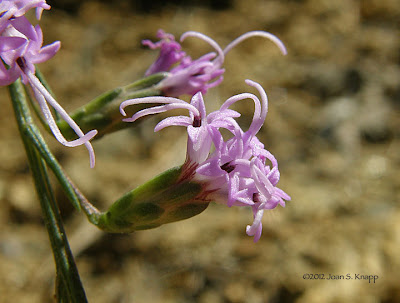 Boltonia species (White Doll's Daisy)?
This is my best guess but I could be far off. Any assistance in identifying this flower would be appreciated. 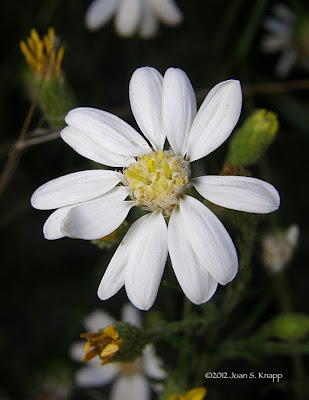 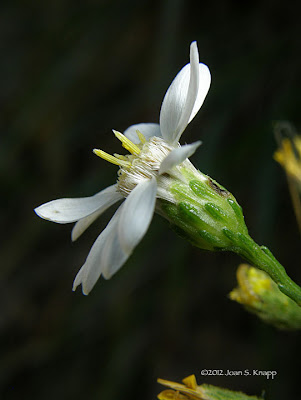 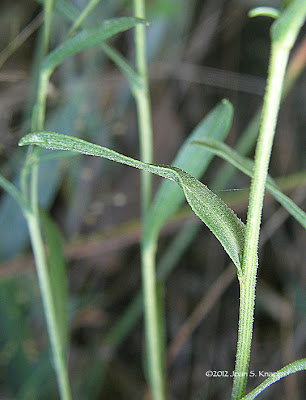 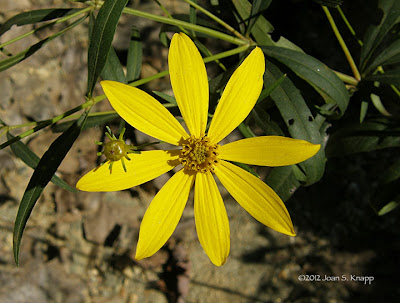 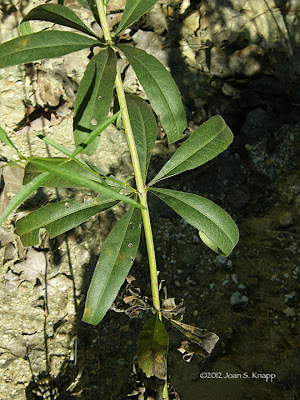 Further along the ridge, we found… 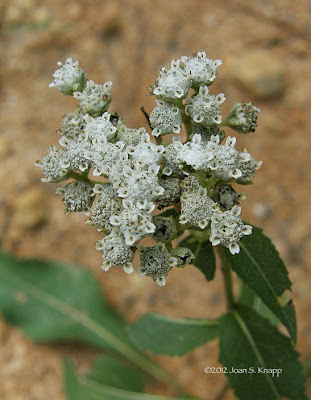 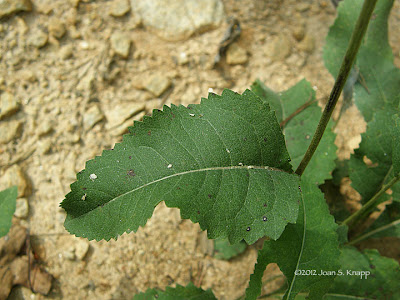 Pityopsis graminifolia (Narrowleaf Silkgrass) is differentiated easily from Pityopsis aspera (Pineland or Carolina Silkgrass) by the grass-like leaves at the base of the plant. 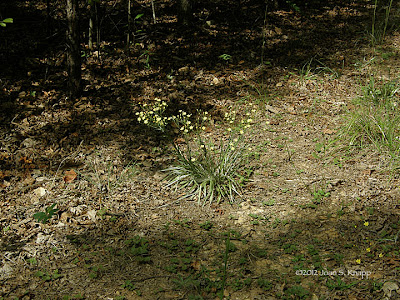 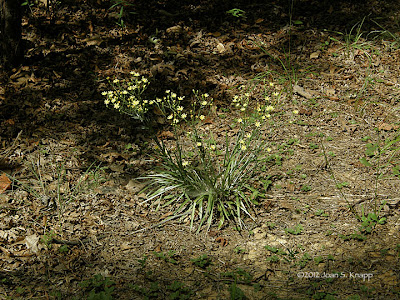 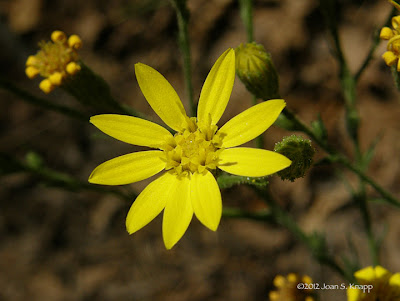 Next: Currahee Mountain - at the summit
Click on an image to view a larger image