September 15th, 2012. We stopped by the spot on the highway through Black Rock Mountain State Park in Rabun County, Georgia, where we had found Parnassia asarifolia, the Kidney-leaved Grass of Parnassus, last year. We found them growing in a shaded seep/ditch on North Germany Mountain Road.

Last year, the road side mowers had left a swath of vegetation beside the seep that made it easy to sit and photograph the flowers. Unfortunately, this year the mowers had cut much closer to the edge of the ditch. The plants were blooming in the ditch itself. 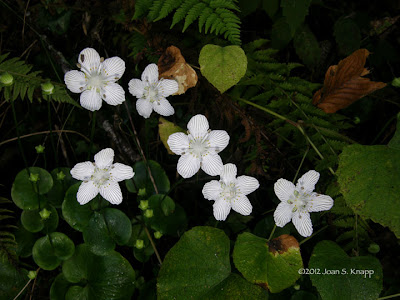 A few of the flowers. The light green spots below the open blooms are buds 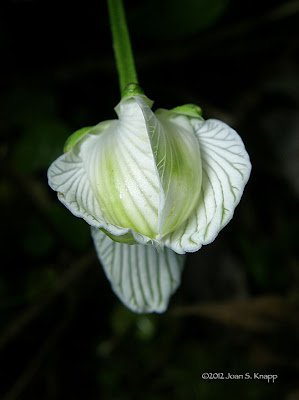 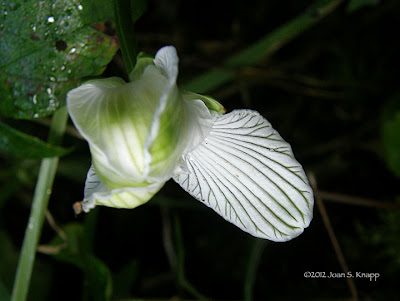 One of the buds beginning to open

The stamens of these flowers don’t develop at the same time. When the flower opens, the stamen are immature and lying against the ovary. In these photos, only one or two stamen have matured and opened away from the ovary; others are still aligned against the ovary with the immature anthers visible as a cream or light brown ovoid disks in the center of the flower. The circle of golden yellow spots are parts of sterile stamen-like organs (staminoids) that are thought to attract insects to the flower. There are five stamenoids; each has three ‘branches’ topped by the yellow structure. 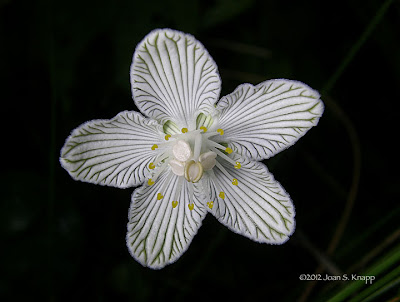 A recently opened flower. The stamen are still immature and cream; one anther is starting to darken and will soon open out away from the center to release pollen 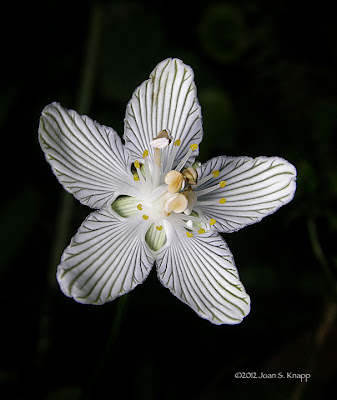 One of the anthers has matured and opened away from the center of the flower. Another anther is maturing and is just a little distance from the center. The remaining anthers are still immature (cream) or are starting to mature (light brown) 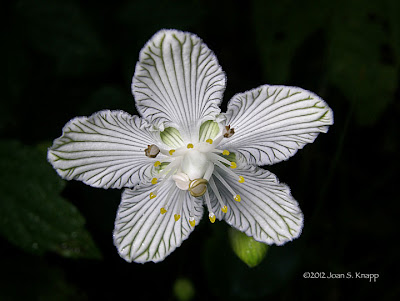 Two anthers have matured and opened away from the center. One anther is maturing, ready to open out, and two anthers are still immature (cream)

See an extensive set of photographs of these flowers here