March 2nd. It’s the time of year when there seem to be more rainy days than not. I wanted to fit something in to a ‘dry’ day and decided to check out Hard Labor Creek State Park. I’ve driven through the park many times and rowed Lake Rutledge on several occasions but I’ve never hiked in the park.

I wanted something different from the short nature trails in the center of the park so I decided to hike one of the equestrian trails. I had a copy of the Gerogia State Parks Hard Labor Creek State Park Trail Map and my handheld GPS to trace my trail. 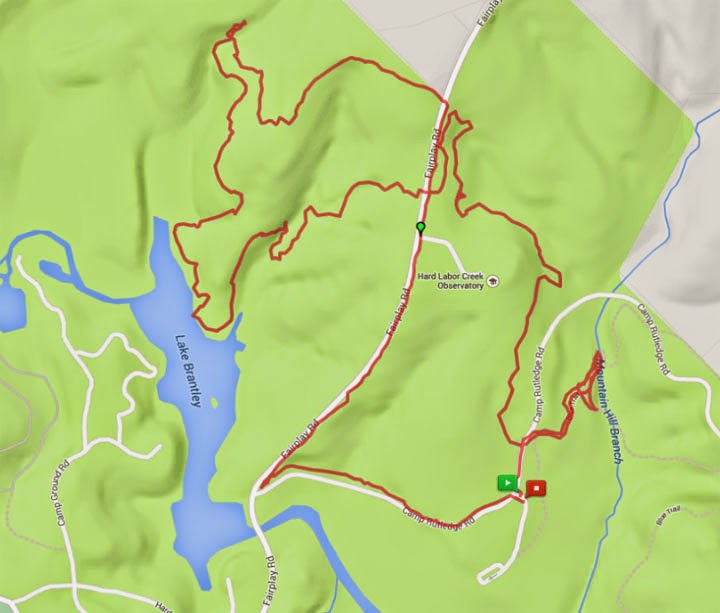 The route I took. This includes the first section, and return, along the Lake Rutledge Trail as well as my track along the Lake Brantley trail that begins when I crossed the Camp Rutledge Road.

I started out on the Lake Rutledge Trail to the east. The trail – designated the Blue Trail – is a 14 miles loop trail with shorter options that allow 4.4-, 7.2, or 8.8 miles. I thought I would do the 4.4-mile option for my first hike. (It’s worth noting that the Blue Trail is marked on Google Maps although some of the cross trails that form the shorter loops are not).

I found some nice Witch’s Butter (Tremetes mesenterica) on a branch lying on the trail. 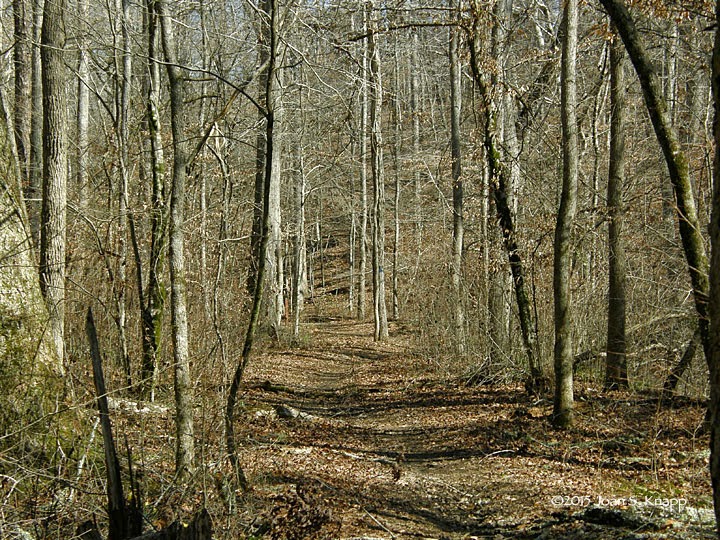 The trail is quite pretty and descended to a floodplain. 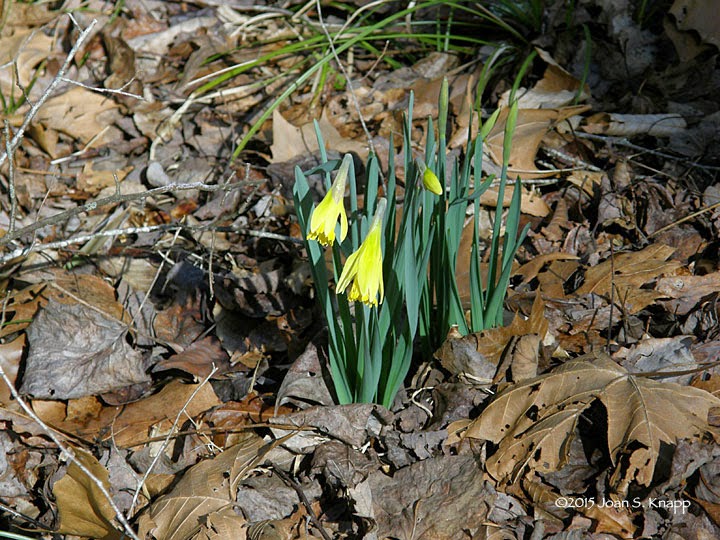 It seems that daffodils have been planted in any place that man has ventured and this was no exception. 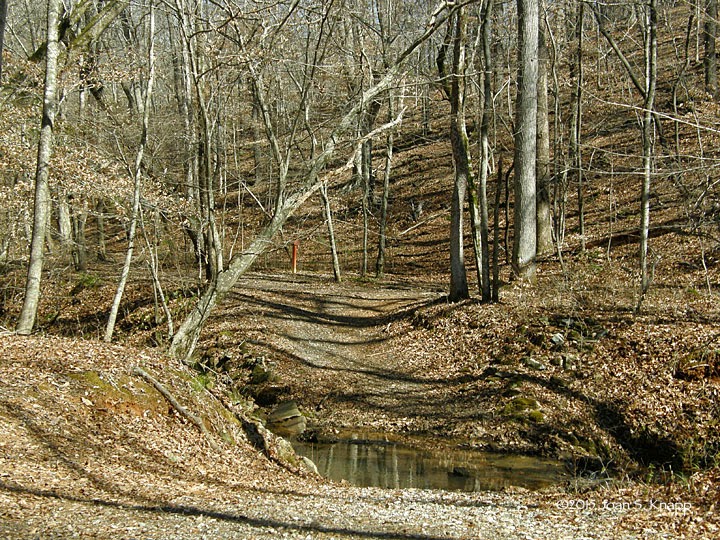 Then I came to the first creek, Mountain Hill Branch. Water fords weren't exactly what I bargained for but, since it is an equestrian trail, not surprising when I thought about it. 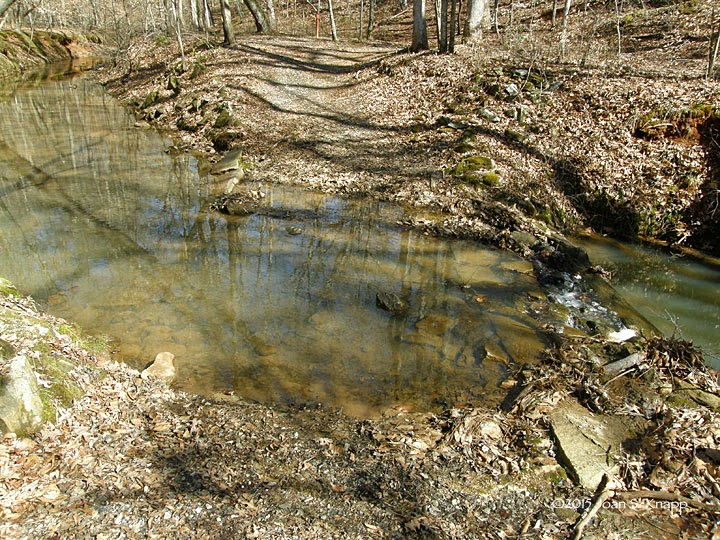 I walked down to the creek. The water level is higher than it would be in the summer due to recent rain. There were a line of level concrete blocks ‘lining’ each side of the crossing and the water wasn’t too deep on the blocks on the downstream side. I had a snake hook, which doubles as a walking stick, with me but figured that if I slipped I could either fall into the water or get my boots soaked. Either way, that would end my hiking for the day, so I turned back. I’ll have to wait until it’s a little drier to attempt to hike this trail again.

I decided that, rather than wasting my trip, I would hike up the Lake Brantley trail to Fairplay Road and decide at that point whether to explore the trail to the west of the road which would allow a 4.4- or 8.8- mile loop. (I was pretty sure I would only be hiking the 4.4-mile loop.) 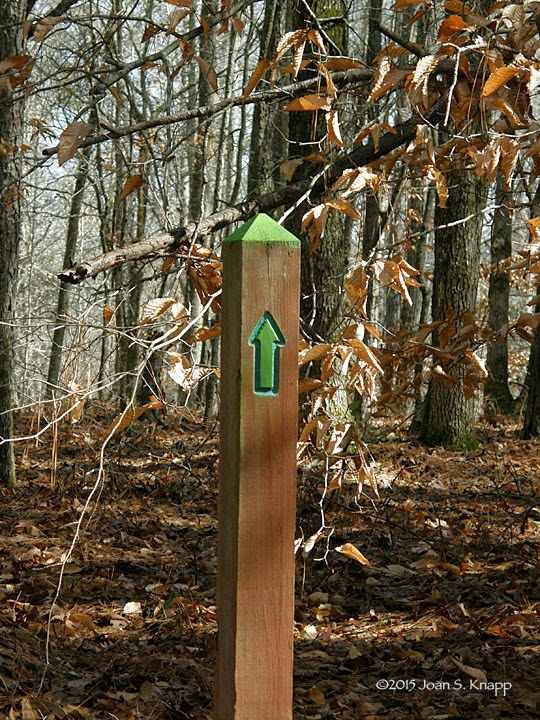 Although the Lake Brantley Trail is listed as a ‘Blue’ trail on the park map, the signs were green. These were placed as fairly regular intervals along the trail to the east of Fairplay Road. Initially the trail climbs quite steeply until it reaches the contour that it follows, with some climbs and descents along the way. (It's worth noting that this trail is not marked on Google Maps) 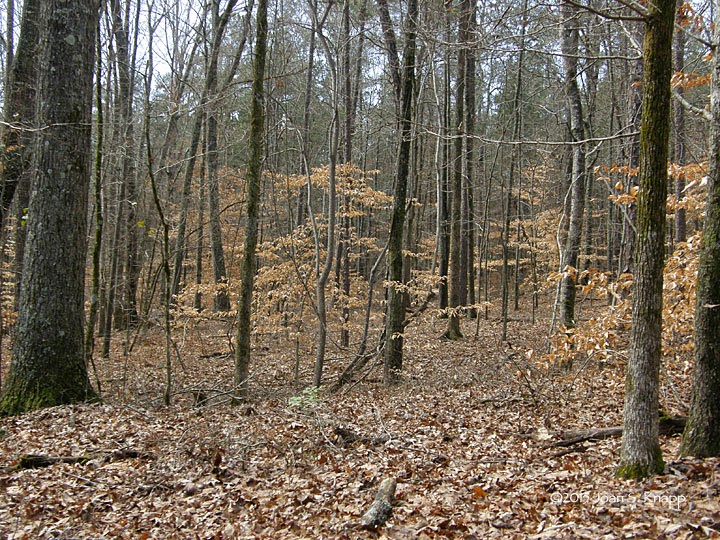 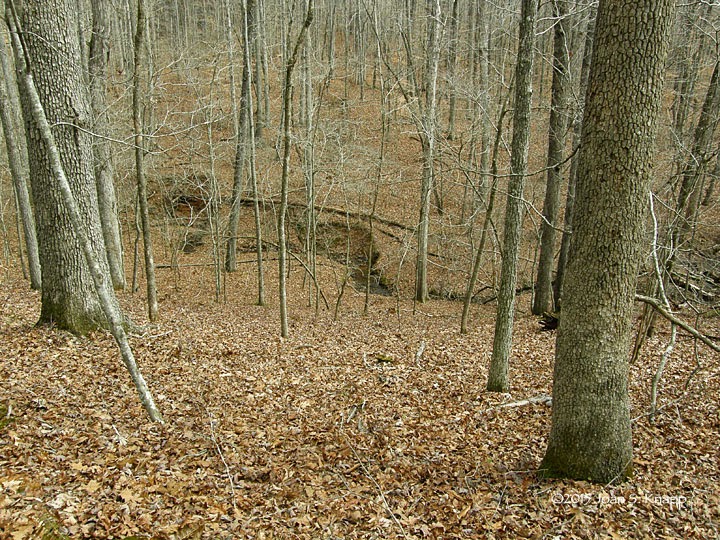 Looking down into the gully. The slope to the small creek is quite steep. 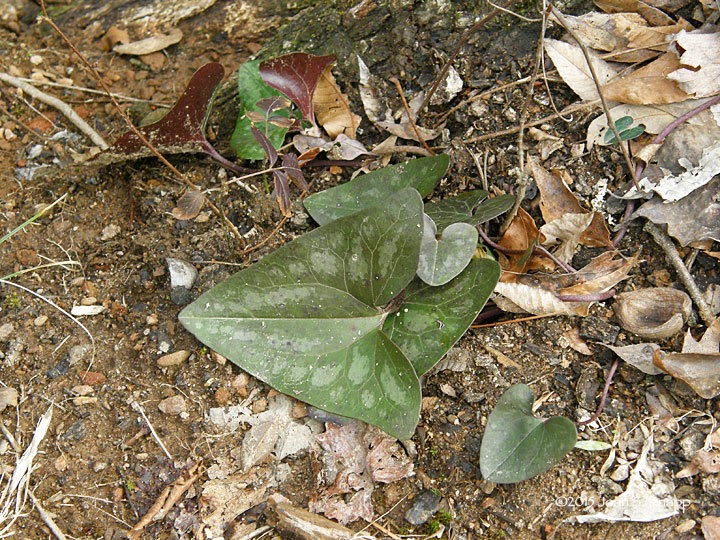 I found leaves of this wild ginger at several points along this section of trail. I’m not sure which species this is. The ‘sharp-angled’ leaves look different from the Little Brown Jug (Hexastylis arifolia) I’m used to seeing at Fort Yargo State Park. 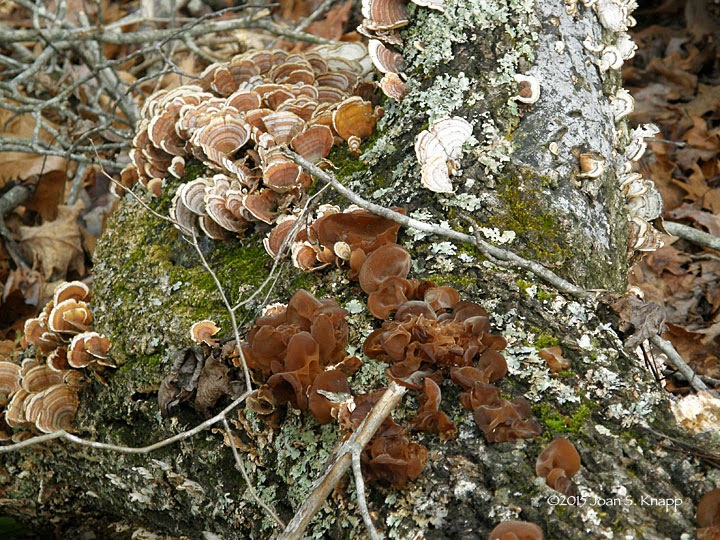 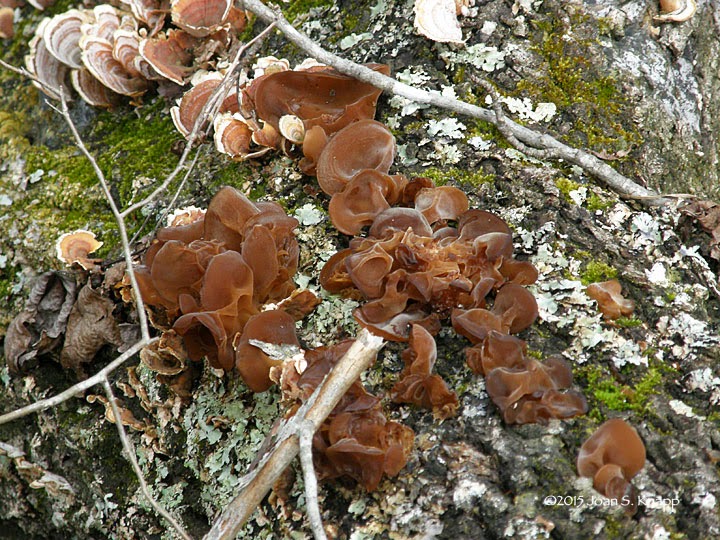 I believe these are Jelly Ear (Auricularia auricula). I thing I’ve only seen these once before in Elbert County. These are superb specimens. 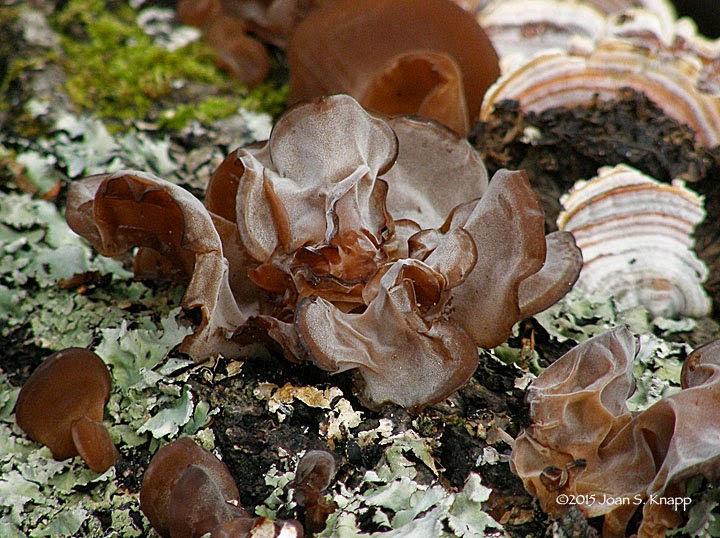 Some formed a pretty rosette. I wish I could have gotten closer but I feared I wouldn’t be able to get back up onto the trail even if I didn’t end up sliding down into the gully on the loose leaves. 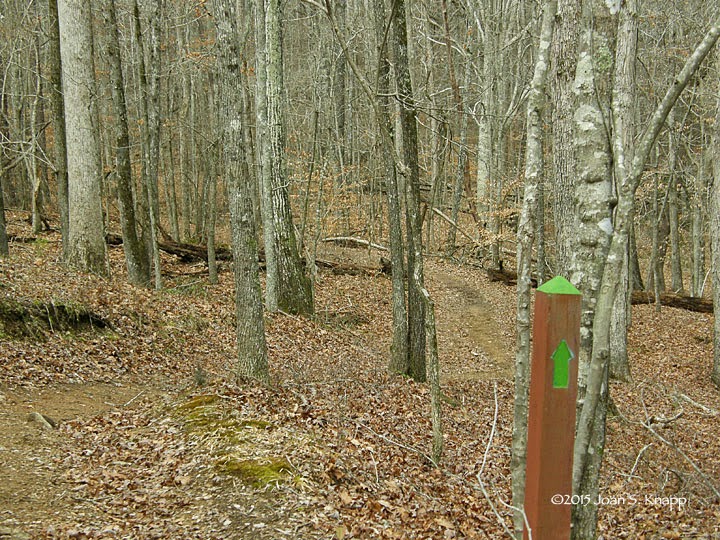 I was reassured by the trail markers that I was still on the right path. 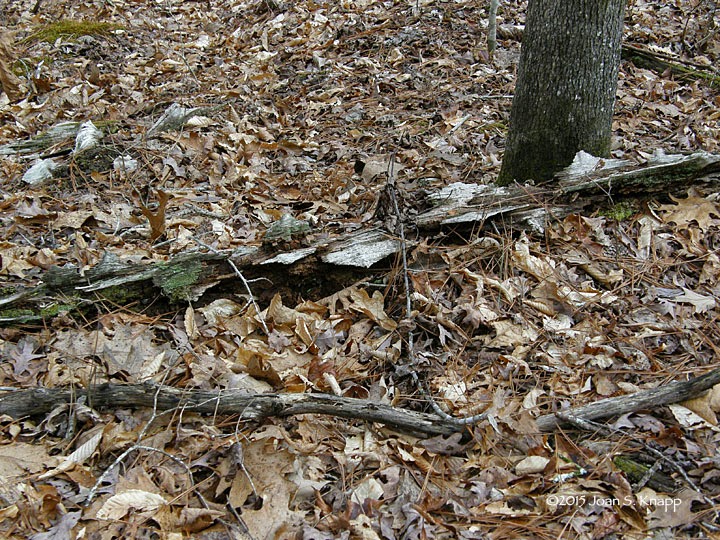 The skeleton of an Eastern Red Cedar (Juniperus virginiana) with its characteristic shark-like ‘fins.’ There weren’t many cedars in these woods. 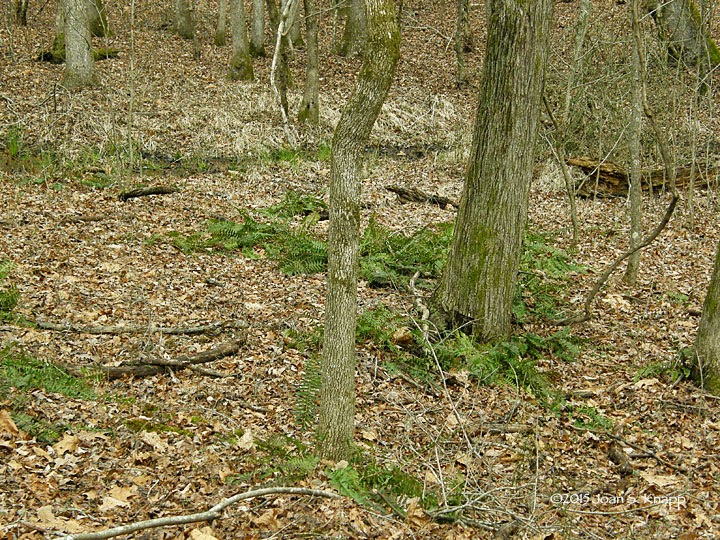 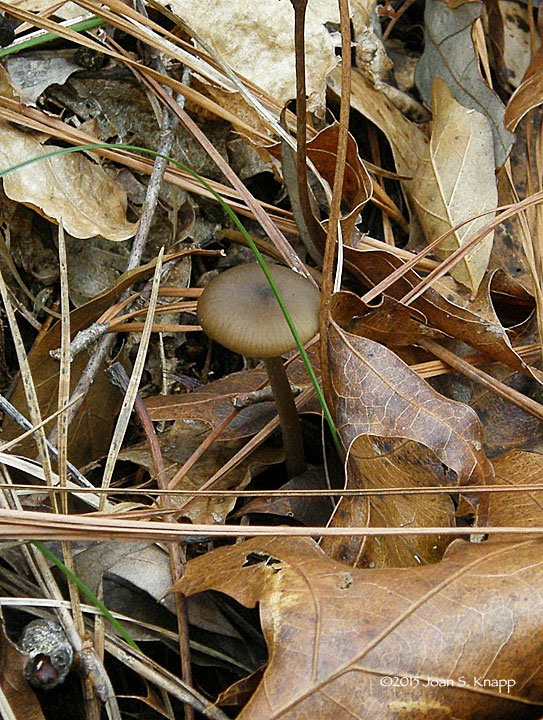 A small mushroom ‘hiding’ among the fallen leaves. I wouldn’t have seen it if I hadn’t had to sit on a log to change the batteries in my camera. 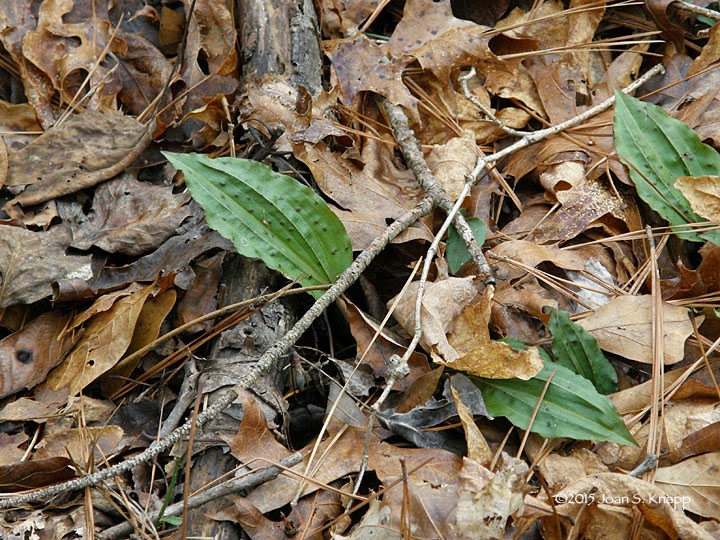 Leaves of Cranefly Orchid (Tipularia discolor) were scattered along the trail. 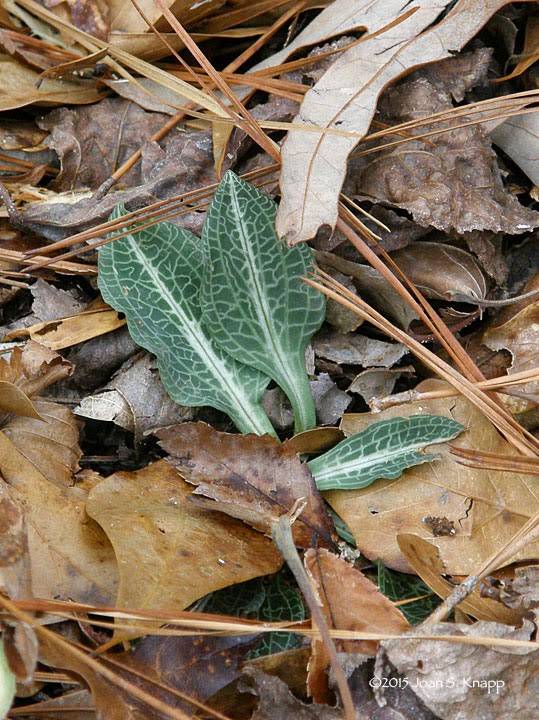 I saw only one Downy Rattlesnake Plantain (Goodyera pubescens) by the trail. 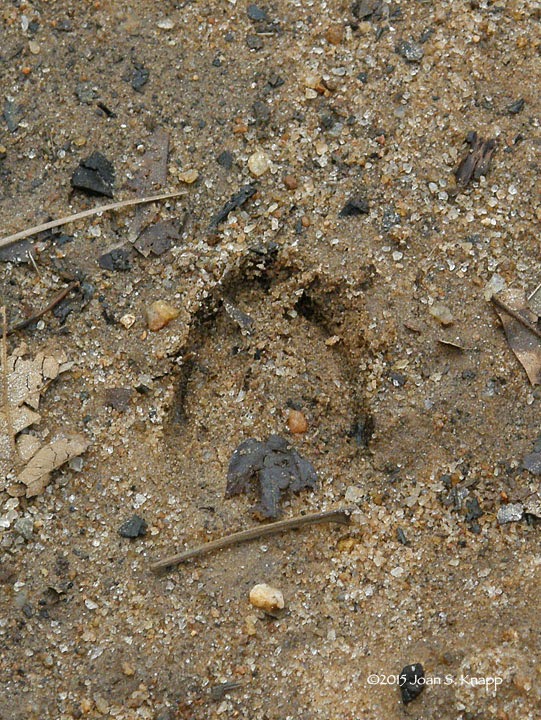 I wasn’t alone in the woods. A White-tailed Deer (Odocoileus virginianus) fawn had passed along this trail since the last rain the previous day. 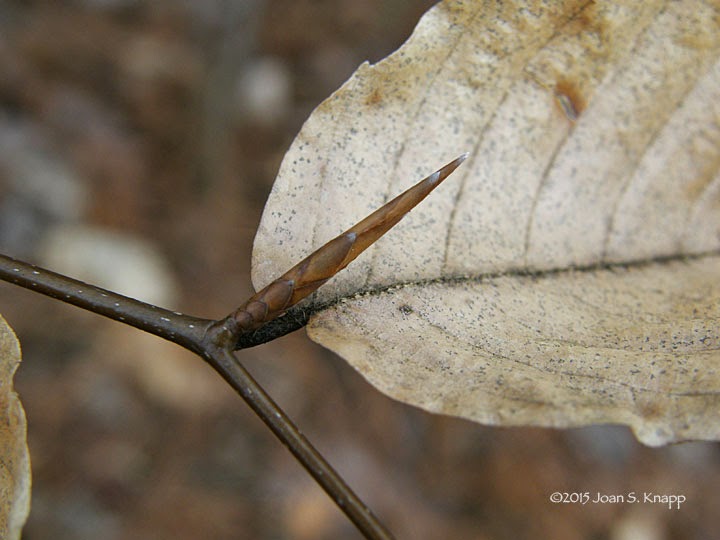 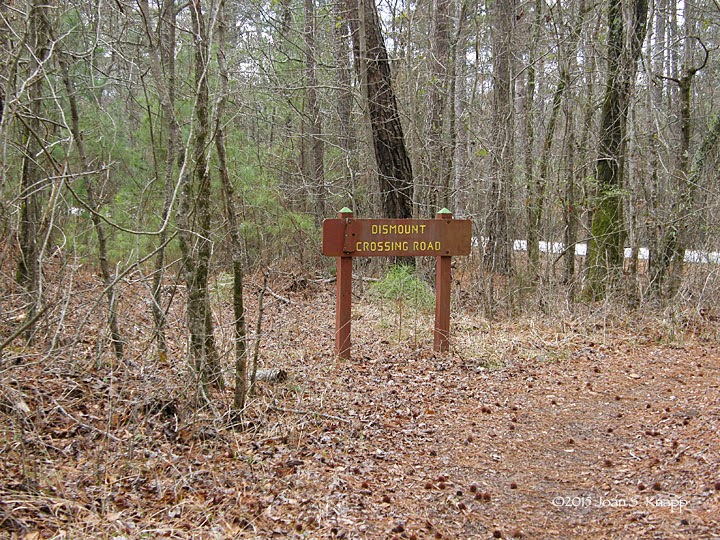 I could see Fairplay Road beside me but this was the sure sign that I had reached the road crossing.

I decided to cross and hike at least the ‘short’ loop of the Lake Brantley Trail west of Fairplay Road.
Posted by JSK at 12:05 AM

Witches butter and Jelly ear - they are very cool looking. While we are still in the 'wet' season, I'll have to look out for them!

I hope you manage to find some. I did find some more brown jelly fungus which might have been smaller jelly ears at Fort Yargo State Park a few days ago.