February 27th. We usually make two to three trips to the Piedmont National Wildlife Refuge each year. Originally we went to look for Red-cockaded Woodpeckers (Leuconotopicus borealis) and, although we’ve never managed to sight one yet, the refuge is scenic and home to a number of wildflowers which reward us for the effort of making the trips. 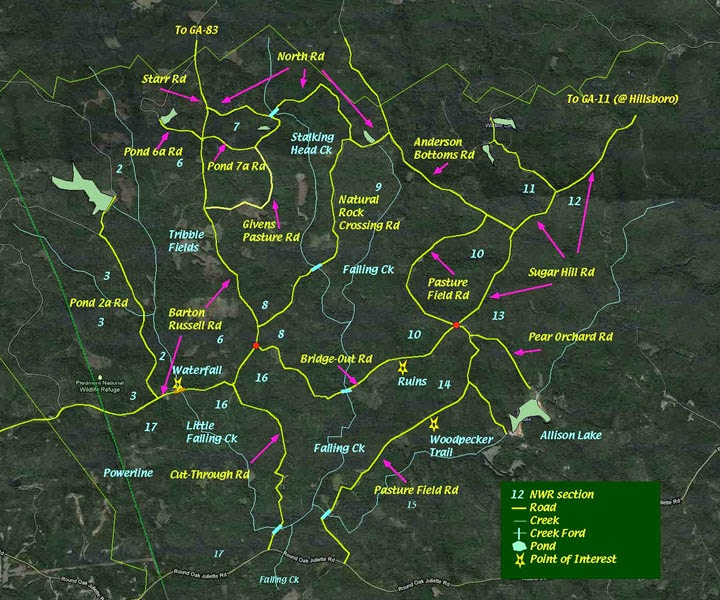 We usually enter from the GA-83 to the north via Starr Road which becomes Barton Russell Road in Jones County. 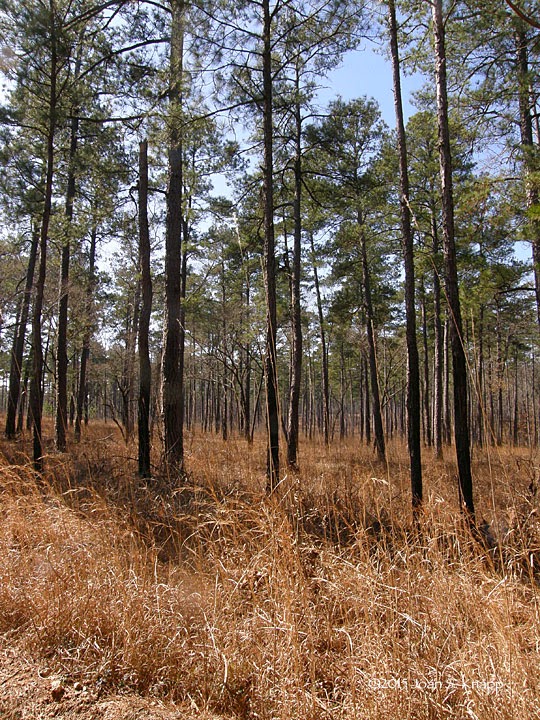 The area immediately north of the refuge is open pine forest. The trees still show signs of a controlled burn made several years ago. 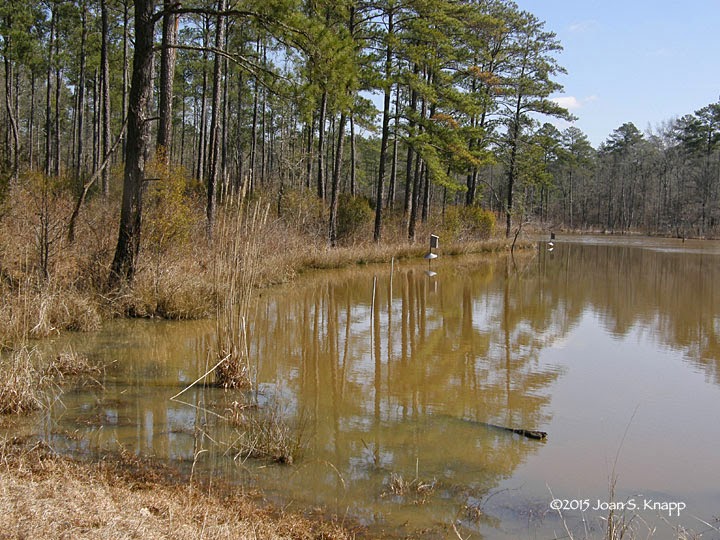 Our first stop is at Pond 6A. The water is still brown from silt suspended by recent rain. 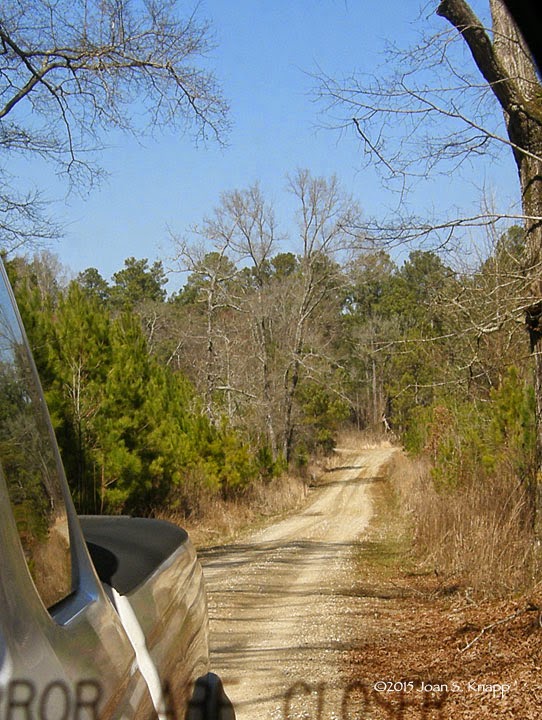 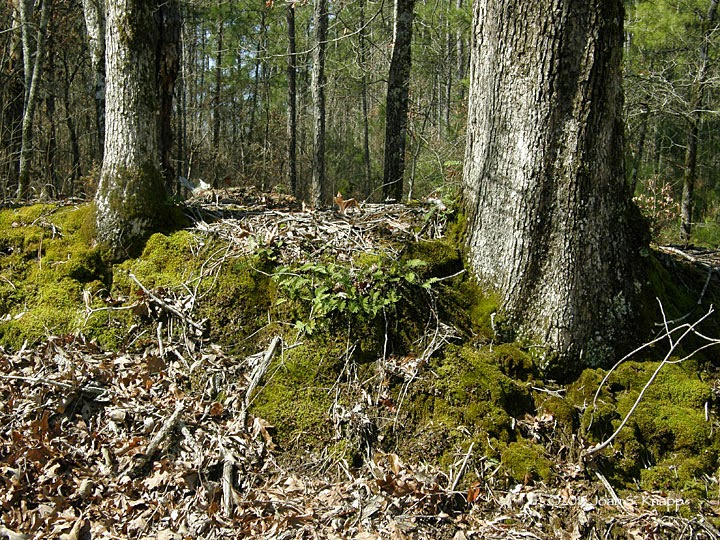 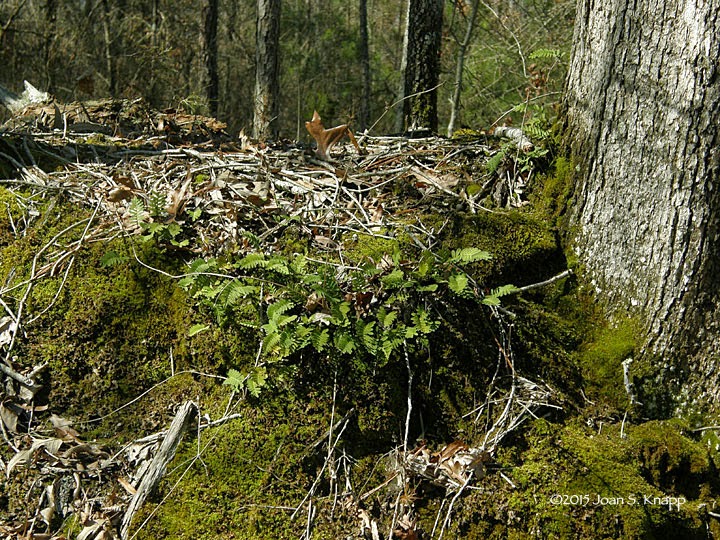 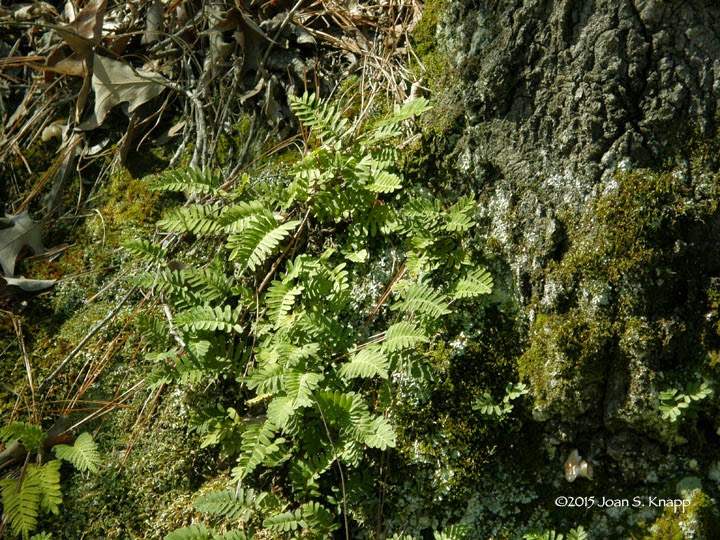 Several old trees on the west side of the cut host colonies of Resurrection Fern (Pleopeltis polypodioides). The fern dries during dry periods and appears to be dead, but then ‘resurrects’ when moisture is available. 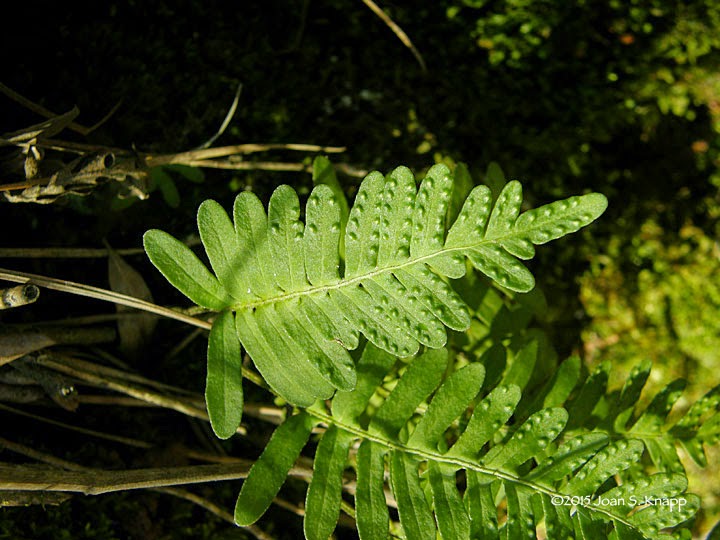 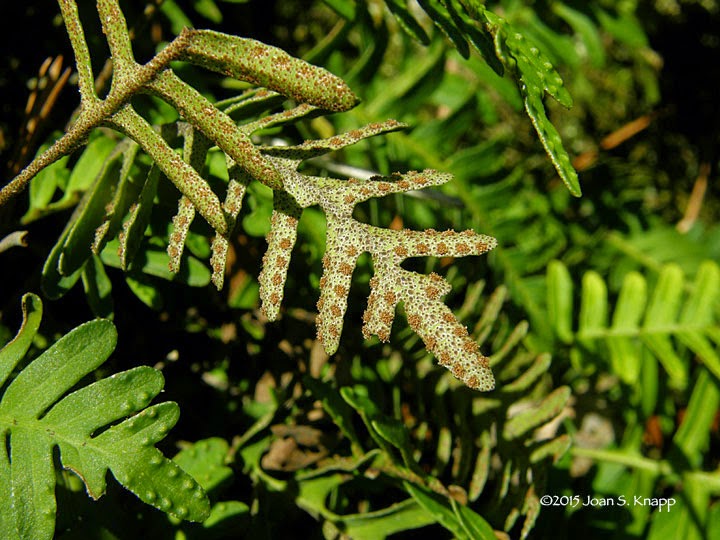 The sporangia from which the spores are released are on the underside of the leaf. 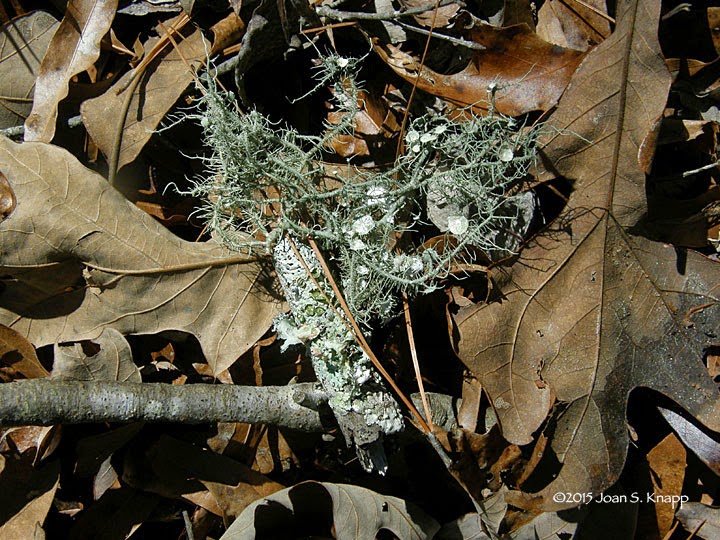 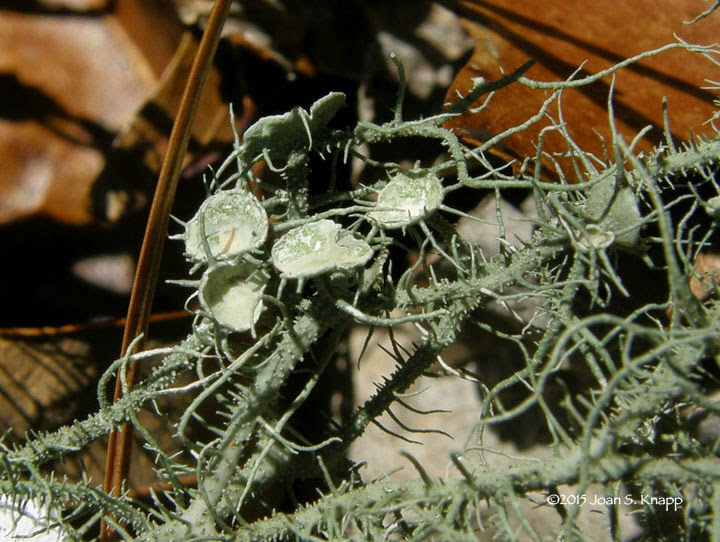 Nearby, I found a nice specimen of Old Man’s Beard (Usnea strigosa) lichen on a fallen twig. The round discs are the fruiting bodies of this lichen. 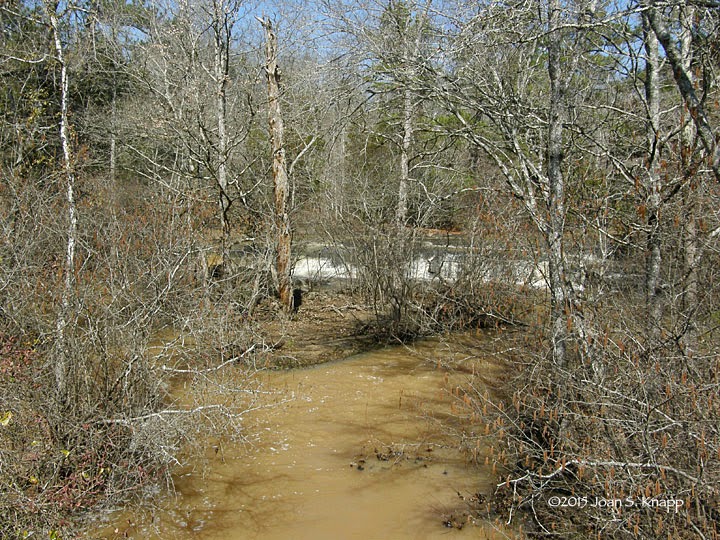 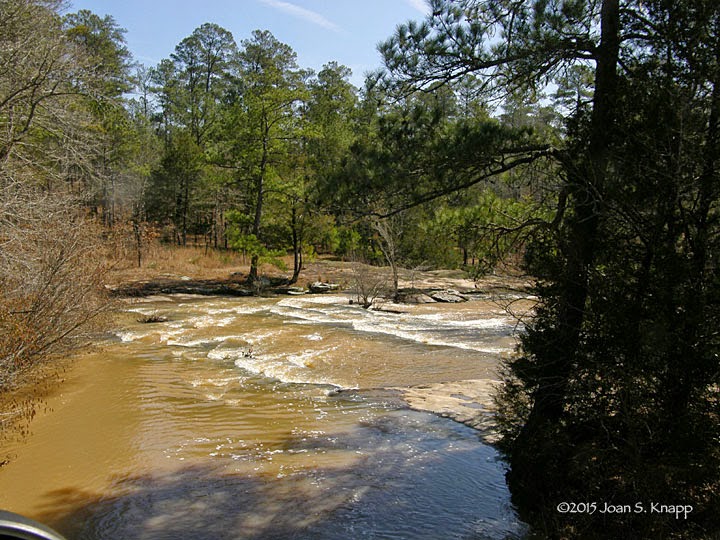 Our next stop is Pond 2A which means crossing Little Falling Creek. The water cascades over a solid rock creed bed at the road crossing. In mid- to late summer, there is often little or no water flow in the creek. On this trip, however, water is flowing. And we could hear Southeastern (Upland) Chorus frogs (Pseudacris feriarum) calling in small pools on the western bank on the south side of the bridge. 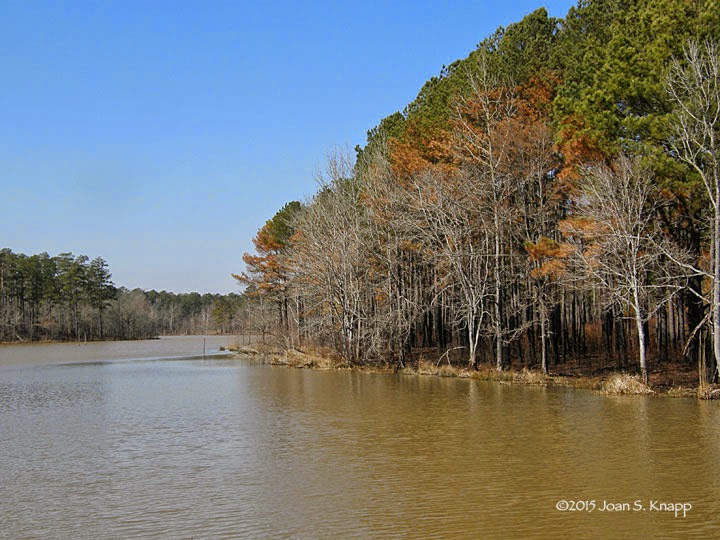 Pond 2A was above full pool due to recent rains. Trees along the north shore were showing damage due to a controlled burn in this area. 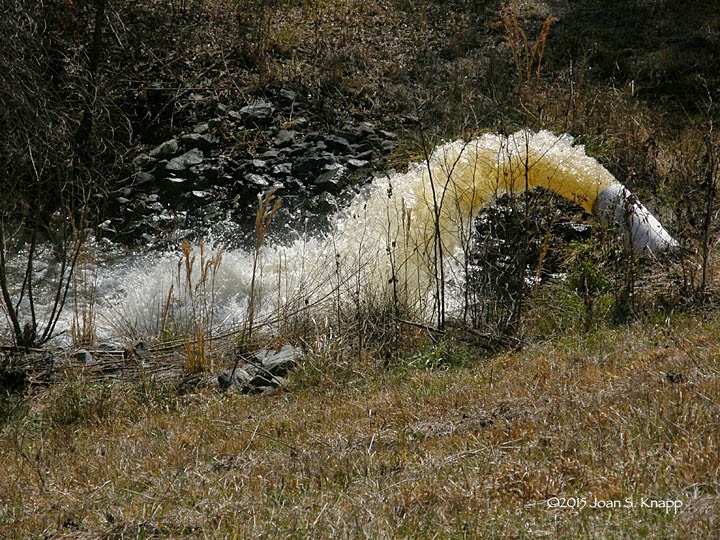 Water was pouring from the overflow into Little Falling Creek. 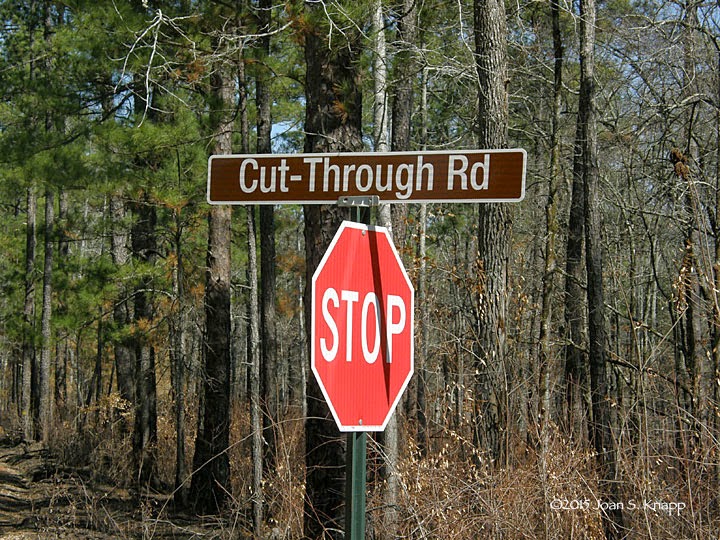 A new addition to the refuge; named road signs (some of which are now also on Google Maps). We have always had to navigate according to the section numbers in the refuge but now we have road names! Cut-Through Road takes us down to Round Oak Juliette Road. 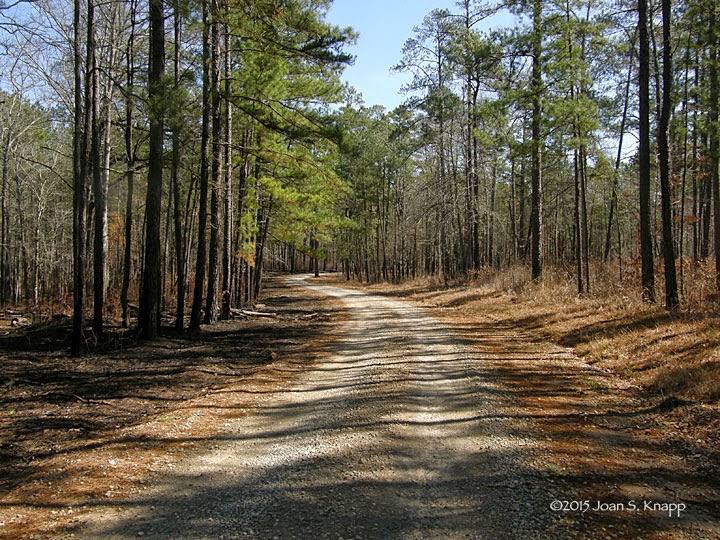 Little Falling Creek has to be forded before we reach Round Oak Juliette Road. The water level was higher than we’ve seen in a long time. 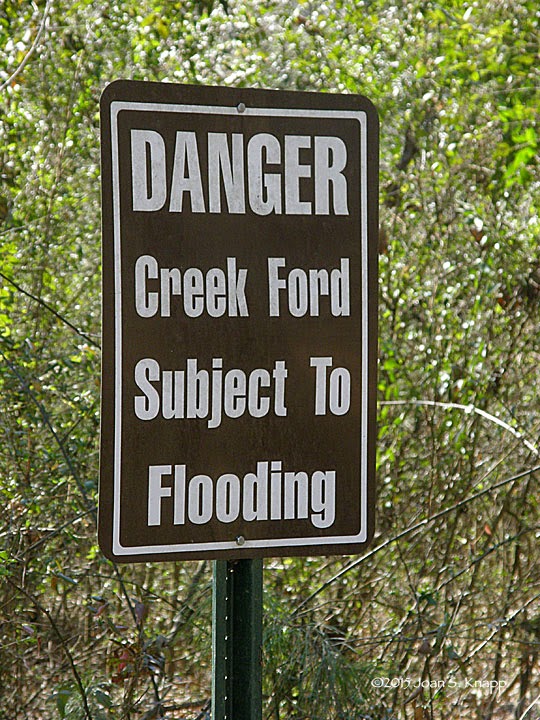 Signs warn of the danger of flash floods. 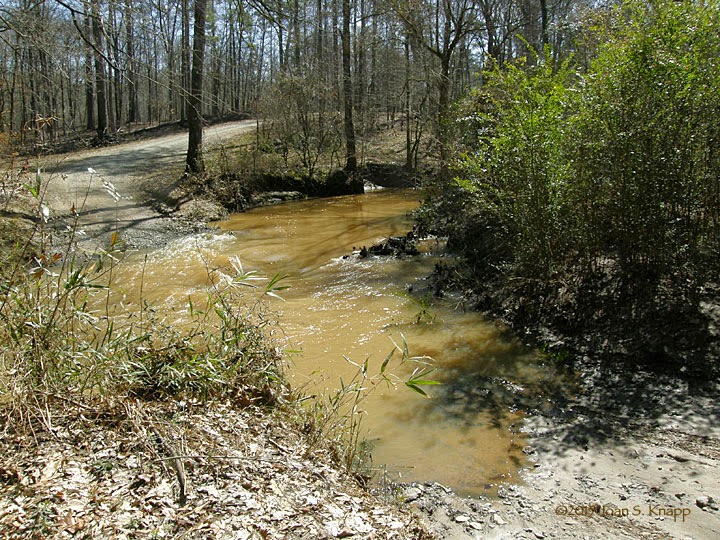 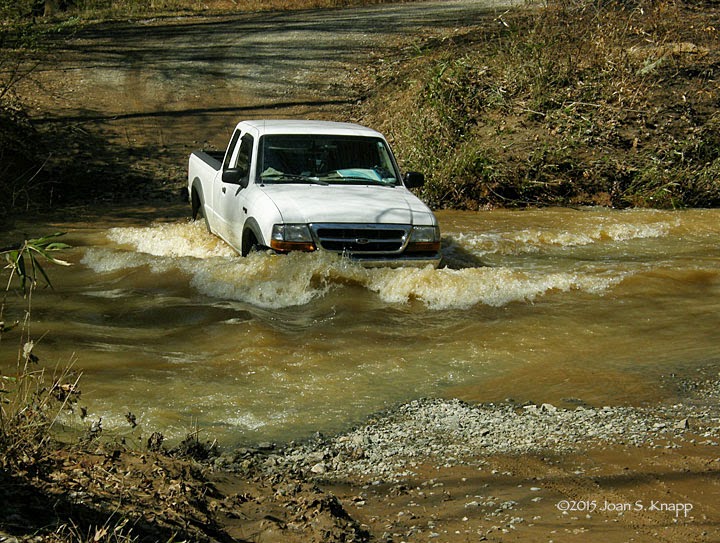 in we go. It looks more dramatic than in actually is. The water level was only as deep as the axle on the Ford Ranger.

We drove down Round Oak Juliette Road and back into the refuge on Field Pasture Road. After fording Allisons creek, it’s time to stop and look for Dimpled Troutlilies on the ledge above the creek.
Posted by JSK at 9:56 PM