March 20th. I’ve started to walk at Fort Yargo State Park in Winder, Georgia.
One of my walks is from the Group Shelter A to the Old Fort and back. This is a rewarding walk for viewing wildflowers 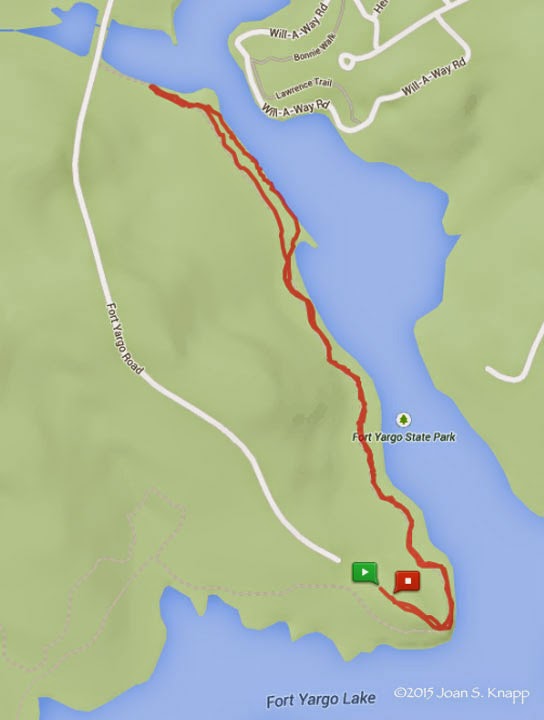 The route which I described here. It was still early in the season and I didn’t expect to find much in the way of plants but the weather forecast was for fog and I wanted to take some photographs along the lake shore in the fog. 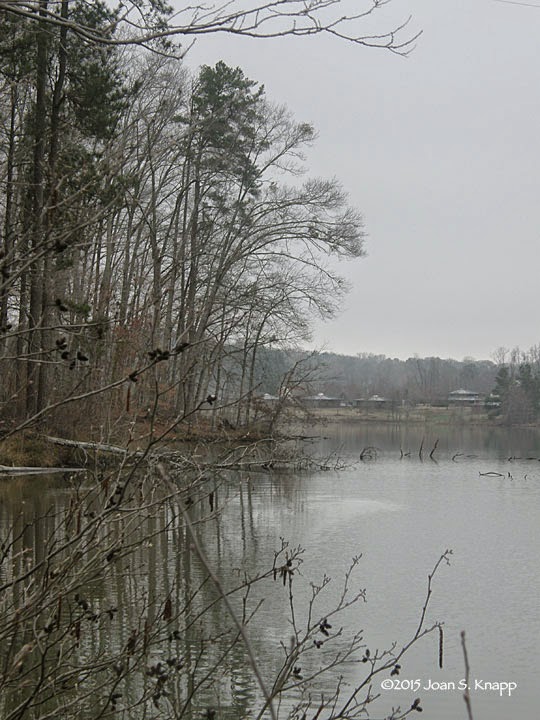 Looking north along the shore. There wasn’t much fog but the atmosphere was quite gloomy. 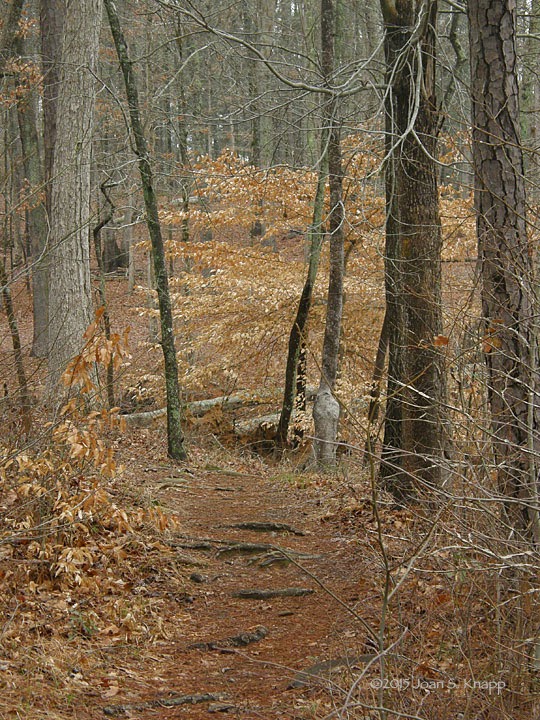 Along the trail. The brown colors provided a sense of warmth.

The lake was full; no sign of the ‘beach’ I saw on my previous walk. 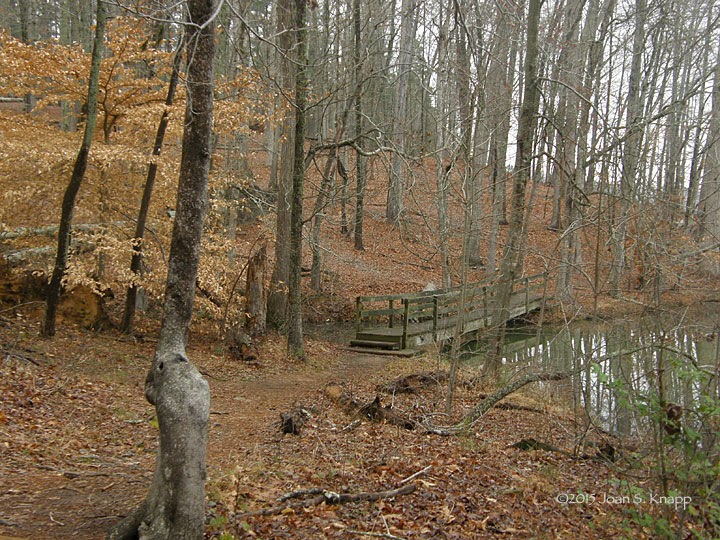 I crossed the bridge. 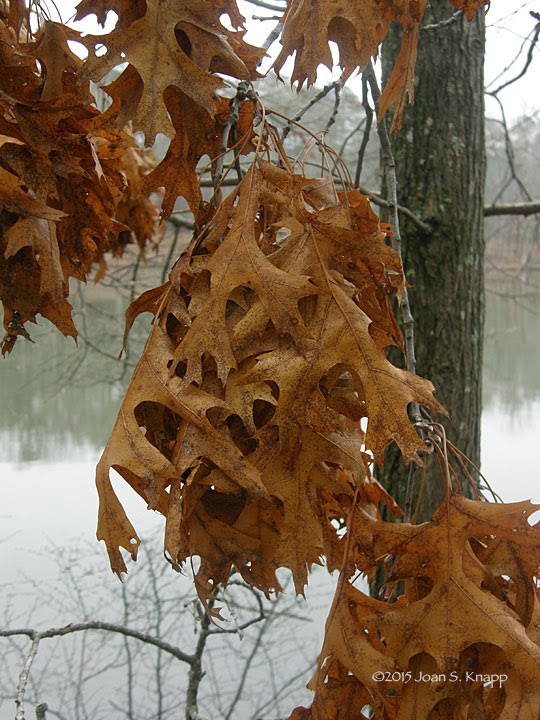 I checked the oak that was still holding onto its leaves. 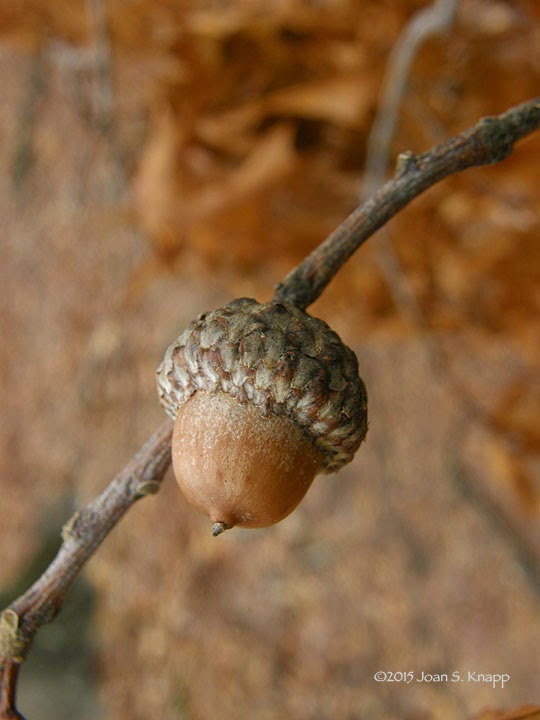 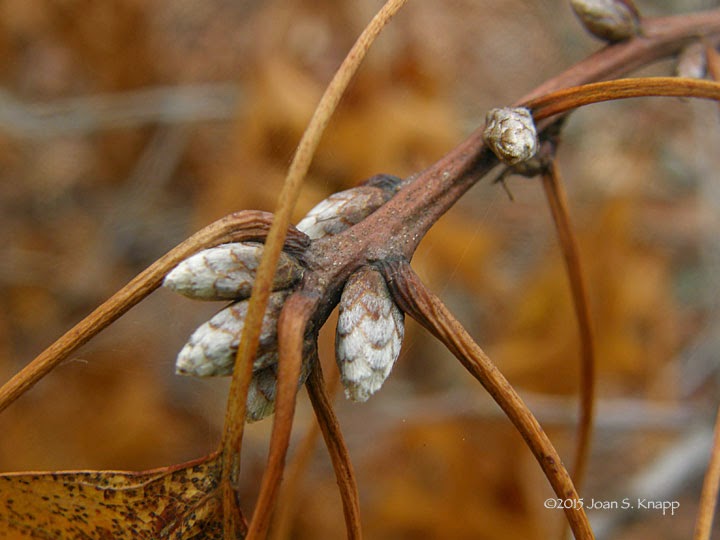 Upon closer examination, I found shoots. 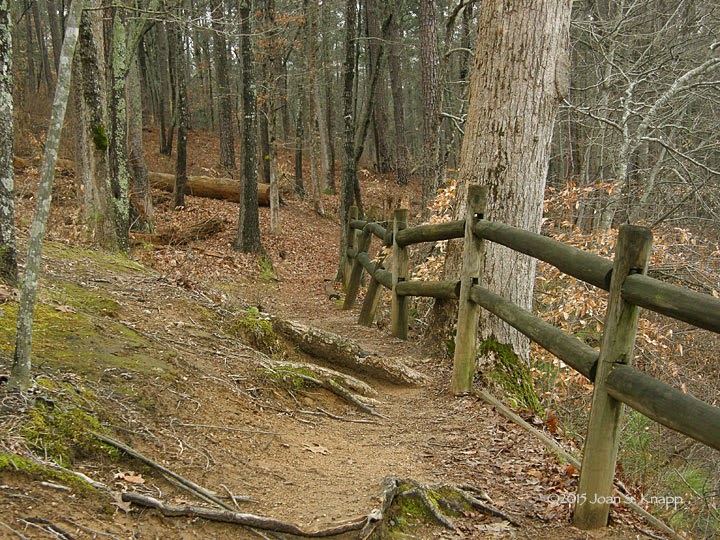 Next to the fence above the cliff. 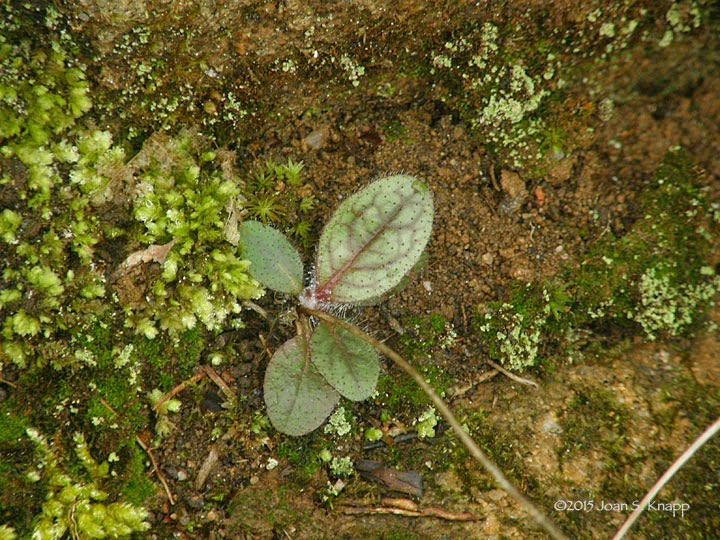 Rattlesnake weed (Hieracium venosum) plants were starting to grow along the embankment. 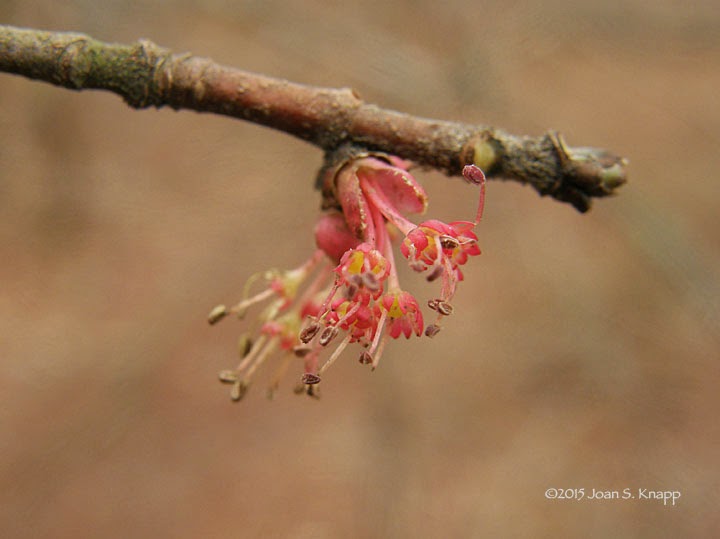 As I came down into the fishing area, I found a Red Maple (Acer rubrum) flower in a branch that had fallen during the recent ice event but which had hung up on another tree branch. 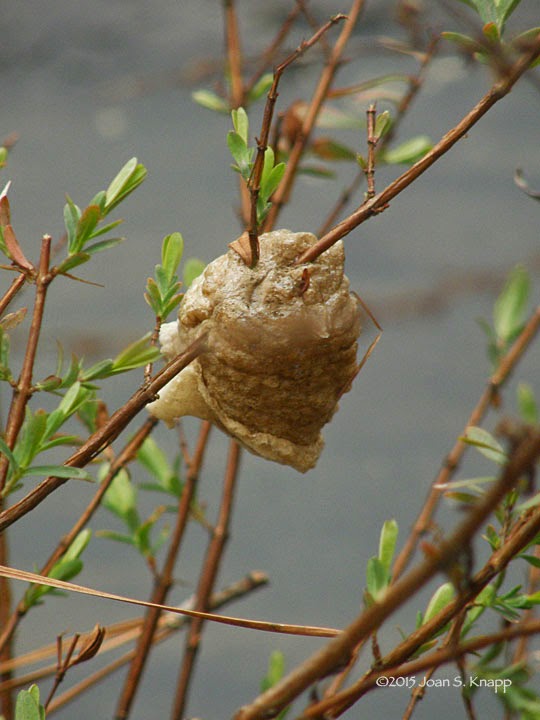 On checking some small shrubs along the shore in the fishing area, I noticed this mantis egg case. 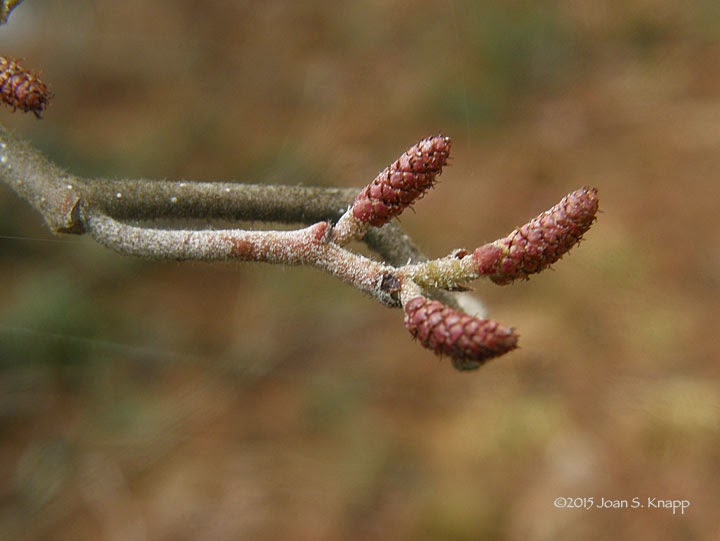 The fertilized female flowers of the Hazel Alder (Alnus serrulata) were starting to swell. 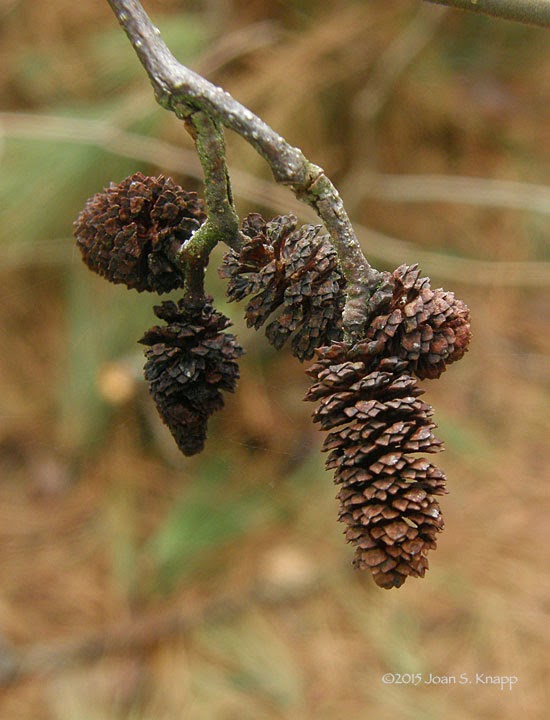 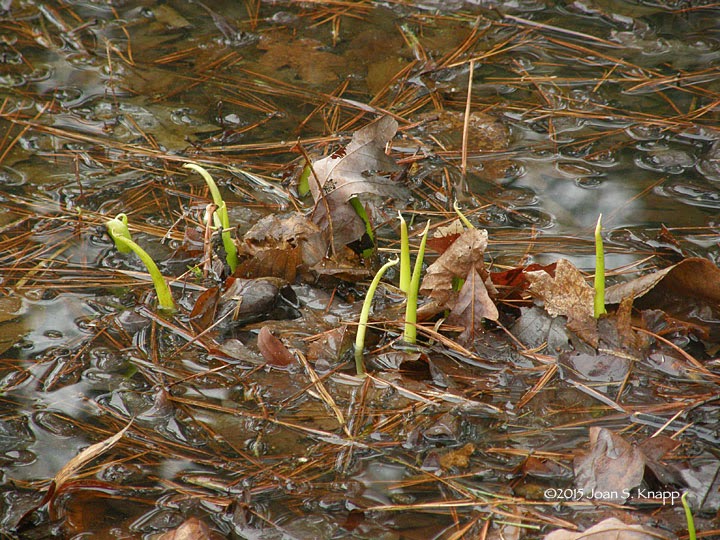 Leaves of the Green Arrow Arum (Peltandra virginica) were pushing up in the shallow waters around the fishing area. 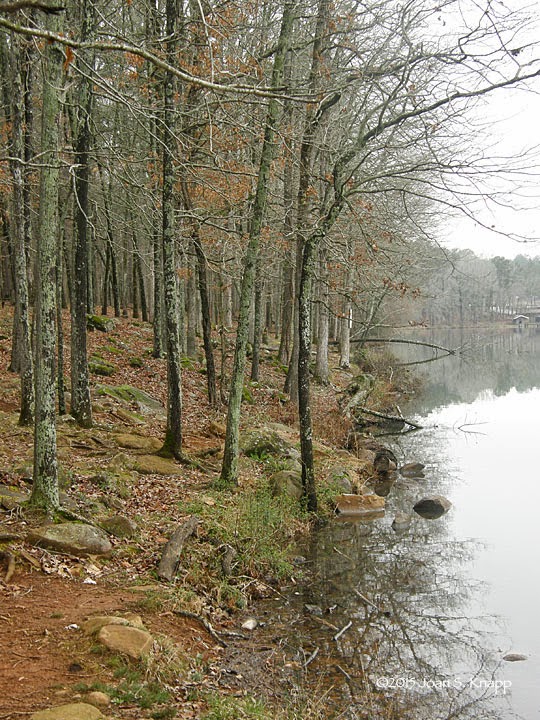 Looking along the ‘Rock Garden’ shore north of the fishing area. On my previous visit, I had to shuffle my way through dead leaves. There was no sign of the path. If I hadn’t known that the path was there, I wouldn’t have walked there. On this visit it was apparent that a few people, probably fishermen, had ventured along the path. 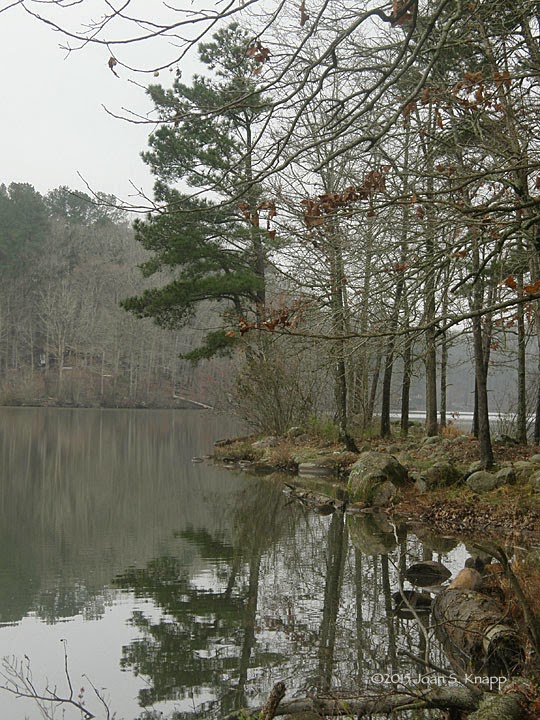 Looking back along the shore to the point at the fishing area. 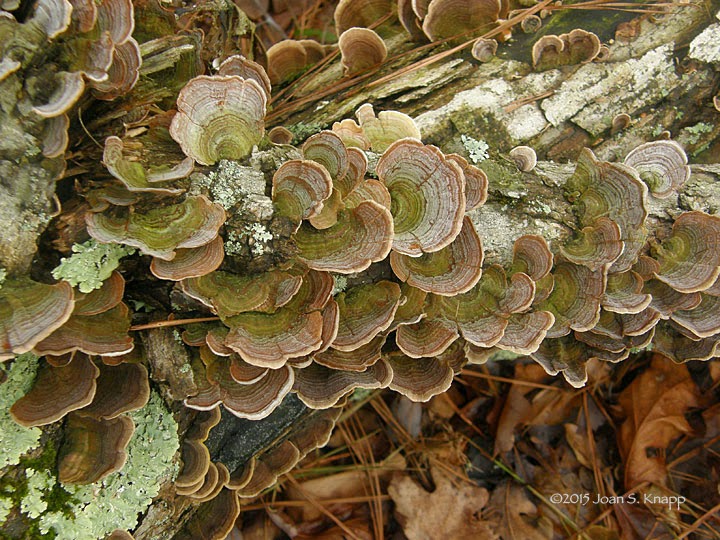 Old Turkey Tail-like bracket fungi that had been colonized by algae. 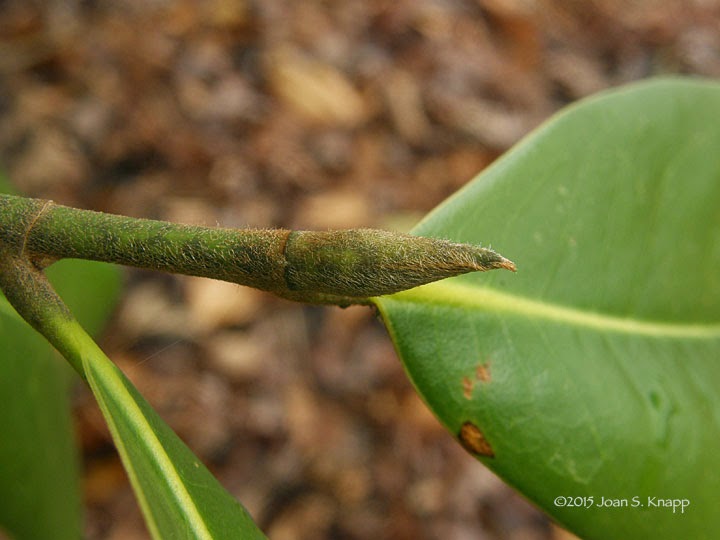 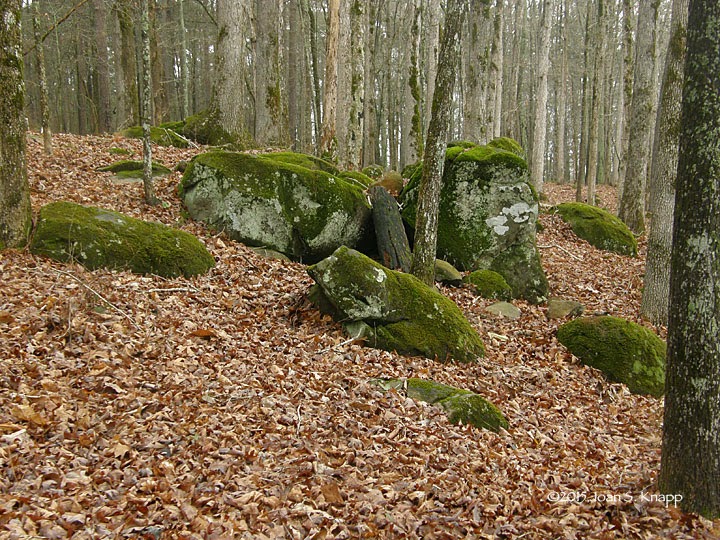 Some of the larger boulders in the Rock Garden. 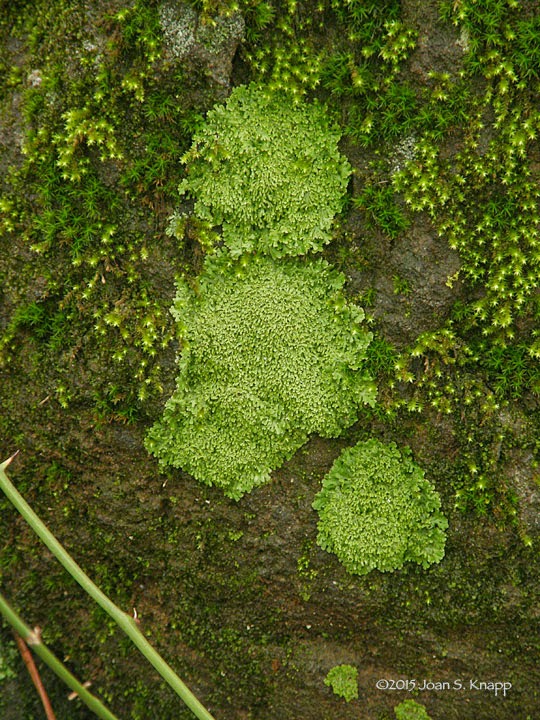 A particularly bright green lichen growing on one of the boulders. 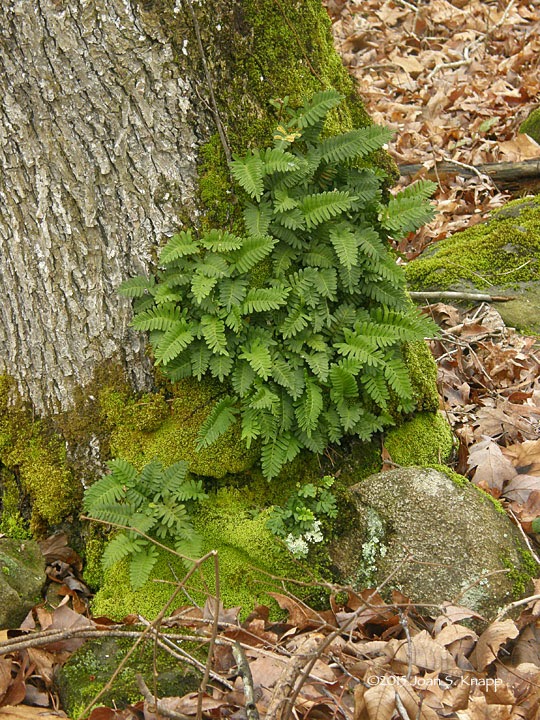 Resurrection Ferns (Pleopeltis polypodiodes) grow on trees and rocks in a very limited area in the Rock Garden. These colonies are at the base of a tree and the rocks nearby. 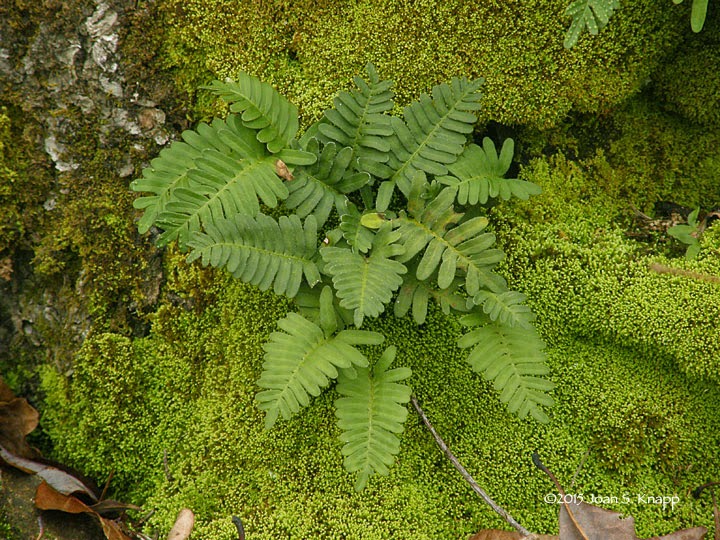 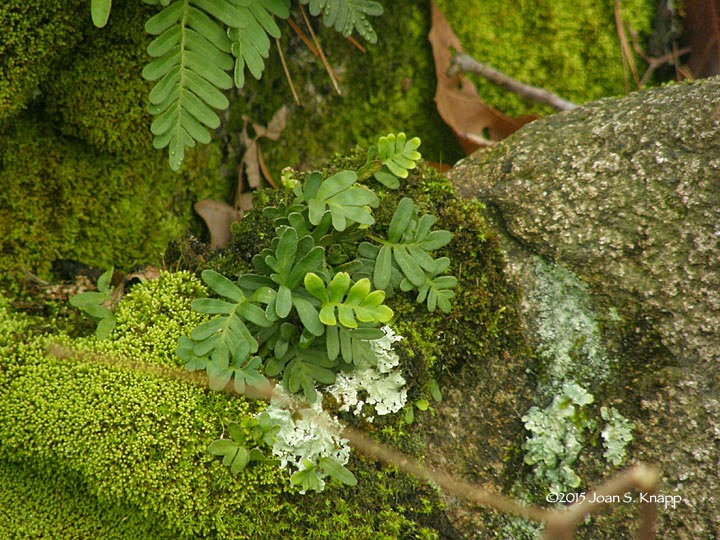 A closer view of the smaller colonies on the rocks. The lower colony is just getting started. 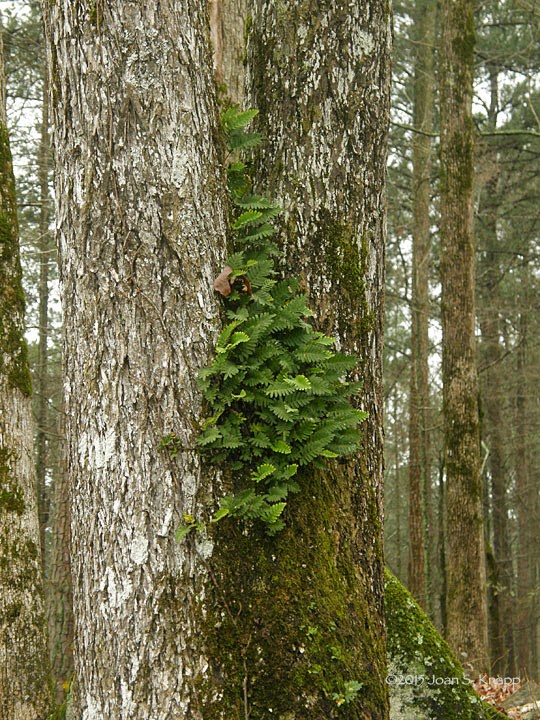 Another colony was growing in the crevice between the split trunk of the tree.
To be continued…