March 23rd, 2015. The Winter bird season is winding down fast now. The number of American Goldfinches and Chipping Sparrows coming to the feeder has decreased to a handful of each compared with the flocks we had a couple of weeks ago. A few Purple Finches still come to the feeders but they’ll be off north soon as will a few Yellow-rumped Warblers that still come by several times each day. 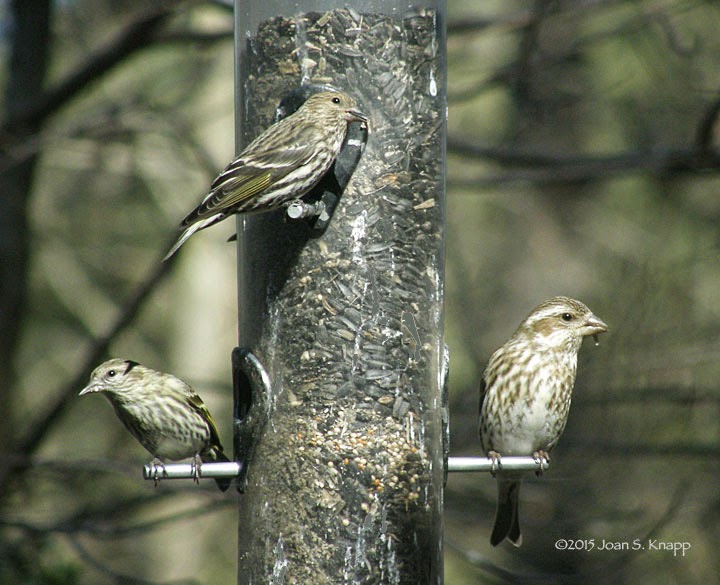 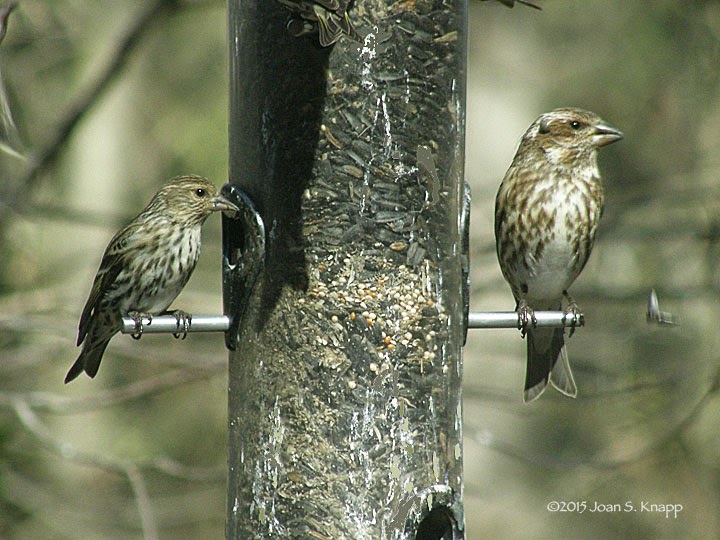 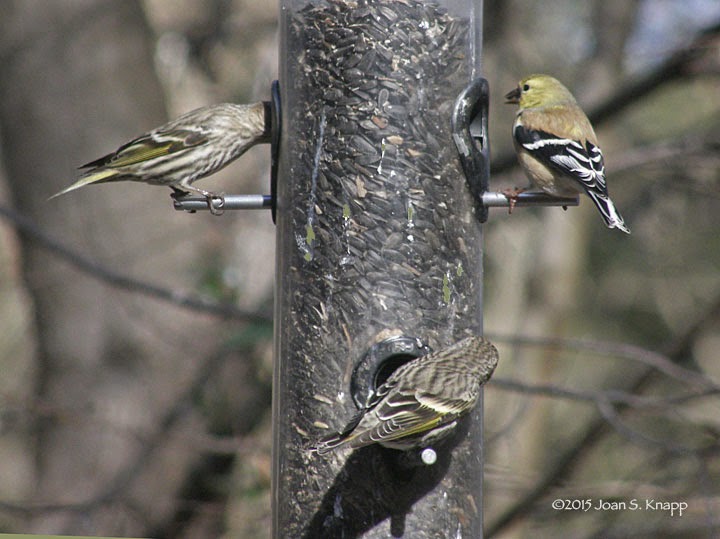 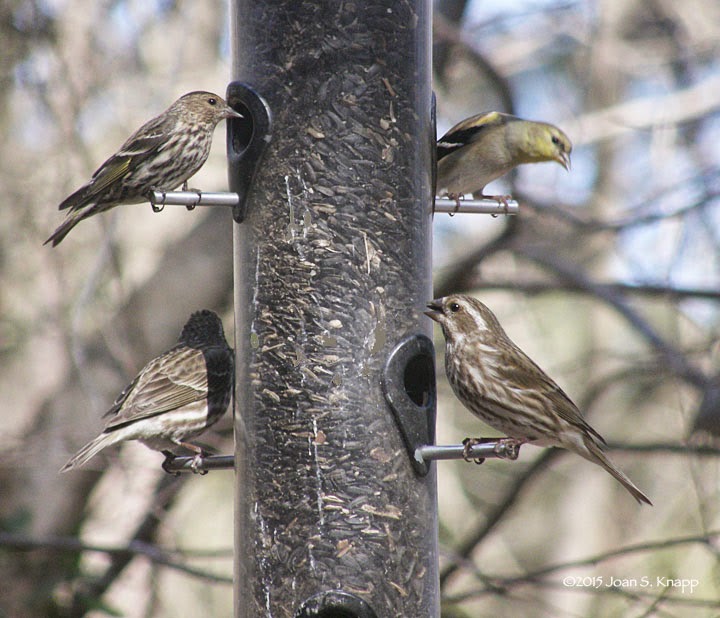 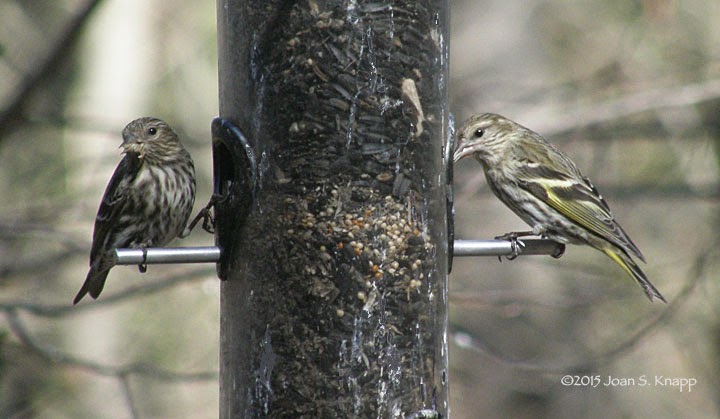 Pine Siskins. The bird on the right shows the cream-colored feathers that are muted in the non-breeding season but which are much brighter in the breeding season.
The Pine Siskins winter in this area but will fly north into Canada and New England to breed.

It's interesting that we didn’t see any Pine Siskins last year but All About Birds comments on the fact that these birds are nomadic and erratic in their distribution across their wintering grounds in search of seed. Thus, the fact that we didn’t see them last year is not unusual. I wonder, now that they know where we live, if we will see them sooner next Winter.
Posted by JSK at 7:55 PM